Amy's Heart: A Mother's Journey To Protect What Mattered Most 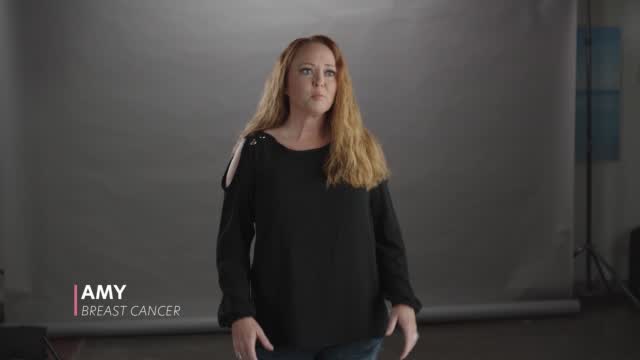 Oklahoma Proton Center: More Than a Cure, Quality of Life 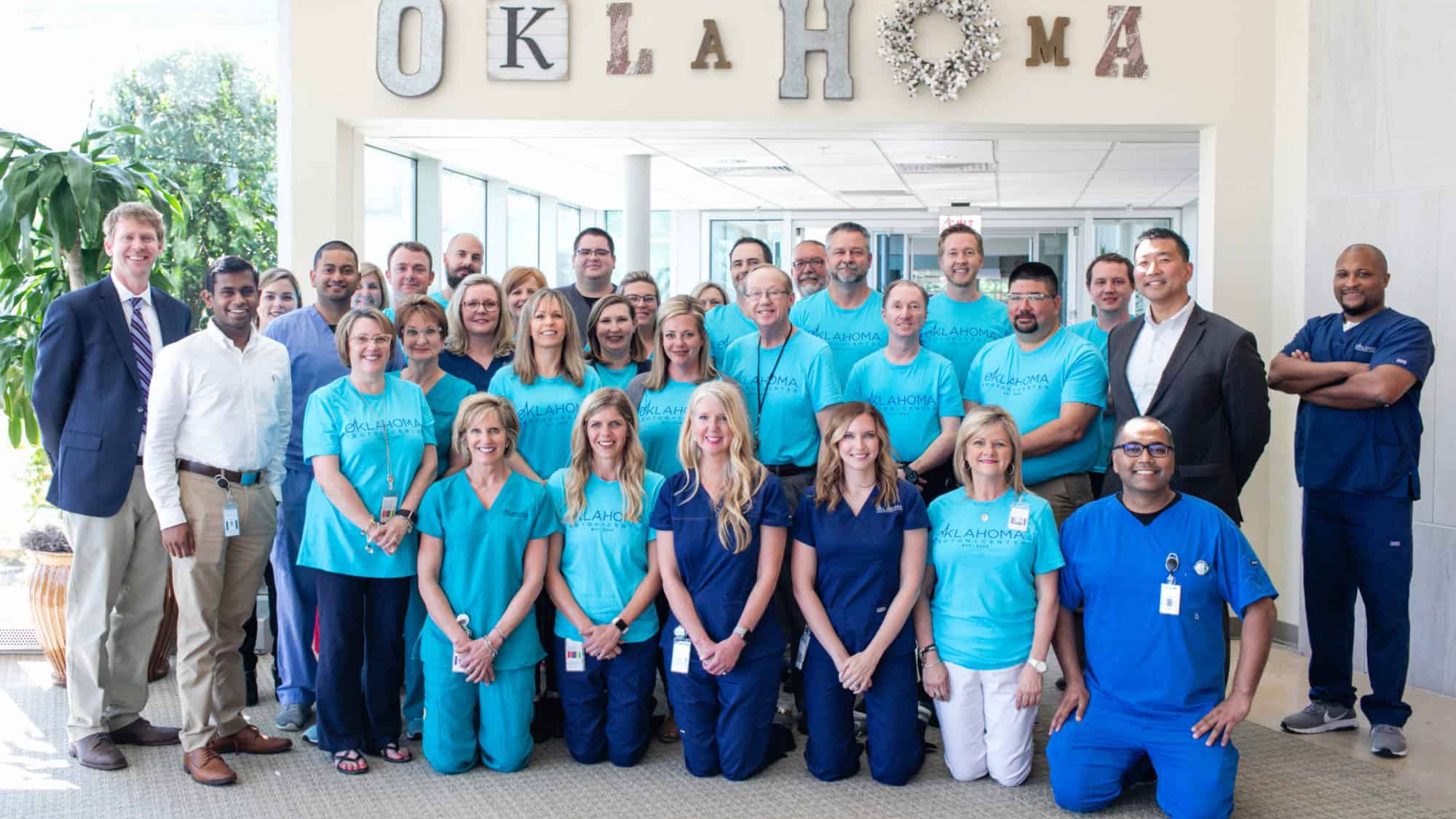 My name is Amy Gray. I am a mother, a wife, a nurse. There are so many words to describe me, yet, cancer survivor wasn’t something I ever imagined I would add to the list.

I found out I had breast cancer in October of 2019. It was DCIS with a triple-negative. The month itself is a blur. It’s hard to remember all of the specifics, and I didn’t have all of the details until later.

The day I do recall specifically, October 4th is when I went for my routine mammogram. I thought everything was fine. I went home to relax after a long day. Then the phone rang. I thought, “Well, that’s strange.” The words that came through on the other end of the line will stick with me forever, “Something is wrong.”

It just shook me to my core. I didn’t know what to think. Cancer wasn’t part of my story.

Further testing was needed, followed by promises that they would get me right in to continue searching for answers. Those days drug on, it felt like, for years. It’s as if your life is just hanging there, and you’re left thinking, “How bad is it?” And of course, your mind always goes to the worst-case scenario. That’s where I was and where my family was. It was hard.

No test result could answer the questions lingering in my mind, “What happens to my children? Can my husband handle this? Am I leaving him in a total disaster?” I hadn’t gotten to see my son graduate yet. My daughter was in high school. My youngest was still really young. I thought, “I’m going to miss everything. Every first.”

That’s what goes through your head, “I’m never going to see him grow up.” Worst case scenario, “They’re going to be motherless.” That was just the hardest thing to swallow. It’s like, “What happens? How do they move on? Where do they go? Who’s going to help them? Who’s going to be that mom?” That’s scary. It’s terrifying.

They did an ultrasound with the first visits and didn’t have a good, clear answer to what was going on. Then came a biopsy, which I thought, “We’re going to have a great answer.” Yet still, there was no clarity. The response was simply, “Well, at your age, since things aren’t panning out the way we need them to, let’s just go ahead and take it out.”

It wasn’t until after the surgery that we found out for sure that it was cancer. You wouldn’t think that’s how a cancer diagnosis would play out. But that’s where I found myself. Post-surgery with a cancer diagnosis. At that point, I was put on a whole new path of thinking, “Well, this is treatable.” They gave me good hopes. I was finally in a place to think, “Great; I can do this. I know I can do this.”

My doctor referred me to Oklahoma Proton Center, where the team started laying out how things should look moving forward. Right when things started to seem hopeful, another bombshell hit. Insurance. It was a nightmare. It was a total nightmare because they denied care.

With proton therapy being out of the picture, I knew that the next recommendation would be traditional radiation. Having a healthcare background, I was scared. I knew the damage conventional radiation could cause. I know what happens after the years go by, and all I could think was, “No, I want proton therapy. I want somebody to fight for me, for this, because my kids need me.” To have something secondary go on after the breast cancer because of the radiation would be detrimental. Detrimental to my kids, to me. I didn’t want my life shortened because of my cancer treatment. I knew the way to go had to be proton therapy.

My tumor was situated over my heart and lung. Typical radiation treatment would have damaged the tissue around my heart and lung, which would cause problems later. With proton therapy, the radiation stops inside the tumor. It doesn’t do all that extra damage traditional radiation would do, and the outcomes are so much better. Especially later on down the line.

I couldn’t face having to struggle with heart trouble and breathing and lung issues. I couldn’t risk the side-effects of traditional radiation. Too much was at stake. For me, it was a no-brainer. Proton therapy is so much better. My life quality was going to be better. I would live longer. The side effects are so much lower.

When I first visited Oklahoma Proton Center, they told me that there was a chance that insurance wouldn’t cover my treatment. They were right; my insurance denied it. But they didn’t end the conversation there. They told me they were going to fight for me.

It went on for weeks, waiting and peer reviews followed by more waiting. When I finally got the call, I saved the message I received from the proton center. When I heard the words, “We have the best news for you,” I just bawled. I bawled like a baby. After so many calls with unwelcomed news, my prayers had finally been answered.

It was then that I decided if I ever had the chance to tell others about proton therapy, I would. That if anybody asked me about it, I would be an advocate. I want people to know how good this is. Like I said, with a medical background, knowing what I know, just that little bit of knowledge is scary. For me, proton therapy was perfect. You can live your life, and you continue on day-to-day. It’s almost like nothing was going on. It’s like I still lived in my world doing my thing, and it didn’t stop me. I felt healthy, and here I am.

I share my story to encourage others. If you’ve been diagnosed, push every chance you get for proton therapy. There are too many good things that you risk losing without it. Push. Push, push, push, push, because somebody is going to listen. They did for me. It’s worth it. It’s worth the fight. It’s worth arguing with people, getting on the phone, talking to insurance companies, and pleading your case. It’s worth it.

I share my story to tell others that proton therapy is the way to go for your future. You always have to look for the future, especially if you’re around my age. You’ve got a long way ahead of you. Proton therapy is going to enhance your future. It’s going to help you get there and fight for it. Talk to people. It’s amazing. It’s allowing me to have a better future without breast cancer and other side effects. It’s so important. Be diligent.

THE FAMILY I FOUND

At Oklahoma Proton Center, every person I met couldn’t have been happier to see me. When you walk through the door, they know you by name and honestly care about you. That’s how I felt when I walked through, “Amy, it’s so good to see you. How is your family? What are you going to do this weekend? What’s this? What’s that?”

For that moment, I didn’t have cancer. It was me talking to my friends, and you don’t get that many places. They do more than fight for you. You can’t walk into another facility and be treated

like family the way you are at Oklahoma Proton Center. It’s as if they’re there for you and only you. They’re there to make you better and to make your future better. It’s wonderful. I couldn’t imagine going to another random place and being shuffled through the system.

To learn more about the benefits of proton therapy CLICK HERE

Amy's Heart: A Mother's Journey To Protect What Mattered Most