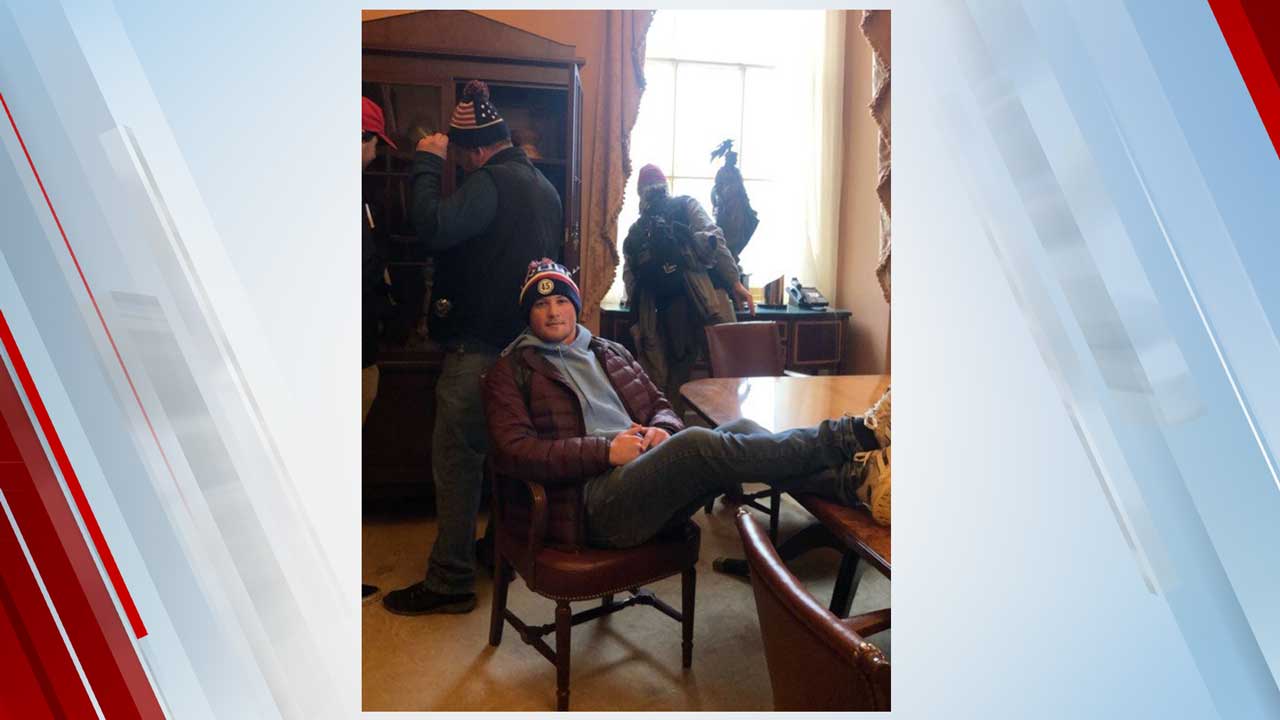 Court records show a 23-year-old Muskogee man is facing federal charges in connection with the riot at the U.S. Capitol on January 6th.

Prosecutors say Andrew Ericson was part of the group that breached the Capitol building while Congress was convened to count the electoral votes. According to court records, federal prosecutors say Ericson recorded himself and took photos on Snapchat during the attack.

They say his name was fully visible on the Snapchat recordings, and those recordings can be traced back to the account owner. He's charged with unlawful entry and disorderly conduct. According to reporting from Muskogee Now, "Ericson is the son of Tulsa attorney and former Oklahoma State representative from Muskogee Stuart Ericson."