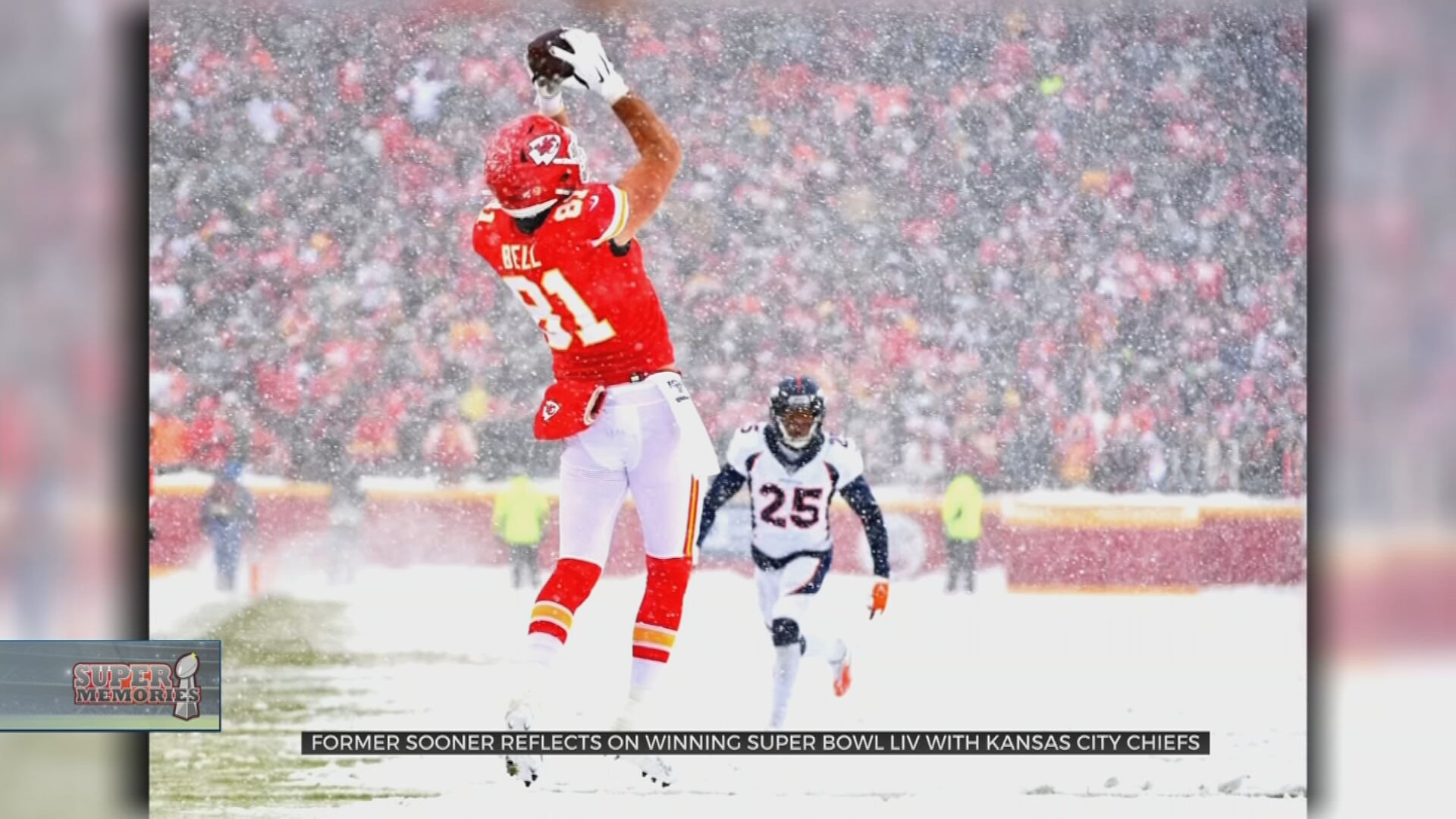 Blake Bell was born in Wichita, Kansas and comes from a family with deep NFL roots.

“(My) uncle played 12 years for the Chiefs, dad played seven years for the Colts and Seahawks,” he recalled. “Growing up they were coaching us, you know, my brother and cousins. It was fun man.”

Bell was a quarterback in high school and at OU.

“I was a quarterback through and through. Grew up playing that position,” Bell told News on 6’s Dusty Dvoracek.

It was at OU where the Belldozer was born.

“I loved it,” said Bell. “The fans, they loved it too. And they came up with the nickname. A lot of people said, ‘Did you give yourself the nickname?’ I said no. We left it up to them.”

After being a backup to Trevor Knight for three seasons, Bell moved to tight end. The position stuck. Bell was drafted by the San Francisco 49ers in the fourth round of the draft. After a short stay there, he would go to the Vikings and Jaguars before etching out a role with the Kansas City Chiefs.

“Going to the Chiefs turned everything around for me,” he said. “I felt like I got a lot of momentum and learned a lot there.”

One of his biggest moments with the Chiefs came on their run to the Super Bowl scoring a touchdown during the AFC Championship Game.

“I kind of remember thinking what do I do here? And I just went and jumped in the stands and the rest is history,” Bell said.

The Chiefs went to the Super Bowl playing the San Francisco 49ers.

“That’s the team that drafted me and let me go. So, in the back of your mind any player would kind of want that a little bit more,” Bell said.

Despite the bitter feelings, the focus was on the game and living in the moment.

“That’s what you dream about as a kid growing up. That’s why you play the game. You just get an opportunity to play in the Super Bowl. It was incredible.”

The Chiefs won Super Bowl 54, 31-20. Soon after he would meet with his family and teammates to celebrate.

“Just after the game, seeing my uncle and all the guys and ambassadors that used to play and just all the years and hard work and time that they put into it. You know them just being there and getting to enjoy the process with us. It was amazing,” Bell said.

Days later, it would be time to celebrate with the fans.

“There was a million people out there hanging from the car garages outside,” he said of the parade. “They were like, ‘Hey it’s cold out here we got to celebrate as well,’” Bell said.

While Bell has moved on, playing for the Cowboys this season, he said he still can't believe he's a Super Bowl champion.

“I think as the years go on and you kind of go to events and you get an opportunity to put that ring on and show people, I think it will set in every year, I guess. While I’m still playing to get another one. I guess that’s the goal,” Bell said.