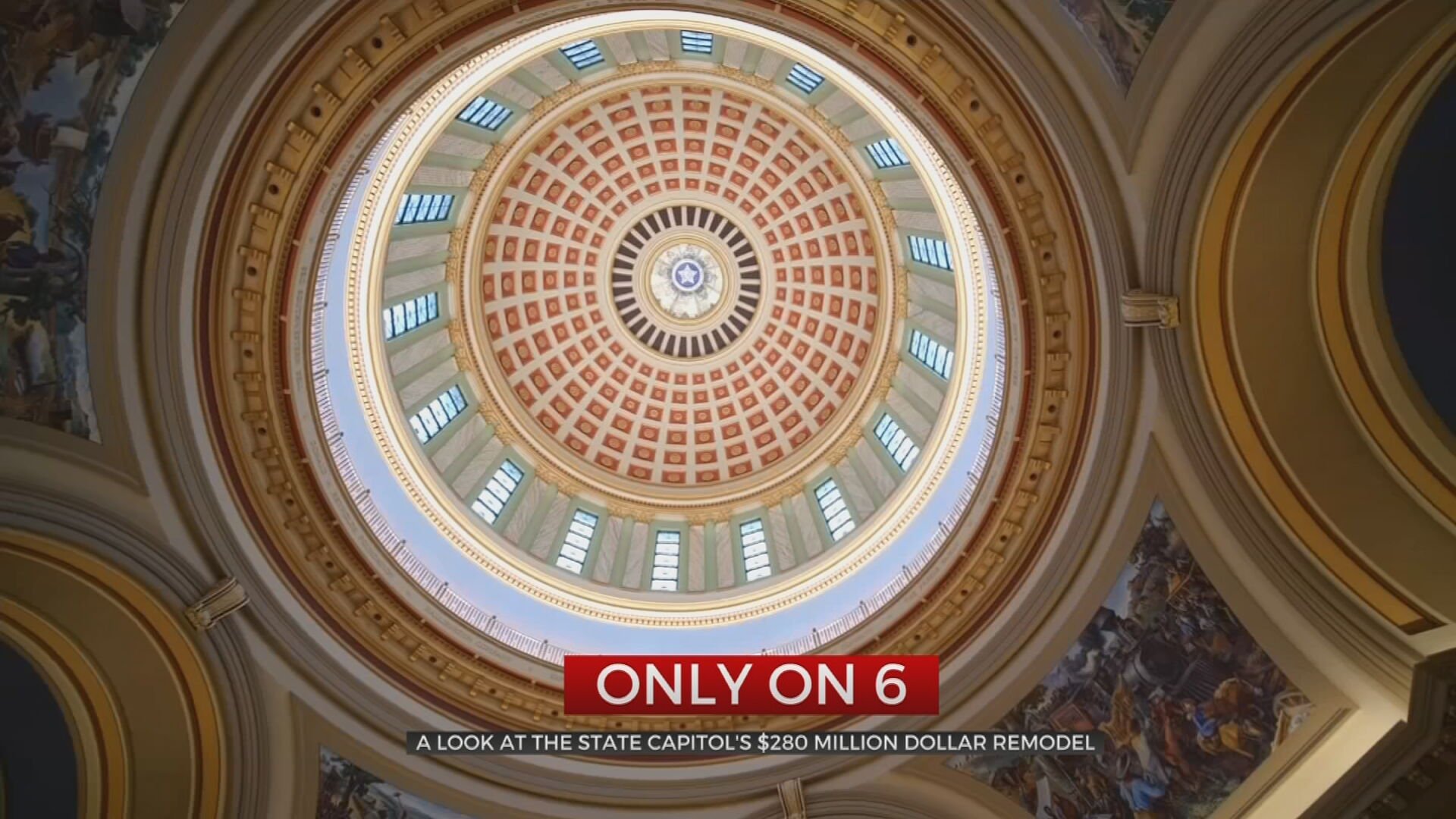 From the political fight for the funding to the final touches, the capitol renovations have taken almost a decade. Now, they are finally nearly complete just in time for the next legislative session.

“The Rotunda’s my favorite part, just looking up at the ceilings and the state seal and it’s just beautiful,” said Governor Kevin Stitt who gave News 9’s Kelly Ogle an exclusive tour of the renovations. “It’s the people’s house. It just kind of takes your breath away every time you come into the building.”

Legislators battled for years trying to pass the bonds to pay for the repairs. Construction began in 2015 and cost $280 million.

“It’s amazing and it’s really a testament to all the people who came before us and the foresight to build this great building,” said Stitt.

Moldings and paintings hand crafted a century ago were once again painstaking repaired and recreated. A beautiful brand-new visitor's center greets guests as they walk in the front door. Touchscreens help visitors find their way around. The governor even showed News On 6 around his personal office. His desk was found in storage and belonged to Dean McGee of Kerr-McGee. The conference room is furnished with a key piece donated by another Oklahoma titan.

“This is T-Boone Pickens’ conference room table that he had in his office in Dallas,” explained the governor. “It’s a replica of the one at the White House.”

The capitol renovations go from the top of the rotunda to below the basement floor, but the most necessary work is what you can't see.

“It was probably at its last gasp,” explains Steve Harpe, Executive Director of OMES. “If The state didn’t take it on when we it did who knows where it winds up. It was literally falling apart.”

Plumbing, electrical and mechanical systems were redone. A new copper roof will keep water from leaking into the building. Limestone on the front of the building was repointed to prevent it from falling off. 400-tons of asbestos-containing material was removed. The building is now ADA compliant.

Representative Mark McBride (R) was there when the original bond was passed and is the only legislator to serve on oversight committee for the renovations since the beginning.

He owns a Moore construction company and has been up at the capitol a lot keeping a close eye on the project for the past five years.

“I would even call and gripe like ‘Hey there’s a bolt sticking out of this wall and somebody will hook their leg on it or tear their stockings when they’re walking by,” McBride said.

He calls the renovations his greatest legacy and takes personal pride that they are on budget and on time.

“The thing people had to understand is I promised people and not only people in here, people in the state of Oklahoma that their tax dollars would be used wisely,” McBride said.

“I’m just excited to be the Governor, the 28th Governor, and be a part of the renovations to bring it back to its glory,” said Stitt.

A capitol building, Governor Stitt says, is second to none other in the country and a place the people of Oklahoma should see for themselves and take great pride in.

“I think when people come and see this building it’s going to renew their hope and spirit in Oklahoma,” said Harpe.