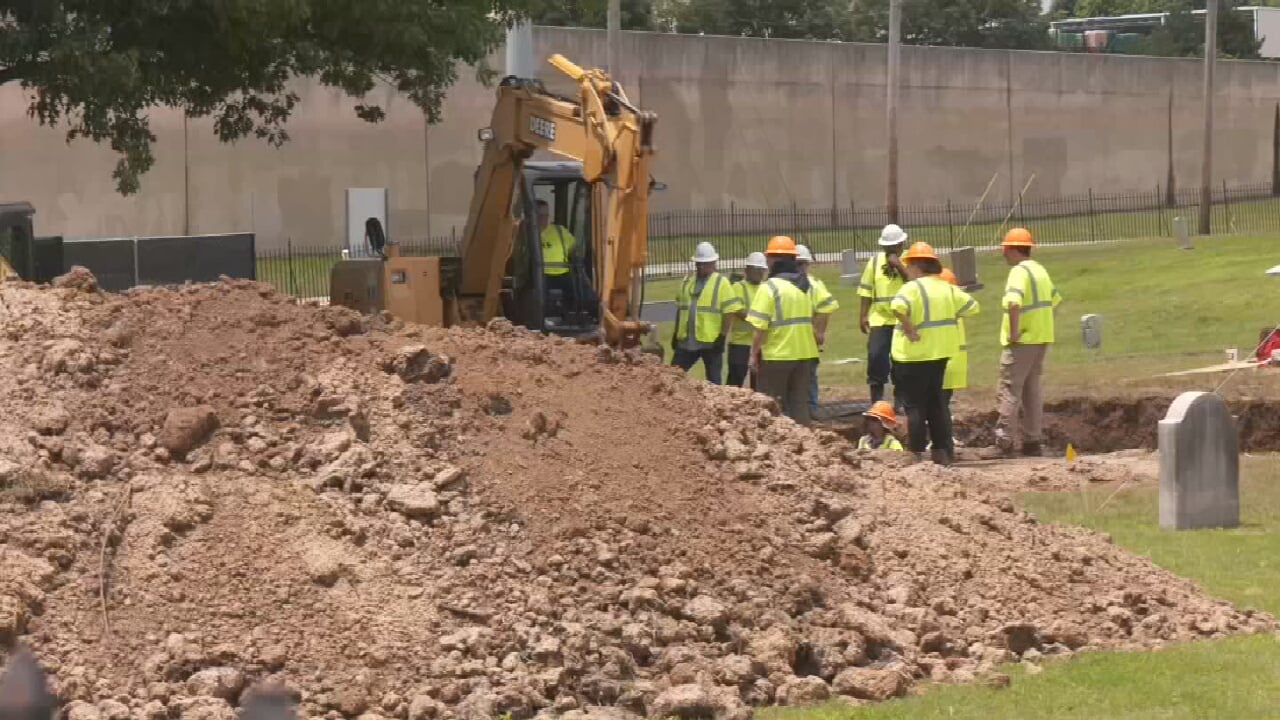 Archaeologists said they discovered several more coffins in their search for victims of the 1921 Tulsa Race Massacre at Oaklawn Cemetery.

Starting Monday, the team will have some help on the ground, after the city hired a company called "Cardno," which has experience working in cemeteries.

A total of eight people from Cardno will be here to help and the city expects them to stay in Tulsa for six to eight weeks. State Archaeologist Dr. Kary Stackelbeck said that the group will be doing careful work by hand, to remove the remains from the ground so they can be studied.

It is too soon to know if the remains found are connected to the massacre. That is what the scientists will be working to figure out all summer.