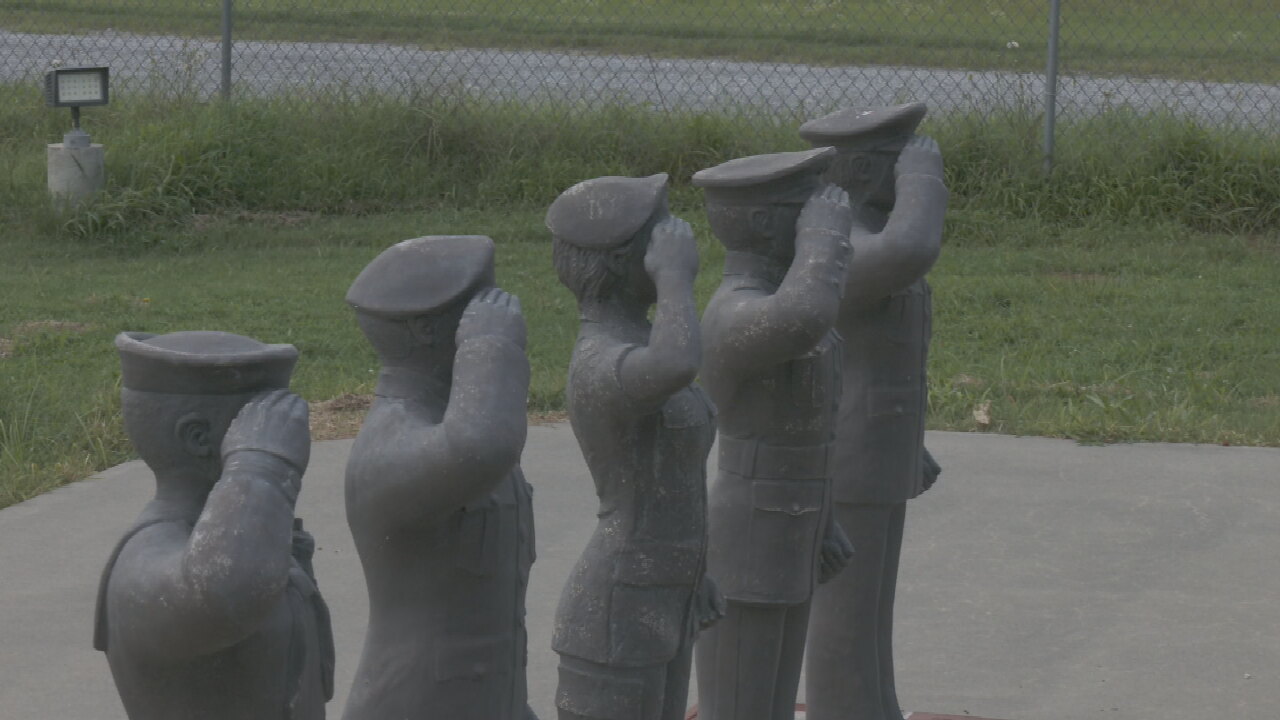 A veteran is raising money to install a bronze statue for a Medal of Honor recipient from Muskogee, who was killed in action.

Navy commander Ernest Evans grew up in Muskogee. When Stephen Reagan found out there was nothing about the Medal of Honor recipient at the Muskogee War Memorial Park, he wanted to change that.

Ernest Evans received the Medal of Honor for his actions during the Battle of Samar.

"You couldn't read about him and not realize what a hero he was,” Reagan said.

20-year Navy veteran Stephen Reagan believes everybody should know about commander Evans, especially people from the city Evans grew up in.

“The compelling part of his story was on October 25, 1944, in one of the biggest naval battles in history,” Reagan said.

Evans was the commander of the USS Johnston. His ship, along with several other destroyers, forced a Japanese battlegroup to abort its mission to attack the landing beaches of the Philippines.

“He fought such a hard fight that the Japanese thought they were fighting a much bigger force,” Reagan said.

The Johnston sank in battle, and Evans and 182 crewmen were lost at sea.

The wreck of the Johnston was surveyed earlier this year, more than 21,000 feet below the surface.

Stephens said his dream is to install a 40,000-dollar bronze statue of Evans at the Muskogee War Memorial Park.

So far, he's been able to raise more than half of the cost. Reagan believes it would help keep Evans' legacy alive in Muskogee.

To see how you can help get the statue of commander Evans installed at the War Memorial Park, CLICK HERE