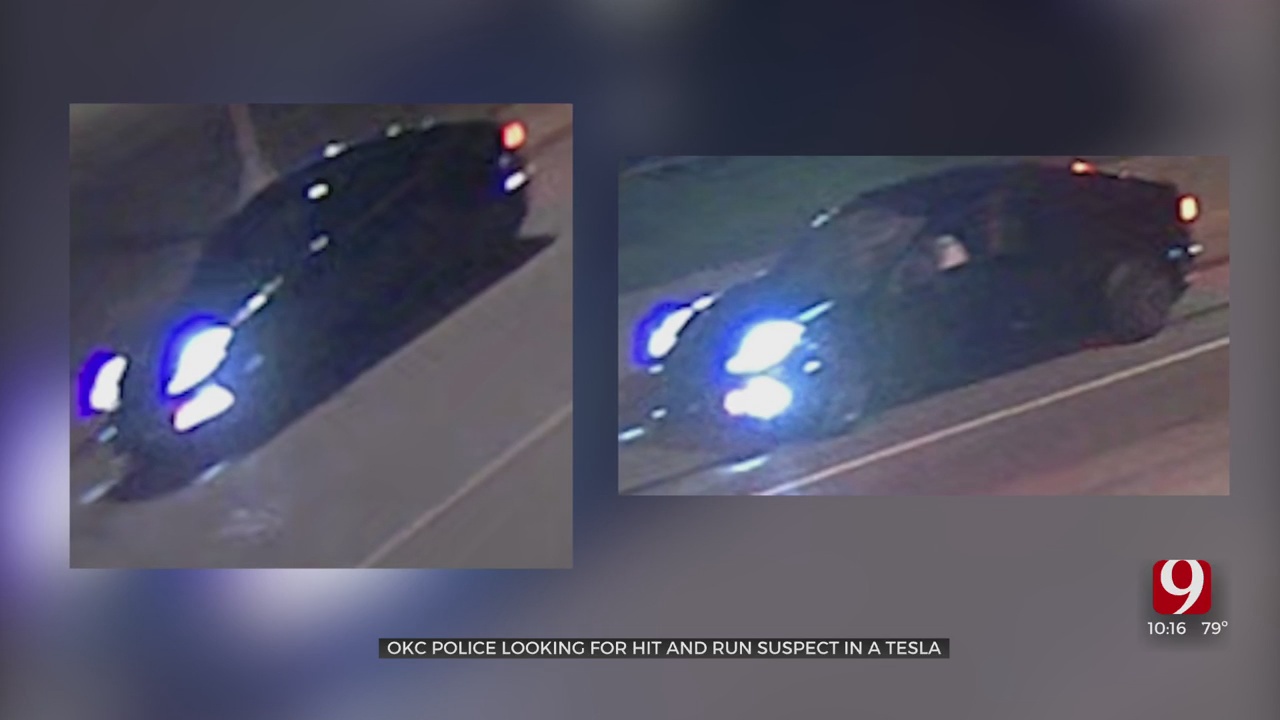 The Oklahoma City Police Department is searching for the driver of a Tesla accused of hitting two pedestrians in Bricktown.

The collision happened early Sunday morning in the 300 block of Johnny Bench Drive near the Bricktown Ballpark.

Tommy Ugelan said he and a friend were on their way home at the time the crash happened.

Ugelan said his leg hit the vehicle’s side mirror.

“(I’m) pretty sore, it’s getting better,” Ugelan said. “The bruise is starting to get a lot more darker and the swelling is going away.”

Police said Ugelan’s friend remains in the hospital and will need plastic surgery.

Ugelan said it happened so fast.

“It just didn’t seem real,” Ugelan said. “A normal human would stop and figure it out and be responsible for it. This person just wasn’t a normal human being.”

The suspect’s vehicle is described as a black Tesla Model 3 and is said to have heavy front-end and windshield damage. A side mirror is also missing from the vehicle.

Police said it’s unclear if the vehicle was on autopilot at the time of the crash.

“That’s really going to be up for the investigators to decipher,” Oklahoma City Police MSgt. Dillon Quirk said. “I know that they are working through all possibilities and leads right now throughout the course of this investigation.”

Anyone with information is asked to contact Crime Stoppers at 405-235-7300 or www.okccrimetips.com.