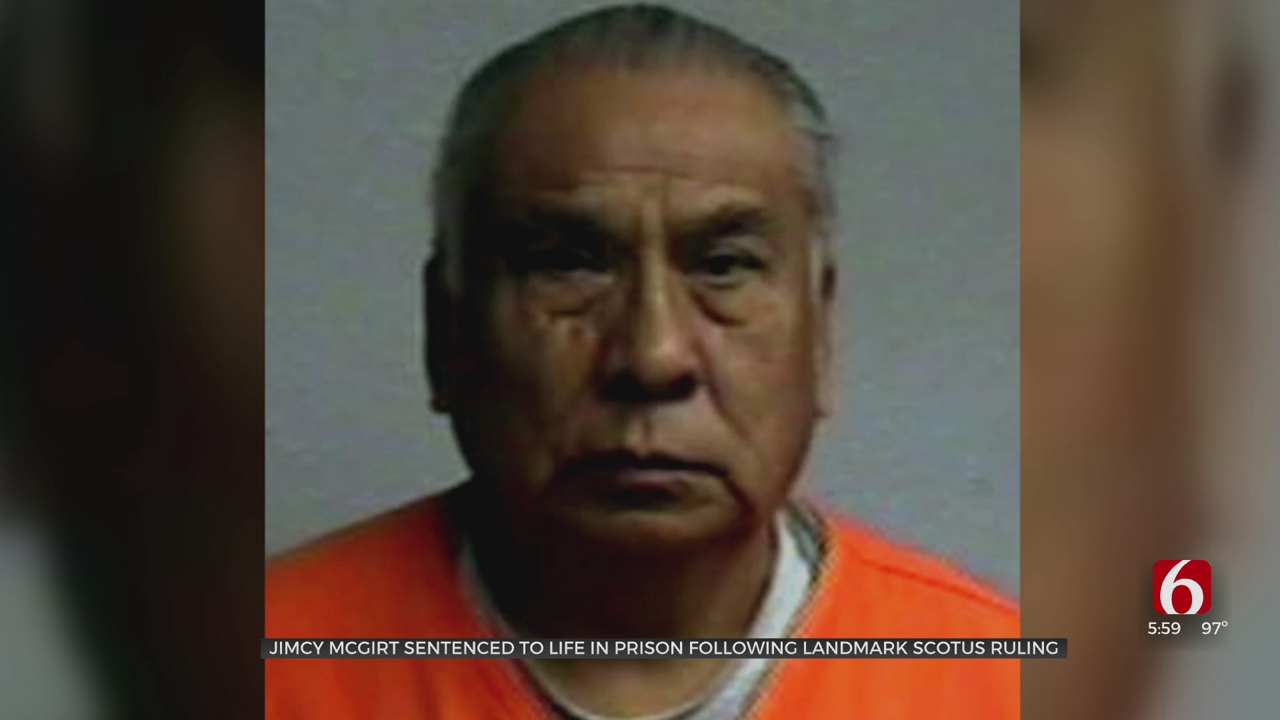 The man at the center of the Supreme Court ruling on tribal jurisdiction will spend the rest of his life in federal prison.

McGirt’s name has been associated with the Supreme Court ruling on tribal jurisdiction since last year when the high court ruled that tribal reservations were never disestablished in eastern Oklahoma. It means criminal cases involving Native American suspects or victims have to be tried in federal or tribal court.

McGirt was first found guilty in state court in the mid-1990s for sexually abusing a four-year-old girl. He received a life sentence in that case, but later challenged the jurisdiction.

The U.S. Supreme Court then ruled the state didn't have authority to convict him because the crime happened on tribal land. After the Supreme Court ruling, his case was retried last year in federal court where he was once again found guilty.

Wednesday, McGirt spoke in the court room for about 15 minutes, but never took responsibility for his crimes or apologized to the victim.

The victim also spoke in court Wednesday and was emotional, saying that she is tired of hearing his name. She said the Supreme Court’s ruling has brought back nightmares since she had to go through a trial again.

McGirt is a repeat offender, having been found guilty of sexually assaulting little boys in the 1980s.

“It is truly a historic case but the sentencing today had nothing to do with the fact that Mr. McGirt was successful in challenging the jurisdiction of the state of Oklahoma,” said Wilson.