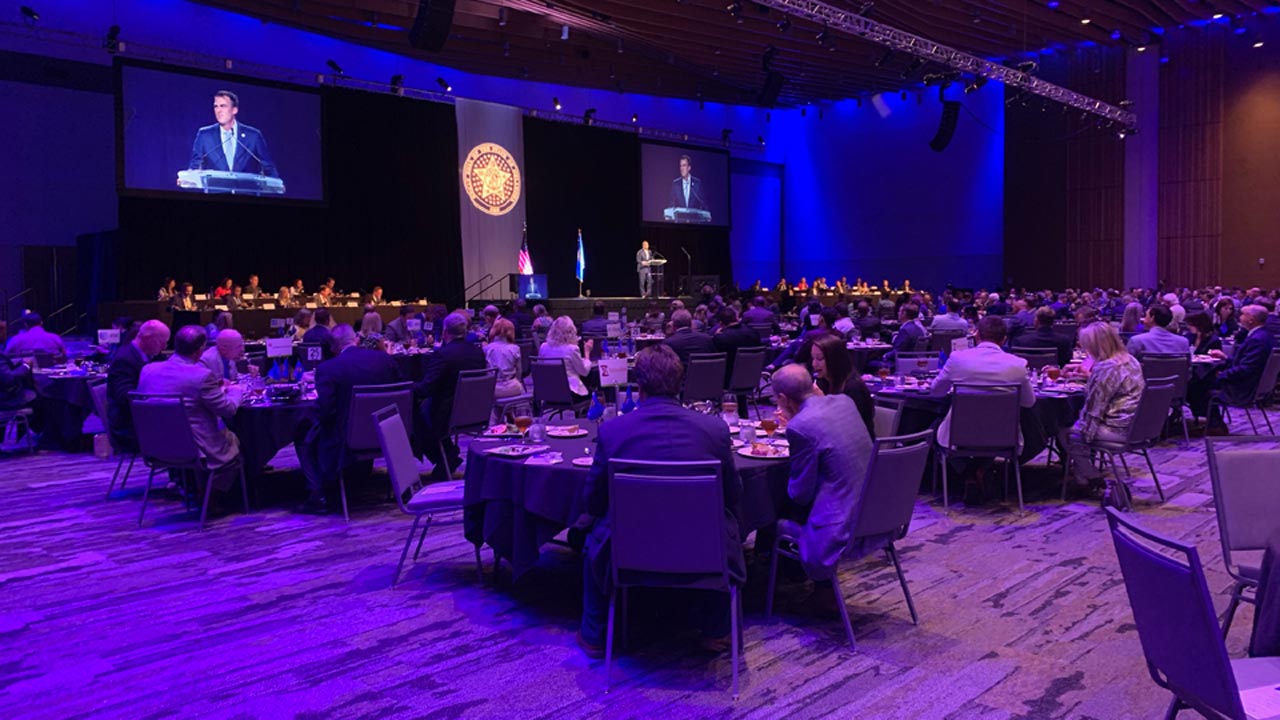 It was the Chamber's first event inside the newly renovated Grand Hall at the Cox Business Convention Center. Governor Stitt praised Oklahoma's booming economy bringing in new jobs and businesses. He said the state's unemployment rates are some of the lowest in the nation.

The governor celebrated Tulsa as a host for major events like the Ironman and PGA Championship next year. Plus, he said electric vehicle manufacturer Canoo is set to bring in 2,000 jobs to Pryor. With Oklahoma re-opening businesses last summer, he says the state saved $1.8 billion.

The governor highlighted the film industry with several movies recently filmed and produced in Oklahoma. Governor Stitt said the Supreme Court ruling on tribal jurisdiction is the state's most pressing issue, saying he'll continue fighting for fairness and equal protection under the law.

"This is a fundamental issue of the sovereignty of the state in the United States of America. This is an issue of fairness, of justice, and equal protection under the law. And I will never give up for fighting for what I know is right and that is stand up to protect and keep one Oklahoma,” Stitt said in the address.

He also responded to President Biden's recent request to OPEC for more oil from foreign producers.

"So I have a message for the President. Do not turn your back on us. Oklahoma has companies, rigs, workers ready to drill here in Oklahoma,” Gov. Stitt said in his address.

"Bureaucrats in Washington D.C. don't know what's best for us. And let me assure you, I will always trust Oklahomans to do the right thing. As governor, I will never sacrifice our individual liberties for any price. That's why people are choosing Oklahoma. They come to chase opportunity,” he said.

Governor Stitt was scheduled to talk with President Biden Thursday afternoon about helping resettle Afghan refugees. That meeting was canceled following the deadly explosion on Thursday in Kabul.