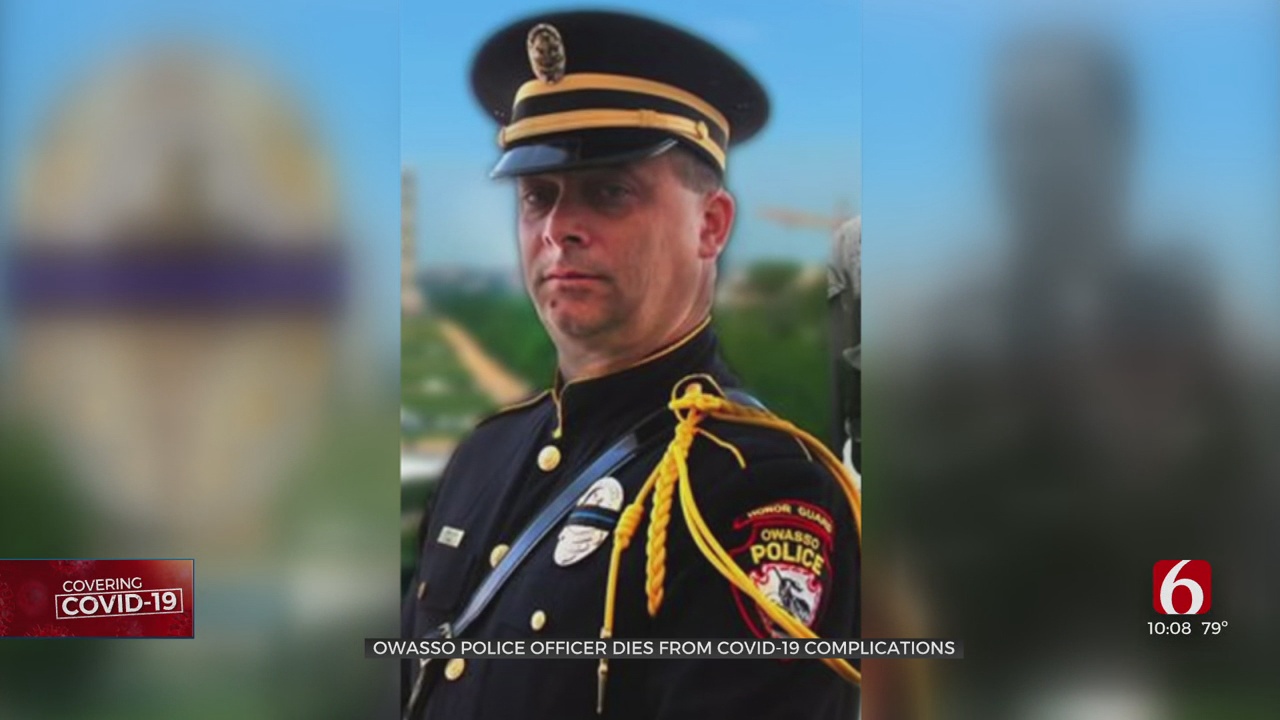 Smith had a huge footprint in the department, and over his many years there, he made a personal impact across the state.

Officers from the Owasso police department and several other agencies took over 19th street at the Ascension St. John Medical center, just hours after they found out fellow officer Howard Smith had died. Officer Travis Harris was one of the officers there Monday.

“We all have to kind of be there for each other, and for different departments. You know I’ve had people reach out from Oklahoma Highway Patrol to Tulsa County, and just people that knew him," Harris said.

As a member of Owasso's Honor Guard, Smith paid respects to fallen officers. On Monday, his brothers and sisters in blue did the same for him.

In a procession for Smith, dozens of cars and trucks long drove from the hospital to a funeral home in Owasso.

Smith's 21-year legacy took him many places. He trained new officers and welcomed them to the force. He was a pepper ball instructor and an assistant SWAT commander. But he's best remembered for his leadership, and personality.

“Howard’s one of those people that whenever you’d be on patrol and you’d see someone roll up and sit there and wave at you it’d be him," Harris said.

Harris said the loss is tough, but he knows Smith's legacy will never be forgotten.

“Not only to me, but to a lot of the officers, he was a mentor,” Harris said.