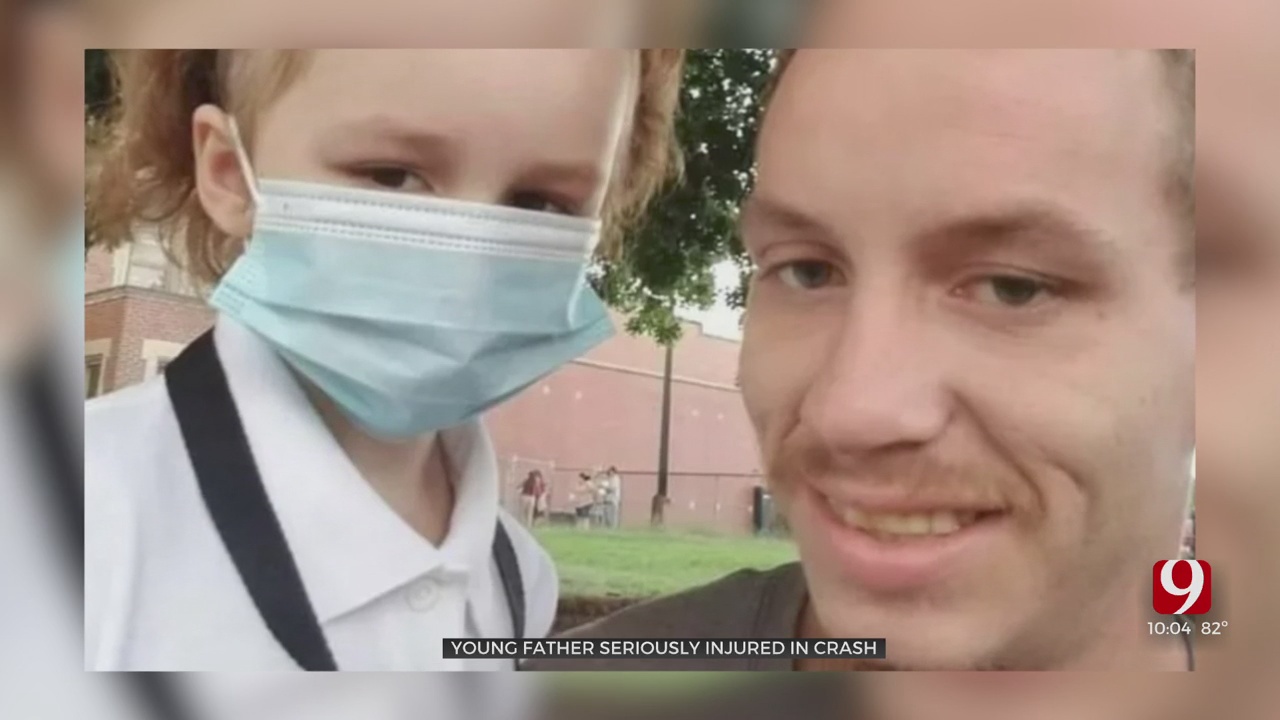 A man is fighting for his life after a motorcycle crash in southeast Oklahoma City.

John Holderness, 26, was hospitalized following the crash Thursday night at Southeast 44th Street and Interstate 35 when he and a truck headed north on the service road collided.

“I saw him today,” Donna Harper, Holderness’ mother, said. “At first it really didn’t look like him because he’s all swollen, but I know his tattoos and stuff and I went, ‘Yeah, that’s my son.’”

Police said Holderness was at fault for the crash.

Doctors told family the father of a 6-year-old girl has brain swelling serious enough to require part of his skull be removed.

“They have him in an induced coma,” Harper said. “They are going to keep trying to bring him out of it, so they can tell what damage has been done. It just happened last night so it is a little soon to do a lot of things.”

Family said It’s possible Holderness suffered a brain injury. Support from friends and family is helping loved ones through.

“I’ve had a lot of people that I don’t hardly ever talk to text me and tell me they are praying for me or for us and John and everybody,” Harper said.

As Holderness begins a long road to recover at OU Health, family is left to pray for the best possible outcome.

“I want to say a full recovery, but I’m not sure that is going to quite be it. But a functional recovery would be good,” Harper said. “We can go from there. That is really what I am hoping for.”

The family has started a GoFundMe fundraiser to help with Holderness’ recovery.