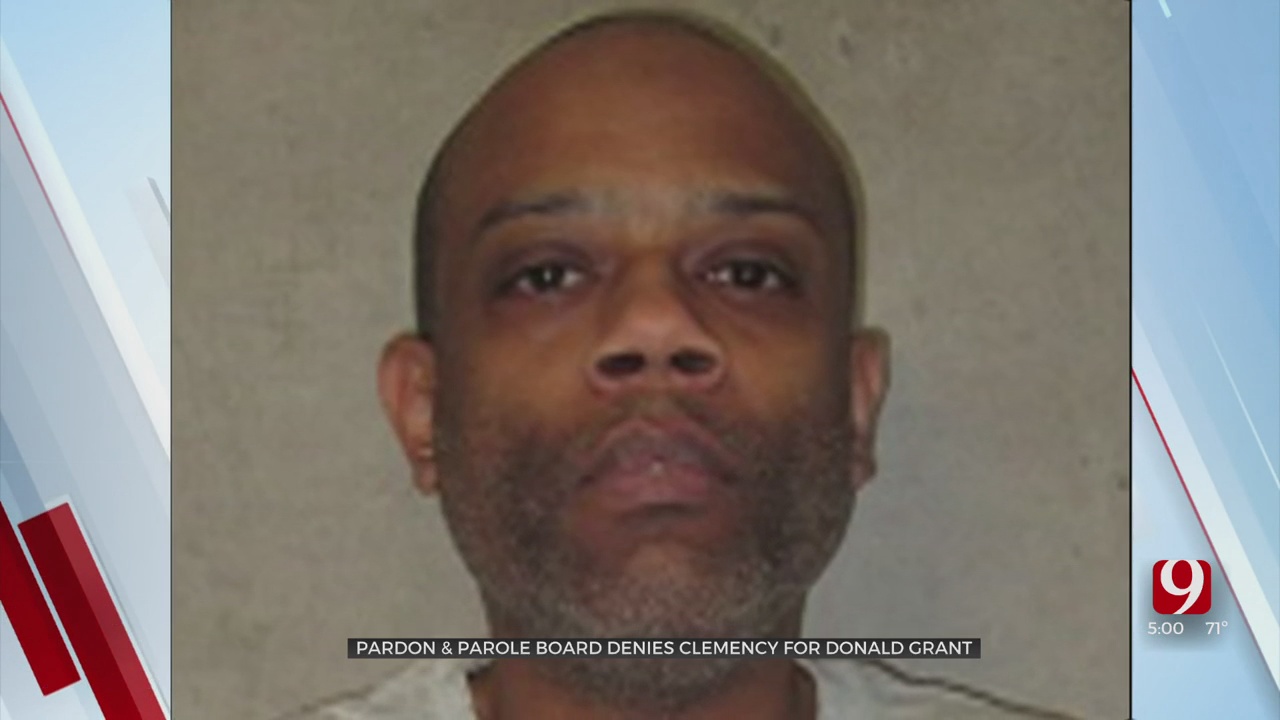 The Oklahoma Pardon and Parole Board voted 4 to 1 to deny clemency for 45-year-old death row inmate Donald Anthony Grant.

Tuesday morning, the board heard hours of testimony before their vote and reviewed the details of a gruesome double homicide in July 2001.

Grant was convicted and sentenced by a jury in 2006 and has been on death row since.

In 2001, Brenda McElyea and Felicia Suzette Smith were murdered while working at a hotel in Del City.

Brandon Clabes was the Midwest City police chief for 22 years, and was there that day.

“This crime was so heinous, and cruel, and violent, and bloody. One that I'd never seen before, like this, and it had a dramatic effect on my personnel, (and) obviously the victim’s family,” Clabes said.

“The pain that day was unimaginable, and I was helpless to help those that I loved as there was nothing I could do to take away their pain,” said Pilcher.

Grant’s attorneys said he should not be on death row due to a challenging upbringing and mental illness.

He spoke in front of the board and expressed remorse.

“Ya know expressing my sincere, ya know, deep sincere, remorse for what I have done,” Grant said.

Board members recently granted clemency in a to another death row inmate -- Bigler Stoufer -- due to concerns about the state’s lethal injection protocol.

However, two board members changed their vote on Tuesday.

Board member Kelly Doyle said she voted to deny clemency due to the especially violent nature of the homicides, and because the Department of Corrections continues to support the state's lethal injection protocol.

“That is no longer a concern of mine, based on the information that was presented to him in that hearing, and the opinion that he issued,” said Morris.

A federal judge will rule on a legal challenge to the lethal injection process after more evidence is presented at a trial which begins on February 28.

Grant is scheduled to be executed on January 27.