US Officials Expect Vaccines To Retain Some Effectiveness Against Omicron Variant 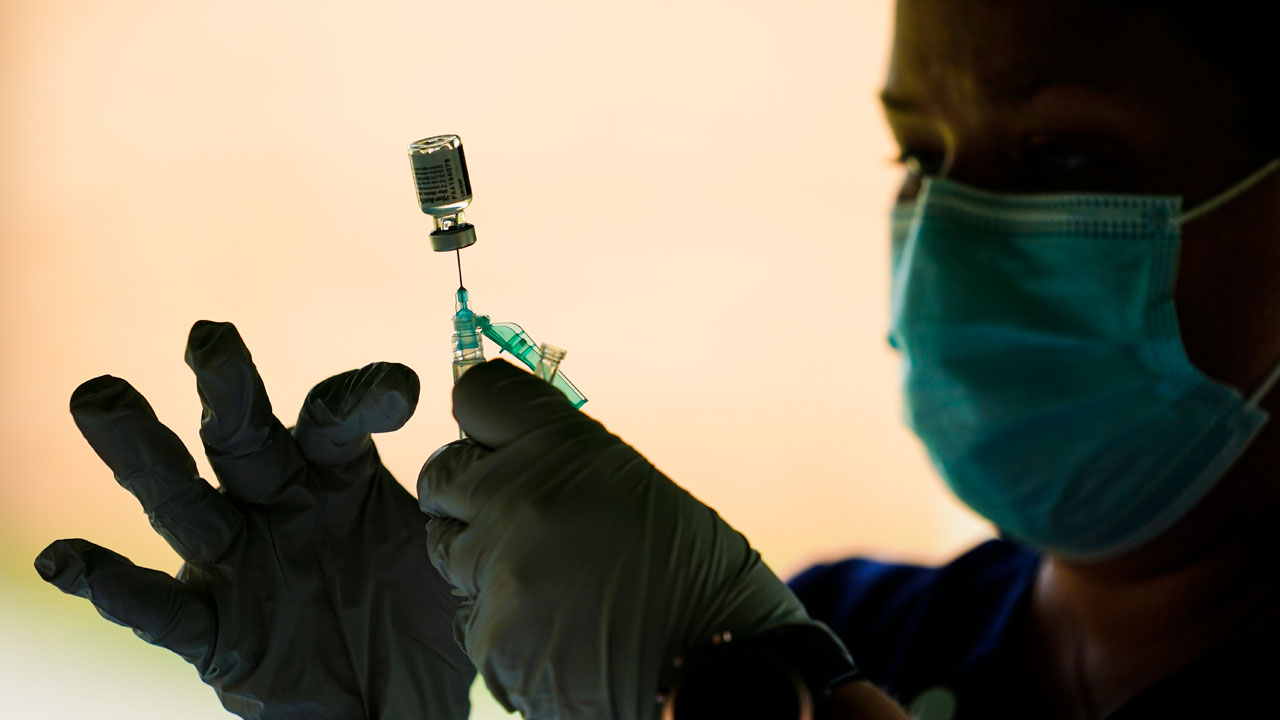 White House officials expressed optimism Tuesday that the COVID-19 vaccines authorized and approved in the U.S. will provide at least some effectiveness against the Omicron variant, specifically against severe disease.

Dr. Anthony Fauci, President Biden's chief medical adviser, said during a White House briefing that it's "possible" the new mutations in the variant result in a significant reduction in antibody levels, but the available vaccines, and especially booster doses, are likely to result in some amount of protection.

"There's every reason to believe, as we talk about boosters, when you get a level high enough, that you are going to get at least some degree of cross protection, particularly against severe disease," he said.

Fauci added that it will likely take two weeks before health officials have more robust data on the impact of the variant on vaccine effectiveness. He said it's still too early to tell whether the variant is more transmissible or more severe.

As the U.S. braces for the arrival of Omicron, more than 220 cases of the new variant have been reported in at least 20 countries. In response to fears that the new mutations on the variant could lead to increased transmissibility and immune evasion, the U.S. instituted a travel ban Monday on eight countries in southern Africa.

Dr. Rochelle Walensky, the director of the Centers for Disease Control and Prevention (CDC), said the U.S. was expanding its surveillance program at select U.S. airports to monitor passengers from certain countries. In a release, XpresSpa Group, which partners with the CDC and Ginkgo Bioworks on the airport surveillance program, specified that it was expanding to include passengers coming from southern Africa.

The program is already in place at airports in Newark, New York City and San Francisco, and is being expanded to Hartsfield-Jackson Atlanta International Airport.

Walensky also noted that compared to earlier in the pandemic, the U.S. has increased its genomic sequencing capacity 10-fold, from 8,000 sequenced tests a week to about 80,000.

Nonetheless, federal health officials said they're developing contingency plans in the event that the vaccines need to be updated to specifically target the Omicron variant.

Jeff Zients, the White House coronavirus response coordinator, said estimates that it could take "a few months" for those shots to be available include the amount of time it would take for the updated vaccines to go through the regulatory process and for enough doses to be manufactured for the American people.

"That's obviously an estimate and we are planning, in that scenario, not only for supporting the manufacturers through that process if needed but also for, how would we rapidly get shots in arms?" he said.

Each official emphasized that the most effective way to prepare for the variant is to get vaccinated and for eligible Americans to get a booster shot. More than 40 million U.S. adults remain unvaccinated and fewer than a quarter of fully vaccinated adults have received a booster.

On Monday, the CDC strengthened its recommendations for boosters, now advising that every American adult should get a booster six months after their second dose of either the Pfizer or Moderna vaccine. The agency previously recommended that younger adults under 50 not at high risk "may" get a booster dose.

US Officials Expect Vaccines To Retain Some Effectiveness Against Omicron Variant