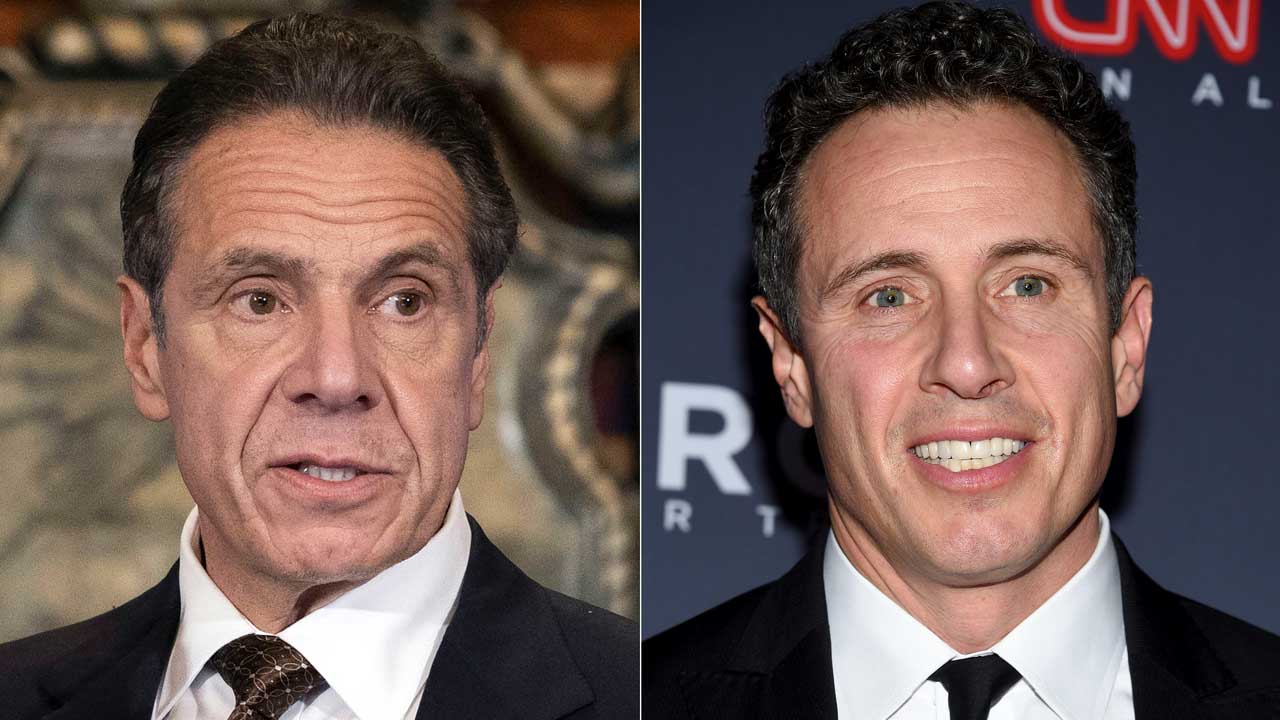 CNN said Tuesday it was suspending anchor Chris Cuomo indefinitely after details emerged about how he helped his brother, former New York Gov. Andrew Cuomo, as he faced charges of sexual harassment.

The network said that documents released by New York’s attorney general Monday indicated a greater level in his brother’s efforts than the network previously knew.

“As a result, we have suspended Chris indefinitely, pending further evaluation,” the network said.

The CNN anchor had pressed sources for information on his brother’s accusers and reported back to the governor’s staff, and was active helping to craft their response to the charges, according to emails and a transcript of his testimony before investigators working for state Attorney General Letitia James.

Cuomo had previously acknowledged talking to his brother and offering advice when the governor faced the harassment charges that led to his resignation. But the information released Nov. 29 revealed far more details about what he did.

Andrew Cuomo resigned in August to avoid a likely impeachment trial, after an investigation led by James’s office found he sexually harassed at least 11 women.

Cuomo’s program, which airs at 9 p.m. Eastern time on weeknights, is often the network’s most-watched show of the day.

Cuomo interviewed his brother on the air a number of times during the first two months of the COVID-19 epidemic. It was a hit with viewers, although it violated CNN’s policy of not having Cuomo report on his brother, and was a programming decision that has grown worse with time and additional revelations.

Chris Cuomo frequently consulted with his brother’s aides when Andrew was fighting the charges last May, sometimes disagreeing with their advice.

“This is my brother, and I’m trying to help my brother through a situation where he told me he did nothing wrong,” Cuomo testified last July to investigators at the attorney general’s office.

He has said he did nothing to influence his own network’s coverage of the story.

Cuomo also said he reached out to other journalists to find out whether they were writing stories about his brother, most notably seeking information on what Ronan Farrow of The New Yorker was writing. He acknowledged he didn’t tell CNN he was doing this, and characterized his actions as nothing out of the ordinary for a journalist.

Emails seeking comment were sent to Chris Cuomo and lawyers who previously represented him.

Critics have called on CNN to take action following the attorney general’s release, with David A. Graham of The Atlantic saying Cuomo should resign — or be fired by CNN if he doesn’t.

Cuomo, a lawyer, is 13 years younger than Andrew Cuomo, who he has described as his best friend. They are the sons of former New York Gov. Mario Cuomo, who was in office from 1982 to 1996.