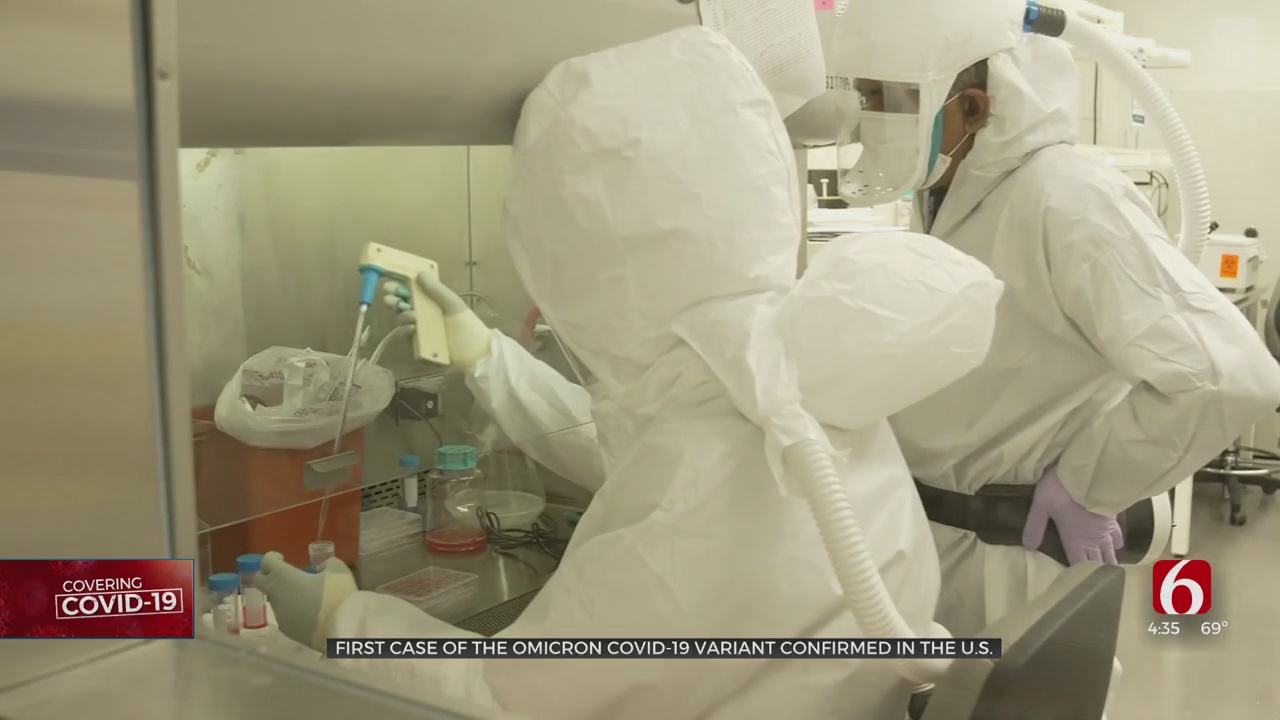 First Case Of Omicron COVID-19 Variant Confirmed In The U.S.

A person in California became the first in the U.S. to have an identified case of the COVID-19 omicron variant, the White House announced Wednesday as scientists continue to study the risks posed by the new strain of the virus.

The Biden administration moved late last month to restrict travel from Southern Africa where the variant was first identified and had been widespread. Clusters of cases have also been identified in about two dozen other nations.

“This is the first case of COVID-19 caused by the omicron variant detected in the United States,” Dr. Anthony Fauci said at the White House. He said the person was a traveler who returned from South Africa on Nov. 22 and tested positive on Nov. 29.

The Centers for Disease Control and Prevention is taking steps to tighten U.S. testing rules for travelers from overseas, including requiring a test for all travelers within a day of boarding a flight to the U.S. regardless of vaccination status. It was also considering mandating post-arrival testing.

Officials said those measures would only “buy time” for the country to learn more about the new variant and to take appropriate precautions, but that given its transmissibility its arrival in the U.S. was inevitable.

Much remains unknown about the new variant, including whether it is more contagious than previous strains, whether it makes people more seriously ill, and whether it can thwart the vaccine. Fauci, the top U.S. infectious disease expert, said more would be known about the omicron strain in two to four weeks as scientists grow and test lab samples of the virus.

The announcement of the first U.S. case comes before President Joe Biden plans to outline his strategy on Thursday to combat the virus over the winter. Biden has tried to quell alarm over the omicron variant, saying it was a cause for concern but “not a cause for panic.”

Biden and public health officials have grown more urgent in their pleas for more Americans to get vaccinated — and for those who have been vaccinated to get booster shots to maximize their protection against the virus.