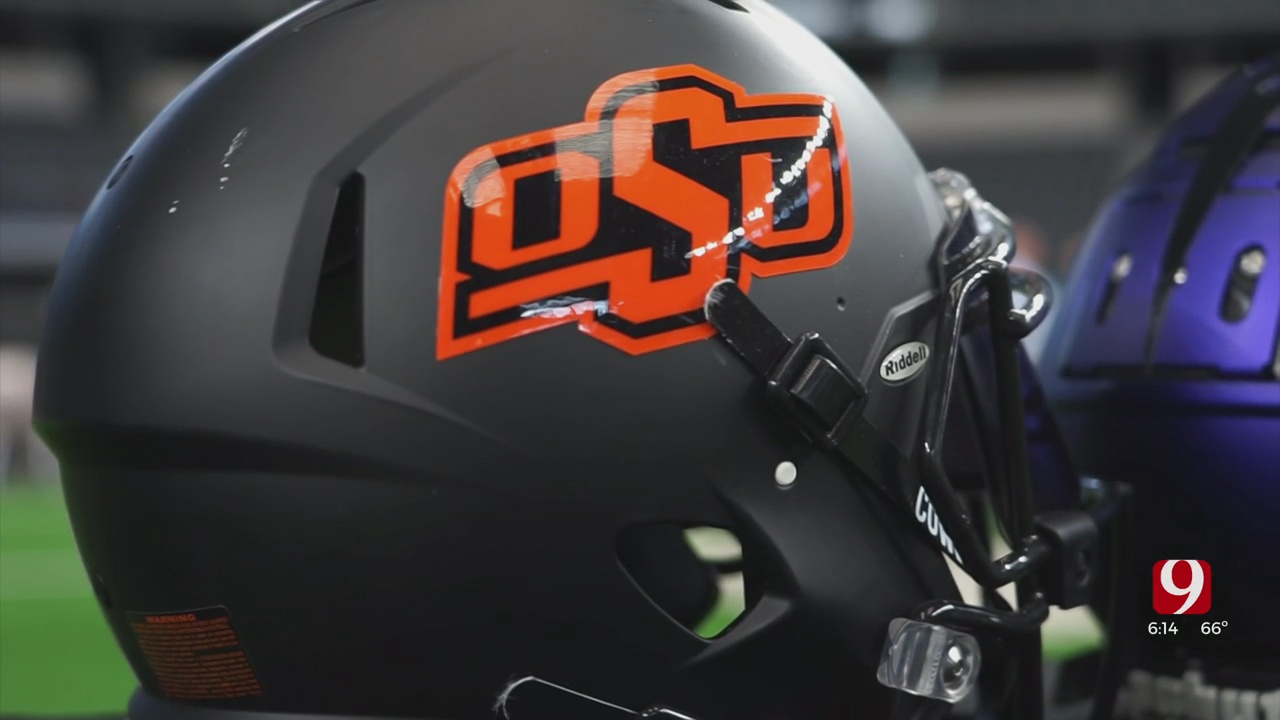 Thousands are expected to pack Arlington's AT&T Arena on Saturday for the Big 12 Championship.

For one person in the stands, Oklahoma State’s Spencer Sanders is more than the Cowboys' star quarterback. He was a break from bullies.

“He was always so nice to Stone,” Suzy Evans said.

“He had a couple of boys that gave him a hard time about that, telling him that tennis was for wimps,” Suzy Evans said. “I think a lot of people don’t understand what it’s like to be autistic.”

Sanders was the school’s star senior quarterback with his eyes set on Oklahoma State University.

He gave Stone Evans an autographed team photo and a note which read, “Stone, you’re doing an awesome job in tennis. Keep up the good work.”

“When I got that picture, it made me feel good,” Stone Evans said.

It was a feeling and a friendship that would continue even after Sanders began his next chapter in Stillwater. He kept in touch and sent Stone some OSU gear.

"He just always seems to think about Stone,” Suzy Evens said. “He keeps him on his mind and makes sure he’s doing OK and that people are treating him right.”

Suzy Evans said throughout Stone Evans' life, people like Sanders have stepped up for her son.

“The thing with Stone is that socially, he doesn’t always recognize the good and the bad, and so the only thing that keeps me from having a really hard time is maybe that he doesn’t quite understand that someone is treating him bad. That does help a little bit,” Suzy Evans said.

This week, ahead of the Big 12 Championship, Stone Evans got two tickets in the mail

“When I got those tickets from Spencer, I was like, 'OK, I see,'” Stone Evans said.

“Even though he has had a few times where people didn’t understand him, It seems like throughout his life he’s always had people, and teachers, and people like Spencer who have stepped in and championed him so much,” Suzy Evans said. “Stone’s just a likable kid.”

The Oklahoma State Cowboys take on the Baylor Bears in the Big 12 Championship game. Kickoff is set for 11 a.m. Saturday.