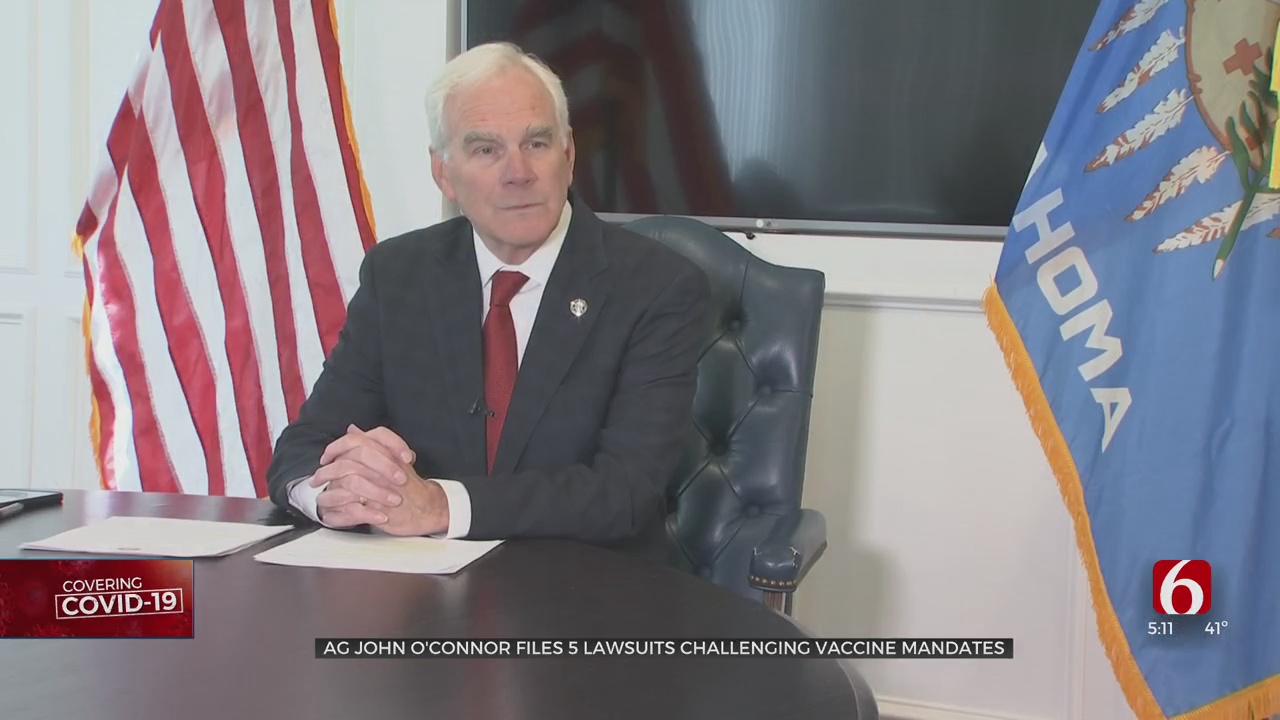 Oklahoma Attorney General John O'Connor is fighting back against the Biden administration.

"The rights don't start with the federal government,” said O’Connor, a Republican. “But President Biden seems to think they do."

At issue, whether the federal government has the right to mandate COVID-19 vaccines.

O'Connor and his office, so far, have filed five lawsuits connected to different vaccine mandates.

They're also suing Ascension Healthcare for denying religious exemptions to the vaccine.

And just last week, Oklahoma became one of the first states to sue over the vaccine mandate for the military and National Guard.

"The reason for all five of our lawsuits really, is the rights and liberties belong in the individual in America,” said O’Connor. “That's different than many other nations in the world."

O'Connor believes the Biden administration is violating constitutional law and overstepping its authority.

And he's encouraging private employees and employers in Oklahoma to wait for the courts to sort it out.

And according to him, the state will file more lawsuits if necessary.

"It's one body of law,” said O’Connor. “Either the President has the authority or he does not. And so everywhere that shows up we're going to oppose it."

Governor Kevin Stitt’s Office tells News on 6, he agrees and supports all of the lawsuits that have been filed.