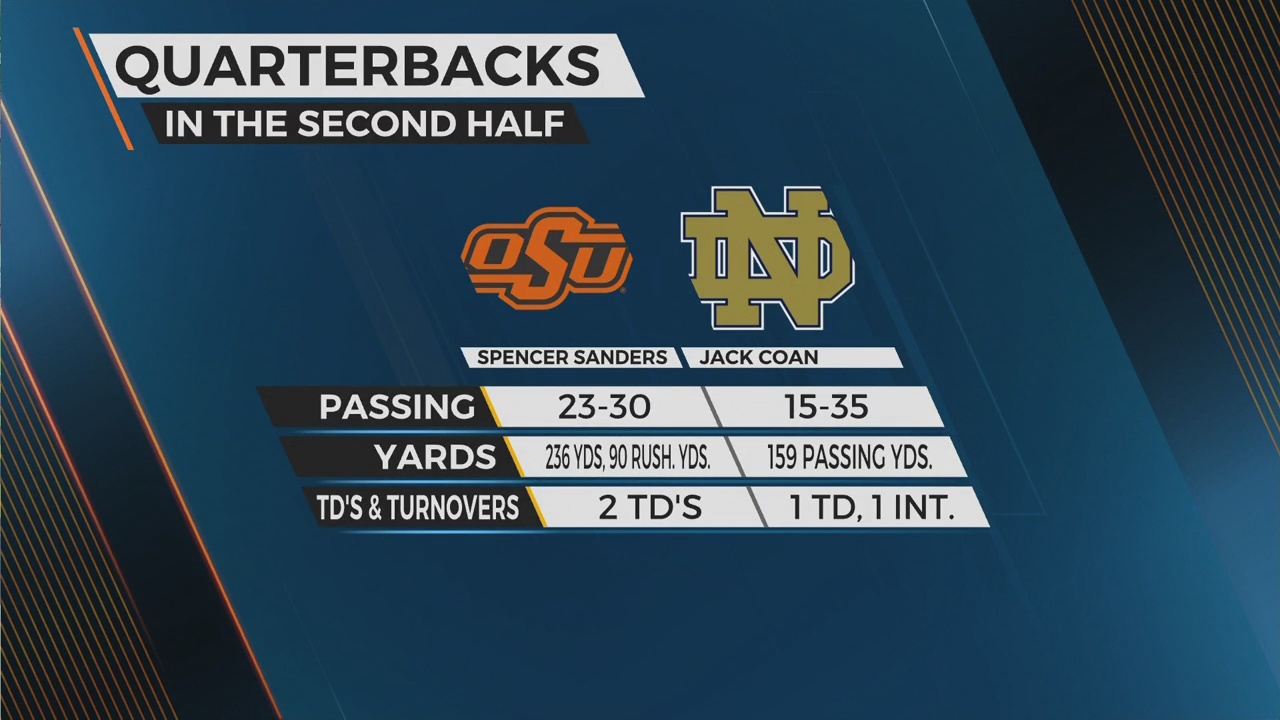 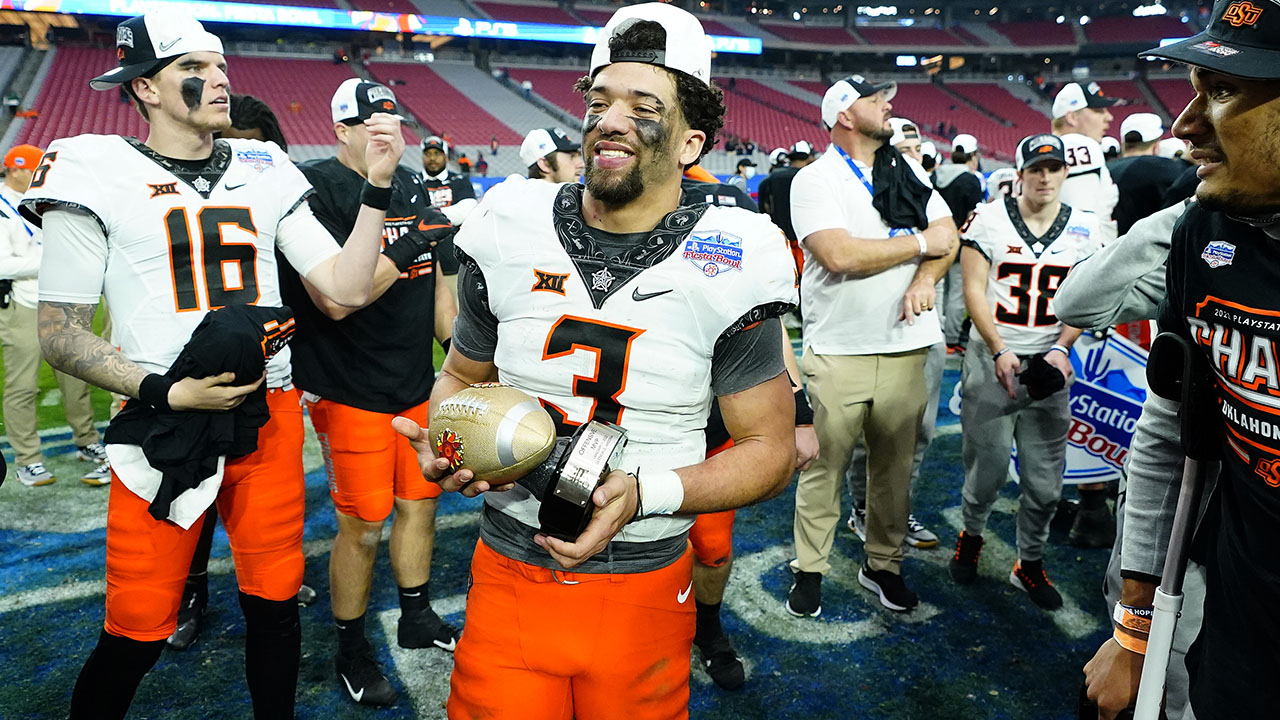 Three thousand, six hundred fifty-two. What is its significance to this New Year’s Day showdown in the desert?

Is it the number of passing yards Spencer Sanders threw this season? Is it the answer to "How many seasons of Notre Dame football are there?"

Nope and close, but also nope.

Oklahoma State football went 3,652 days – that’s nine full years, 11 months and 30 days – in between its last appearance in the Fiesta Bowl. Had OSU and Notre Dame faced off Sunday, Jan. 2, it would have been 10 full years to the day.

If you watched the first half of the game long enough to see OSU fall behind 21 points, who can blame you? Cowboy football fandom can be a trying experience. It’s not how you’d want to start 2022.

But the Cowboys surprised their opponent, and perhaps themselves, by knocking off Notre Dame in a historic 37-35 comeback victory Saturday at the 2022 Fiesta Bowl.

With BYU joining up with the Big 12 soon, Notre Dame is the last eligible bachelor left in college football.

The bachelor life looks appealing. There’s a benefit of the doubt most power conference teams never experience with the College Football Playoff committee. All your home games air on network TV, and you don’t have to play in some crummy, early December conference title game.

Notre Dame looked refreshed early. Oklahoma State, fresh off a soul-crushing loss to Baylor and then losing defensive coordinator Jim Knowles to Ohio State three days later, looked like and played like they were in pain. Walking hurts. Blinking hurts. Everything hurts.

Fighting Irish quarterback Jack Coan – without the services of his NFL Draft-bound running back Kyren Williams – lit up the Cowboys for 342 passing yards and four touchdown passes in the first half.

One day after Cincinnati and Michigan exited stage left from the CFP semifinals, the Irish, No. 5 in the final playoff rankings, played the part of a playoff-caliber team.

The Cowboys, though. What have they become?

We’ve seen enough football movies over the years. One team is getting their tail whipped going into halftime.

The players pile into the locker room. Everyone’s angry. Everyone’s silent. No one can even bear looking at each other.

Then the head coach walks in the room. The coach starts talking to his team quietly but soon his voice grows louder and louder. He has his team captivated. They’re reenergized and are ready to run through a brick wall. Then they go out, and would you believe it, they come back and win the dang game.

Did a stirring halftime speech drive the Cowboys to victory? Did the OSU coaching staff make “adjustments” while the Notre Dame staff just sat by making dinner plans?

Who knows. All we have is the field. On the field, the Cowboy defense held Notre Dame to 52 yards of total offense for the entire third quarter. On the field, familiar stalwarts Kolby Harvell-Peel and Malcolm Rodriguez came up with fourth quarter takeaways that could have ended as Notre Dame scoring drives.

On the field, the Cowboys’ defense became themselves again.

Oklahoma State and Notre Dame had the unenviable task of facing off in the first bowl game after the start of the New Year with an 11 a.m. kickoff local time.

Oklahoma State not only overcame a 21-point deficit to win the game. They rewrote the bowl’s history books while also rewriting their own.

From now on, if you’re wondering what the largest deficit overcome in OSU history, wonder no more! Also, why do you have such a short memory? This happened today. Please go see a doctor.

Plus, they beat Notre Dame. On the first try. That’s cool. Dear OSU fan, you can claim an undefeated record against them. You can claim overall gridiron supremacy over them.

You can openly ask the question, “Why does Notre Dame even try playing football?” and answer, in the same breath, “So they can lose to OSU.”

People may look at you funny, but all you’re doing is telling the truth. No one can take this away from you.