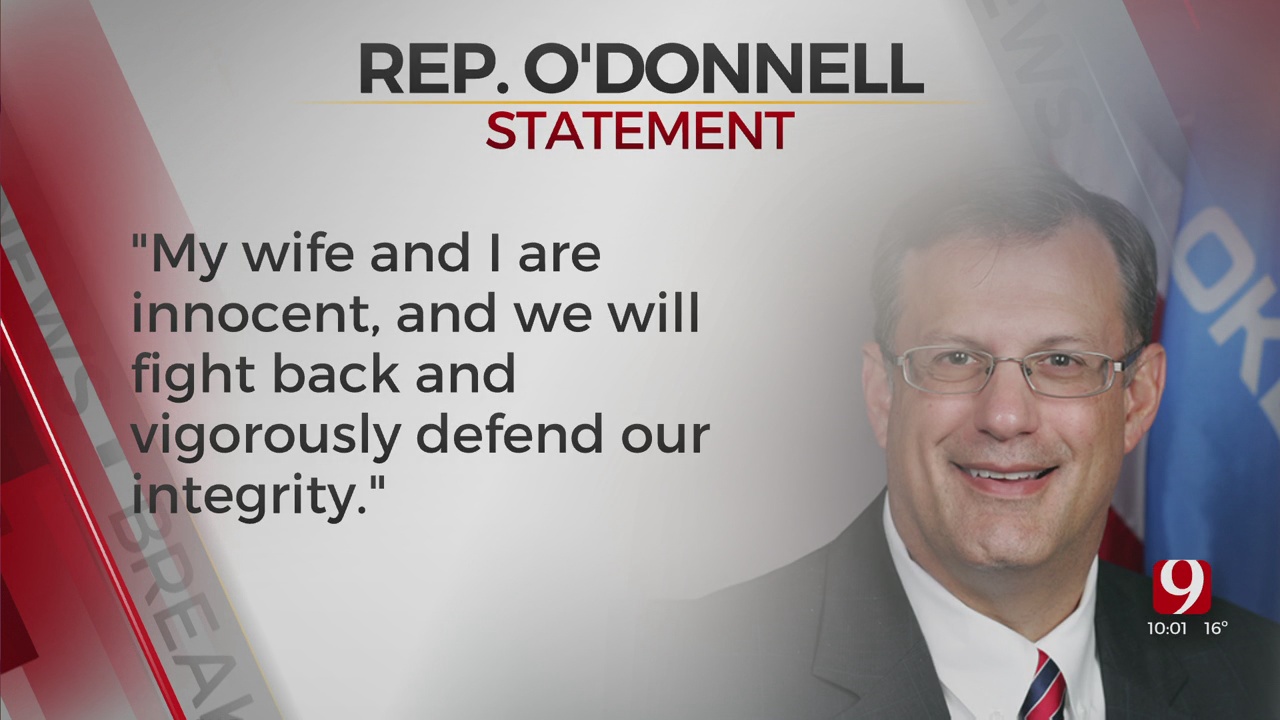 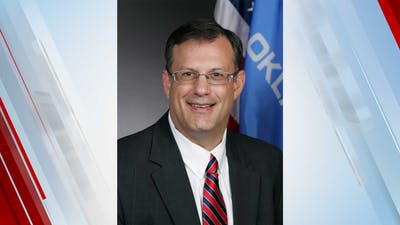 State Representative Terry O'Donnell announced that he will resign as Oklahoma House Speaker Pro Tempore after he and his wife were indicted by a federal grand jury in December.

In a statement to the media, O'Donnell claims the accusations against him and his wife are false and the acts of "political operatives" in Oklahoma City.

"Political operatives in Oklahoma City have a personal vendetta against me and are working to discredit our family's character and destroy our reputation. This is the same Washington D.C.-style partisan politics that has attacked our freedoms, values, national history, law enforcement, churches, economy and more." said O'Donnell.

O'Donnell and his wife voluntarily turned themselves in to the Midwest City Jail on Thursday.

The accusations stem from a 2019 bill authored by O’Donnell removing a ban on lawmakers’ families from owning tag agencies. O’Donnell authored and voted in favor of the measure, according to the indictment, benefiting his wife Teresa who at the time was seeking to replace her 74-year-old mother as a Catoosa tag agent. According to the indictment, the O’Donnells also financially benefited from another provision of the same law increasing tag fees and extending tag agency hours of operation. 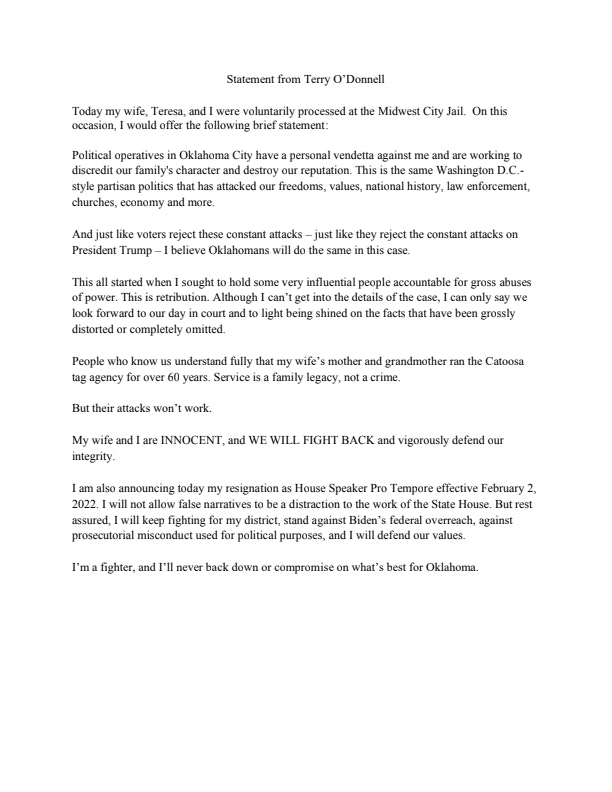