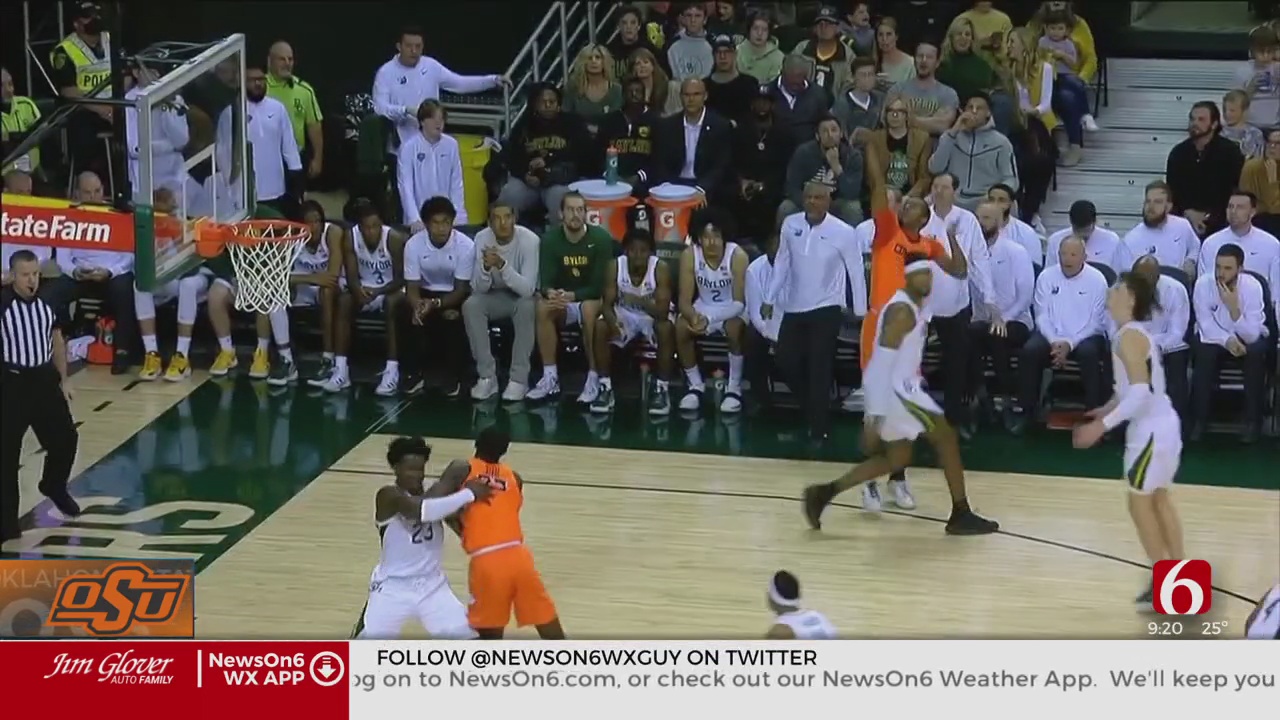 Bryce Thompson scored the game’s final six points and finished with 19 as Oklahoma State beat No. 1 Baylor 61-54 on Saturday, giving the Bears consecutive home losses for the first time in nearly six years.

The Bears are likely to lose their spot at the top of the AP Top 25 early next week.

After trailing by as many as 17 points in the second half, Baylor was within 55-54 when LJ Cryer made two free throws to cap a 14-2 run.

Thompson made two free throws with 26 seconds left, then Bears guard Adam Flagler had turnovers on consecutive possessions — losing the ball out of bounds on a drive to the basket, then a bad pass. Thompson was fouled making the steal, then made two more free throws before a game-capping breakaway dunk after Baylor missed its last shot.

Cryer had 18 points for Baylor (15-2, 3-2 Big 12), which had won a national-best 21 games in a row before its loss Tuesday night at home to Texas Tech. The reigning national and Big 12 champions led for only 16 seconds Saturday against an Oklahoma State team playing its third Big 12 road game in five days.

The only time Oklahoma State (9-7, 2-3) trailed was after Kendall Brown’s basket that made it 4-3 only 2 1/2 minutes into the game. The Bears then missed 10 shots in a row over a span of more than six minutes before Cryer’s 3-pointer from the top of the key.

Oklahoma State was coming off a 78-57 loss on Thursday night at Texas Tech, a makeup of a Jan. 1 game postponed because of COVID-19 issues in the Cowboys program.

Baylor hadn’t had consecutive losses since the last three regular-season games of the 2018-19 season and its Big 12 tournament opener. The Bears also hadn’t lost back-to-back games at home since the end of the 2015-16 season.

After five consecutive weeks at No. 1, the last three unanimously, Baylor should still extend a school record with their 40th consecutive poll in the Top 10 when the new poll comes out Monday.

Baylor: At West Virginia on Tuesday.