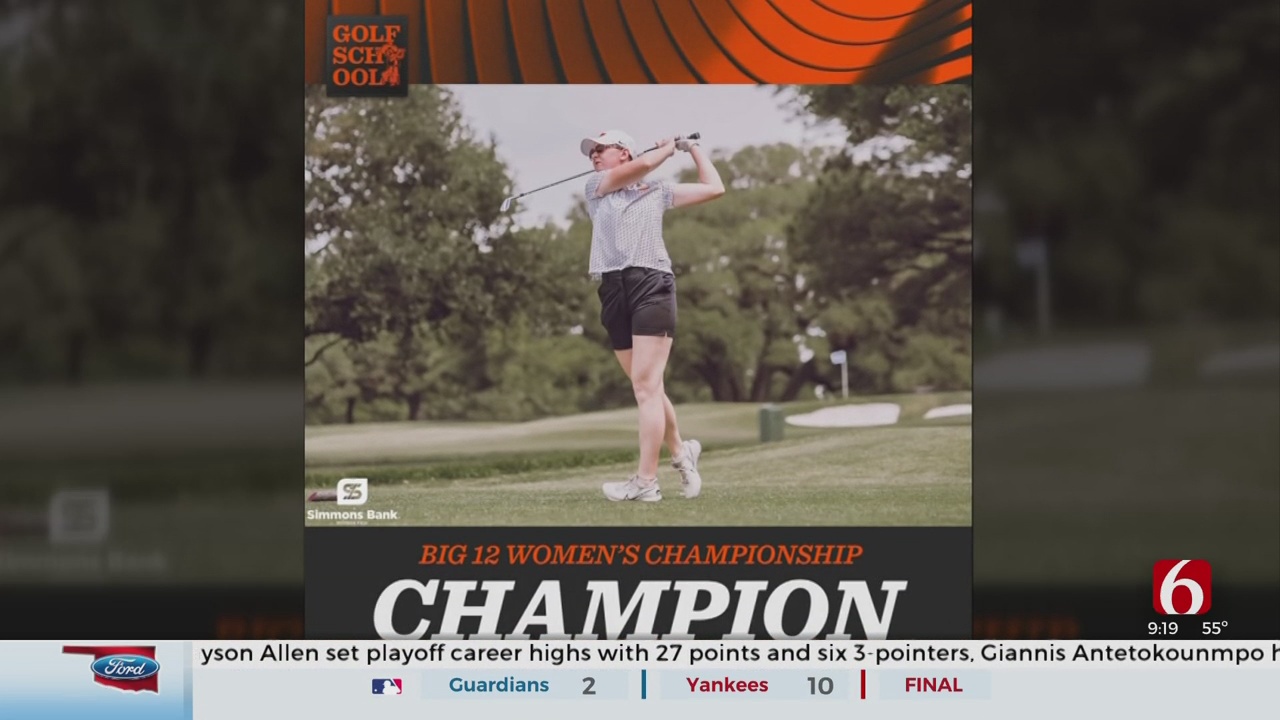 No. 6 Oklahoma State women's golf's Lianna Bailey secured the 2022 Big 12 Women's Golf individual championship on Sunday at The Clubs at Houston Oaks in Hockley, Texas. As a team, the Cowgirls earned a runner-up finish after carding an 8-over to finish 27-over on the weekend at the 6,356-yard, par-71 course.

With the win, Bailey became OSU's first individual champion since Kenzie Neisen in 2016. It marked the 10th time a Cowgirl has won the individual title while Bailey became the seventh different Oklahoma State competitor to do so.

A senior from Leicester, England, Bailey earned her third individual title of her collegiate career with the win and her first of the season.

Bailey finished Sunday with a 77 to finish the weekend 2-over. Overall, two Cowgirls finished in the top-5 on the individual leaderboard.

No. 14 Texas earned the team title with a 14-over in the final round to finish the tournament 24-over while No. 16 Baylor finished the day 6-over to finish 27-over in a tie for second with the Cowgirls.

Alongside Bailey, Han-Hsuan Yu carded a 68 to finish the day 3-under. The performance helped her finish the weekend 4-over as she jumped 13 spots on Sunday to finish tied for third.

Maddison Hinson-Tolchard shot a 75 while Rina Tatematsu finished the day with a 72 as the teammates closed the weekend tied for 19th at 12-over. Hailey Jones rounded out the OSU lineup at 19-over in 36th place.

As a team, OSU led the field in par-3 scoring, birdies and eagles.

Through 11 tournaments this season, Oklahoma State has yet to finish outside the top-3 in the standings.

Looking ahead to the next step in postseason play, Oklahoma State is set to play host to the NCAA Stillwater Regional May 9-11 at Karsten Creek Golf Club. Spectators are welcome at the three-day event and there will be no admission charge. Parking is available along the road leading into the golf course.

In November, the NCAA had announced the move to a six-regional format effective with the spring championship. Each of the six regional sites will now feature 12 teams and six individuals, with the top four teams and top two individuals (not on an advancing team) qualifying for the championships, which will be held for the second-straight year at Grayhawk Golf Club (Raptor Course) in Scottsdale, Ariz., from May 20-25.

With the move to six regional sites from the previous four-site format, 72 teams will still qualify for regional play, with the number of individuals not on an advancing team increasing from 24 to 36.

For more information on the Cowgirls, continue to check back with okstate.com.