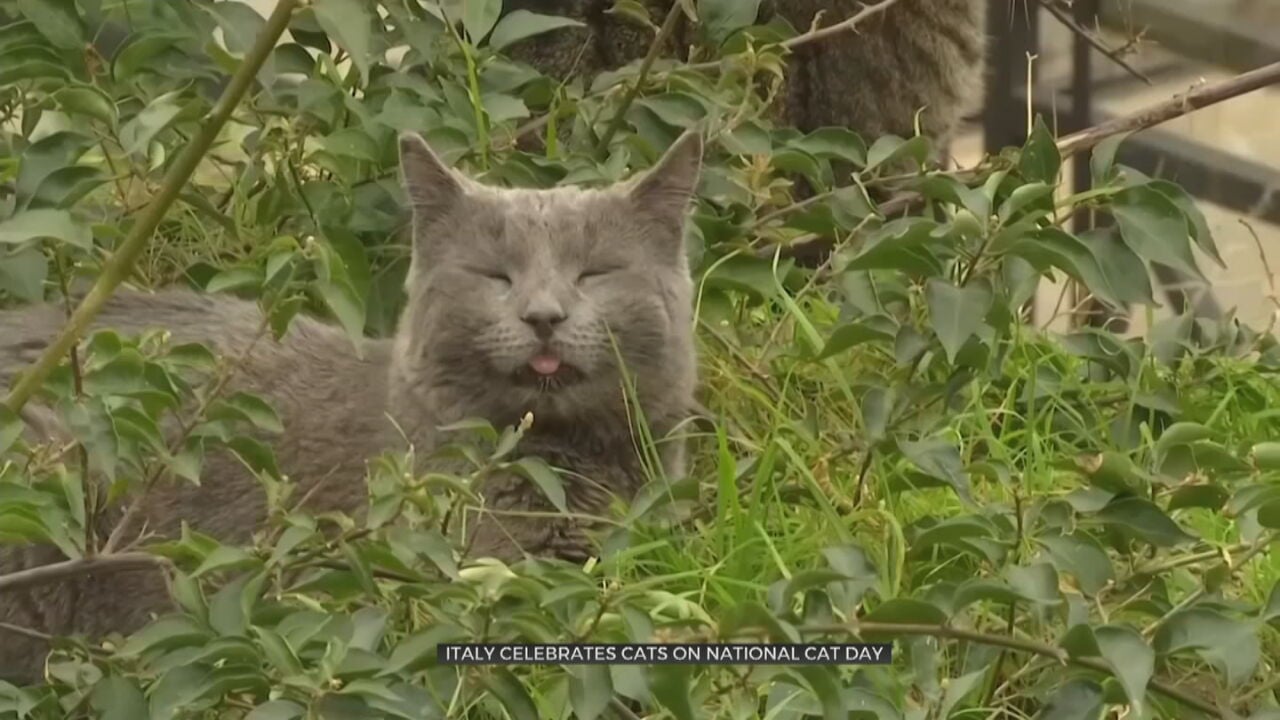 Italy is celebrating National Cat Day. In Rome, a sanctuary cares for the animals on the site where Julius Cesar was assassinated. Lurking in the undergrowth, a cat on the prowl. These felines have picked a historic place to hang out - their territory is the Roman ruins in the Largo Argentina archaeological site in Rome.

And though they don't know it, today is an auspicious day for them: it's National Cat Day in Italy."It is right to have a day dedicated to cats. Because by now pets, dogs and cats, are fully part of our lives and of our routine. As there is Valentine's Day it is fair that there is also Cats' Day. Hopefully one day there will also be a Dogs' Day," says Valentina Faiella, a volunteer at Torre Argentina Cat Sanctuary.

The sanctuary is located in Rome's city center, at the spot where Julius Cesar was assassinated. Its aim is to reduce the number of stray cats in Italy.

Local media says National Cat Day was established in 1990 after a magazine launched a survey to find the best date to celebrate the animals.

February 17 was chosen because this month is associated with witches and their cats, according to folkloric tradition. Another reason is that in Italy, black cats and the number 17 are both considered to bring bad luck - celebrating cats today aims to dispel that belief.

"No I didn't know that today was Cat Day, I am a great cat lover, I've always had cats since I was a child, and I think they are the most extraordinary animals in the world, they have a fine intelligence and they can give you tons of affection," says Caterina Donini, a cat lover.