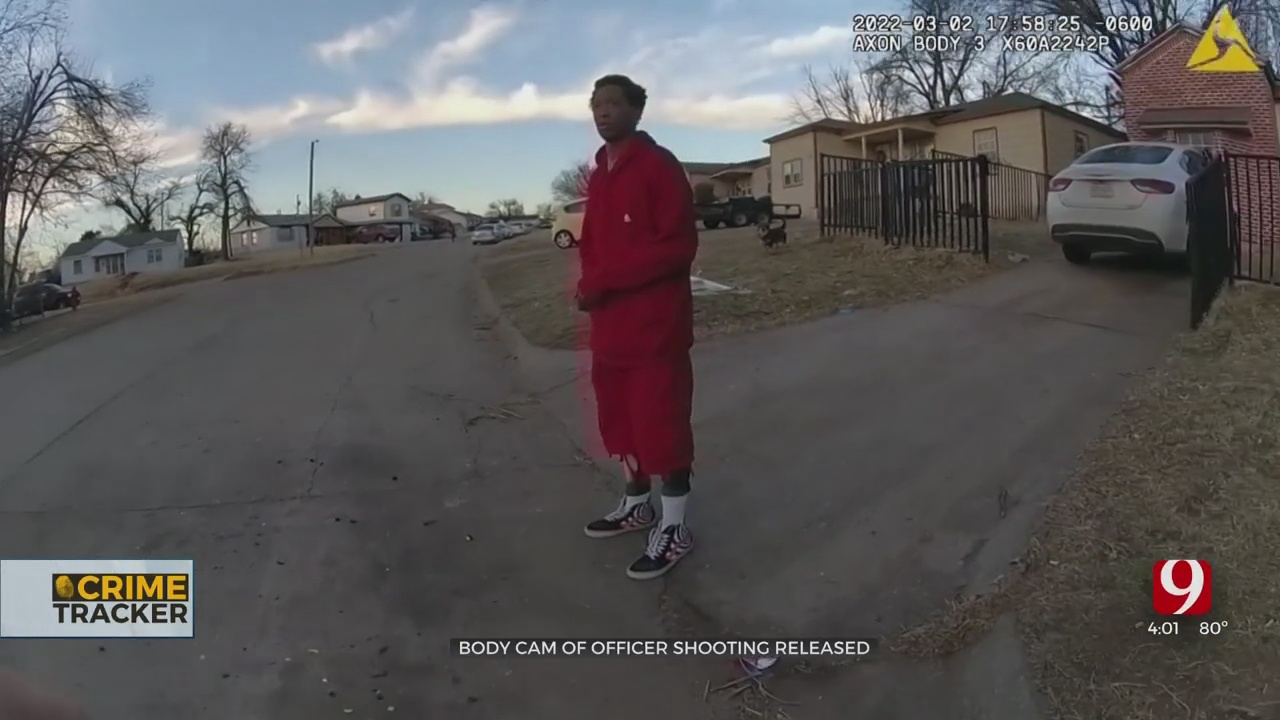 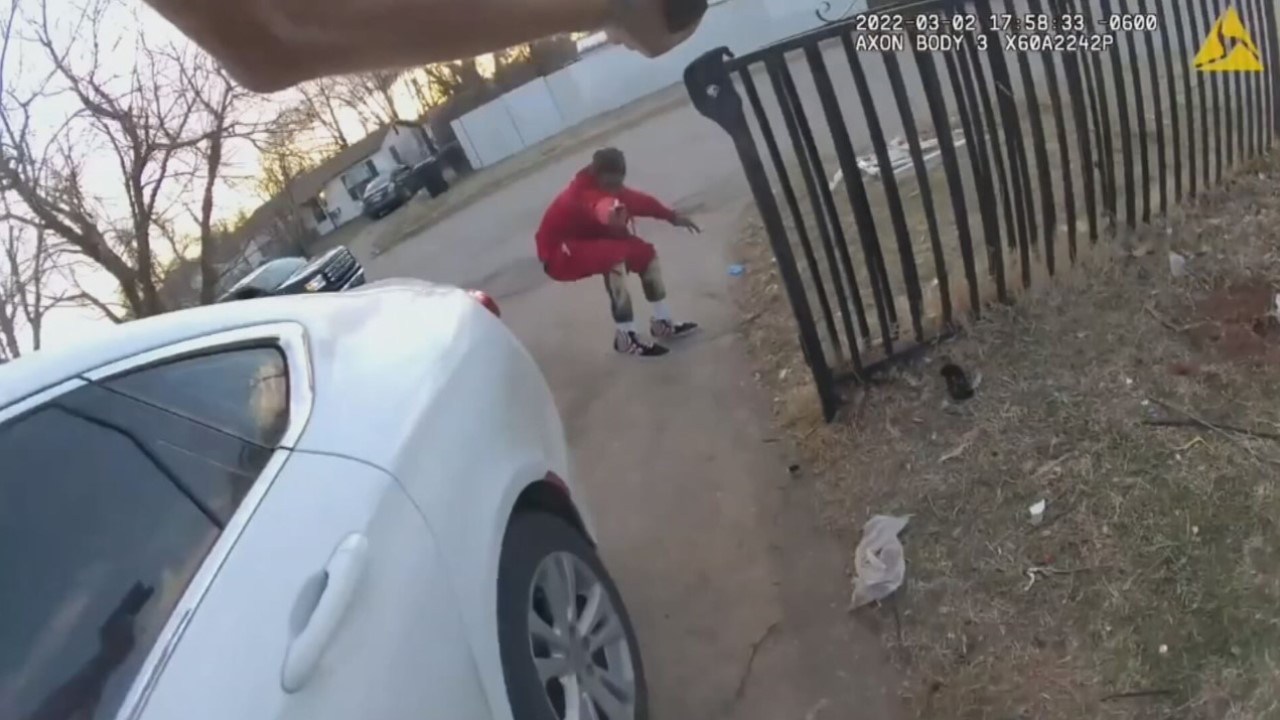 A bullet narrowly missed Officer Bryce Sheehan face, but the suspect managed to shoot him in the knee.

Police officials said Sheehan was still recovering from the gunshot to his knee. He was also left with a burn on his face where the suspect’s bullet whizzed past him.

Officer: “What’s going on? Keep your hands out of your pocket. You got any weapons or anything?”

What appeared to be a casual conversation between the officer and 23-year-old Crasteven Wilson earlier in March quickly turned violent. The patrol officer was in the area of southeast 23rd and Kate Avenue after a man reported a dispute between his brother and Wilson.

911 Caller: “They got in an argument and my brother left and the guy keeps like walking, the guy he was out there still like scoping the house. He has all red on.”

A neighbor's security camera also captured Wilson walking down the street carrying a gun. However, the officer did not know if the man was armed.

“Can I pat you down real quick? Make sure you don’t have any weapons. Here don’t reach for nothing.”

At that moment, the video showed Wilson aimed and fired at the officer’s face. Sheehan quickly fired back at Wilson and radioed for help.

Wilson attempted to steal the officer's car but decided against it and ran away.

Sheehan grabbed a tourniquet and put it on his leg, all while watching his car roll down the street and instructing a Good Samaritan to stop the car. Meanwhile, officers and first responders found Wilson in a nearby backyard with fatal injuries to his chest.

Police are continuing to investigate the deadly shooting. The department will turn their investigation over to the Oklahoma County District Attorney's Office.