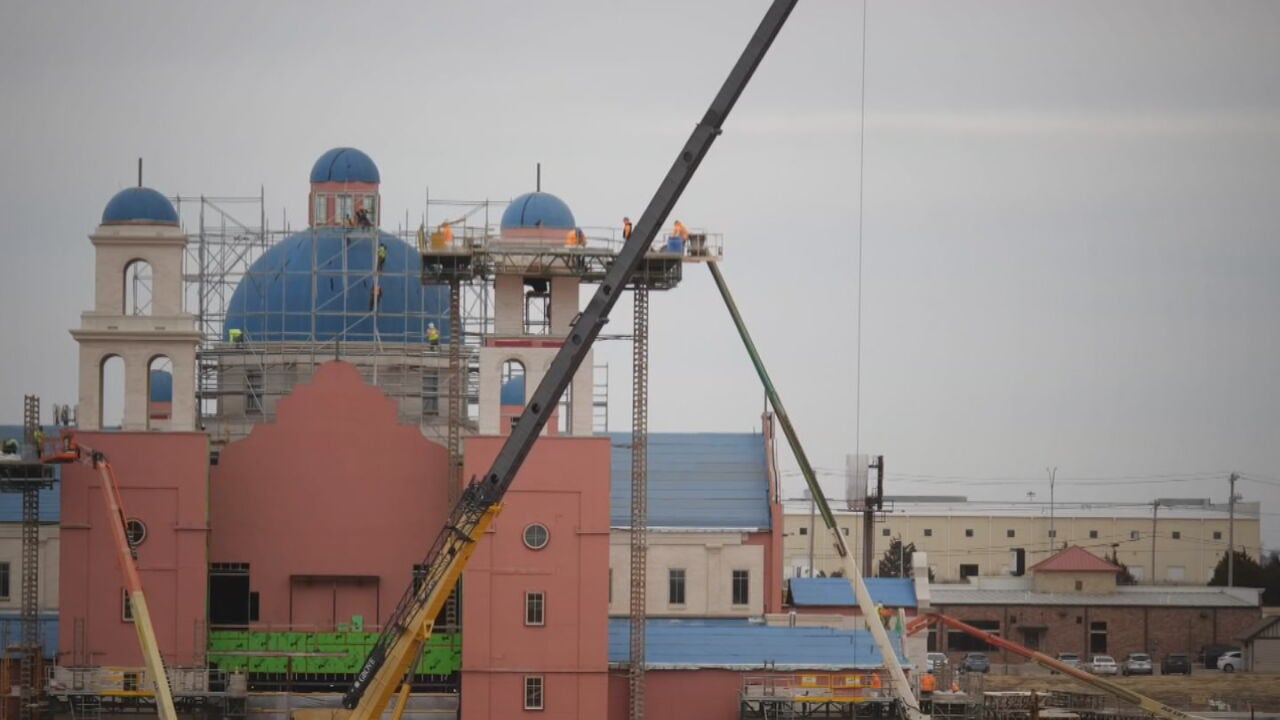 If you've driven down I-35 in South Oklahoma City lately you've seen a beautiful new structure rising up out of the ground. But you may not know the story behind the building, or the unlikely hero it honors.

The Blessed Stanley Rother shrine will be the biggest Catholic Church in Oklahoma.

The extraordinary structure is being built to honor a very ordinary man, as one family called him. So unremarkable, the staff at seminary asked him to leave because he couldn’t get past Latin. He transferred to another school and finally made it through, then bounced around in Oklahoma from parish to parish. But when he was 28 that all changed. A trip to Guatemala would set this unremarkable Okarche Farm boy on the road to sainthood.

Stanley Rother fell in love with the people of Guatemala, specifically Santiago Atitlan, and they looked at him as their shepherd. The seminary student who couldn't pass Latin, learned the regional language and translated the Bible to it. But it was a time of civil war, and a priest trying to empower the people with education, medicine and farming know-how became a target on a hit list. In 1981 three men broke into the church rectory, beat him, and shot him twice in the head.

He’s currently buried in Resurrection Cemetery near where the Shine is being built.

His heart though is still in Guatemala.

“That’s kind of an agreement Oklahoma had with his people in Guatemala. He loved them so much that we just though it was appropriate that his heart remains there and is enshrined in his parish,” explained Diana Clay, the Archdiocese of Oklahoma City Communications Director.

Where daily they honor Father Rother's, or Padre Apla's, extraordinary courage and commitment.

“I think that’s why he resonated even outside of Catholics,” said Clay.

“I mean even people maybe who don’t have any faith at all. He’s just a very Oklahoma guy,’ said Leif Arvidson, executive director of Blessed Stanley Rother Shrine.

In 2017 the Pope beatified the now blessed Stanley Rother, the first American born martyr beatified, just one step short of becoming a saint. The Shrine is being constructed to honor him. For one of the project managers, himself a Catholic from Chicago, it's a great responsibility.

“I’ve been doing construction for 25 years and I got to say that is probably the coolest thing I’ve been a part of,” said Dean Campbell.

This fall, when the $40 million blessed Stanley Rother Shrine prepares to open, his body will be moved again.

“And then we’ll bring him here to place him at the altar at the shrine and that will be his final resting place,” said Clay.

And it's location on SE 89th street should cause a real revitalization of the area, including new hotels and other businesses.

“(It will be a) Pilgram center to Blessed Stanley’s life. It will have a gift shop and a little theatre to show videos about Blessed Stanley,” said Leif Arvidson, Executive Director of The Blessed Stanley Rother Shrine.