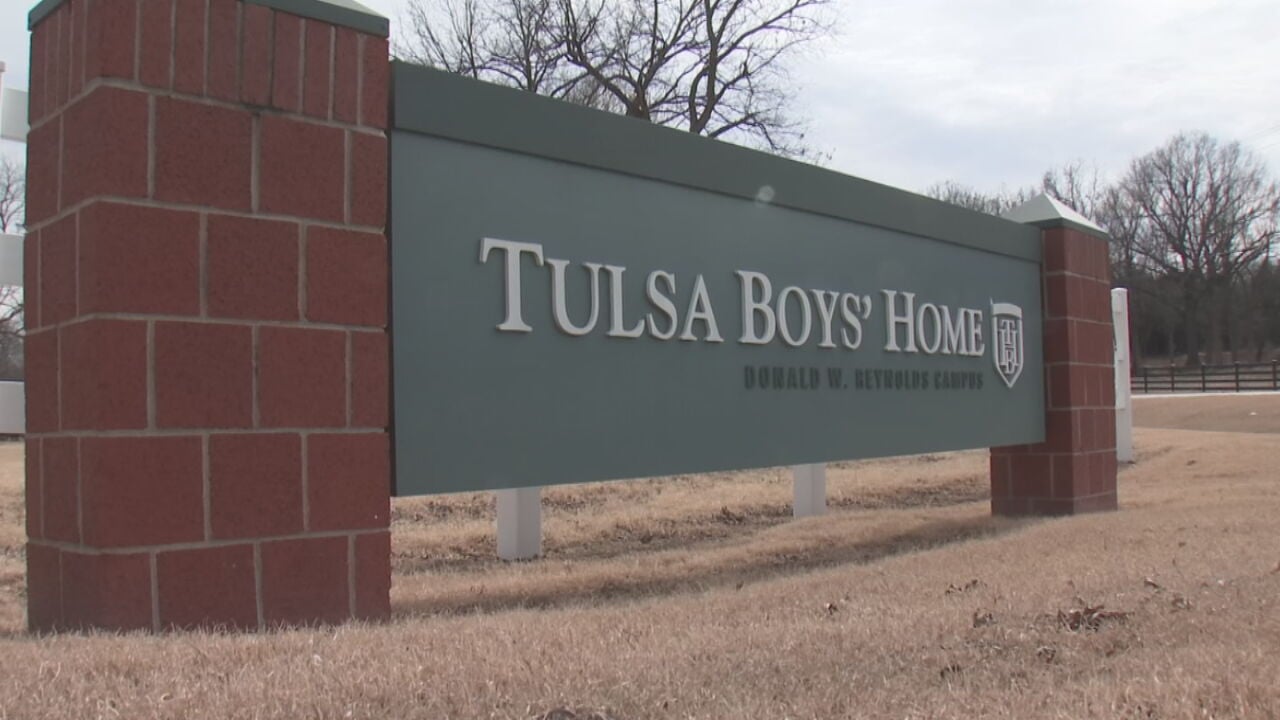 Cameron was hit and killed on Highway 51. Rylan drowned in the Arkansas River. The death of Rylan prompted a lawsuit by Rylan's family against the Tulsa Boys’ Home and DHS. In 2020, there were 226 reports of children running away from the Tulsa Boys' Home. In 2021, that number dropped to 39.

"You know sometimes you have to ask the tough questions and I think you did and I think you helped precipitate some movement in this problem that we've been having," Sand Springs Deputy Police Chief, Todd Enzbrenner, told News On 6’s Brian Dorman.

"At the last meeting I went to, I think there were 30 people there and maybe five of them worked at the same agency,” Enzbrenner said. “You had multiple people, multiple agencies and multiple perspectives on what the problem is and how to fix it and everybody was, from my mind, was real receptive and real open to change.”

Joe Dorman is the CEO of the Oklahoma Institute of Child Advocacy. "I certainly wish we were invited to the table and could've been a part of that but I'm very thankful that individuals are sitting down and talking about these issues and what can be changed to try to improve conditions for Oklahoma's youth," Joe Dorman said.

Although his organization does not have a seat at the table of the roundtable discussions, he is hopeful the discussions will produce real results that can potentially save lives. "There has to be a game plan and I'm confident that DHS will look at this and changes will be made,” Dorman said. “We certainly need to make sure the training is in place for judges when they determine when a young person should be sent to a facility that they are aware of the capabilities of that facility and that someone isn't sent to a place they shouldn't be."

Dorman said there aren’t any private Level E facilities in Oklahoma and he believes that is a problem. The family of Rylan Harris argues that type of lockdown facility, and not the Tulsa Boys' Home, where youth are able to essentially come and go was required for his care; required to keep Rylan alive.

The only mental health treatment in the state for “Level E” youth, considered the most ill, is through the hospital system, where there are 13 Level E facilities. Joe explained that kids there are capped to a certain number of days and as long as their insurance will last. To Dorman, the lack of resources is most concerning.

"We've got to improve the situation,” Dorman said. “I've certainly been hopeful that there will be federal dollars through the recovery act or the CARES dollars that can go to alleviate some of those issues and try to help out. We got to get these kids the help they need and we can't send them to facilities that aren't built or equipped to handle young people like that."

"Certainly, on the surface, it's a reason to celebrate,” Dorman said. “Any time you see those numbers drop that's going to be a good thing. Most likely it is because people are paying more attention and they're trying to do a better job of assessing what level these young people are at and get them to the right place."

“It tells me they're maintaining the kids at their facility,” said Enzbrenner. “It tell me that the kids that they have there are, for the most part, responsible and are the kind of kids that are willing to work within the programs that have been established."

She provided this statement to News On 6: "The Department of Human Services in the State of Oklahoma has been under the strict supervision of federally appointed supervisors related to a class action lawsuit and the subsequent settlement agreement, called the “Oklahoma Pinnacle Plan,” for the last ten-plus years. DHS continues to show good faith efforts and progress regarding child safety in the Oklahoma foster care system. Federal policy is very clear about DHS agencies not being lock-down facilities for children placed in the foster care system, which is why the run-away issue continues to be a problem for children in foster care placements in Oklahoma and across our nation.

I am encouraged that Tulsa Boys Home formed a “task force” involving DHS, law enforcement, Juvenile Justice, the Tulsa County District Attorney, legislators and other stakeholders to look into solutions to improve the foster care run-away issue in Oklahoma. By implementing the ideas and improving stakeholder communications through the task force, we are seeing a significant improvement in Tulsa Boys Home's run-away statistics already.

I look forward to hearing additional ideas as well as any recommendations regarding future legislation related to this matter."

When it comes to new details on the investigations into the death of Cameron and Rylan, Dorman said there is no update. “We are still waiting the results of the investigation to determine what exactly happened and then what will happen to try to change the system to make sure that this never happens again," Dorman said.

News On 6 has been able to confirm over the past seven years, more than 200 troubled youth from Oklahoma have been sent to other states, like Tennessee, for care through a DHS partnership. Joe Dorman calls that a band-aid on the critical situation and in his opinion, can't be a long-term solution.

The Tulsa Boys' Home and the state Department of Human Services declined to participate in this update, citing ongoing litigation.