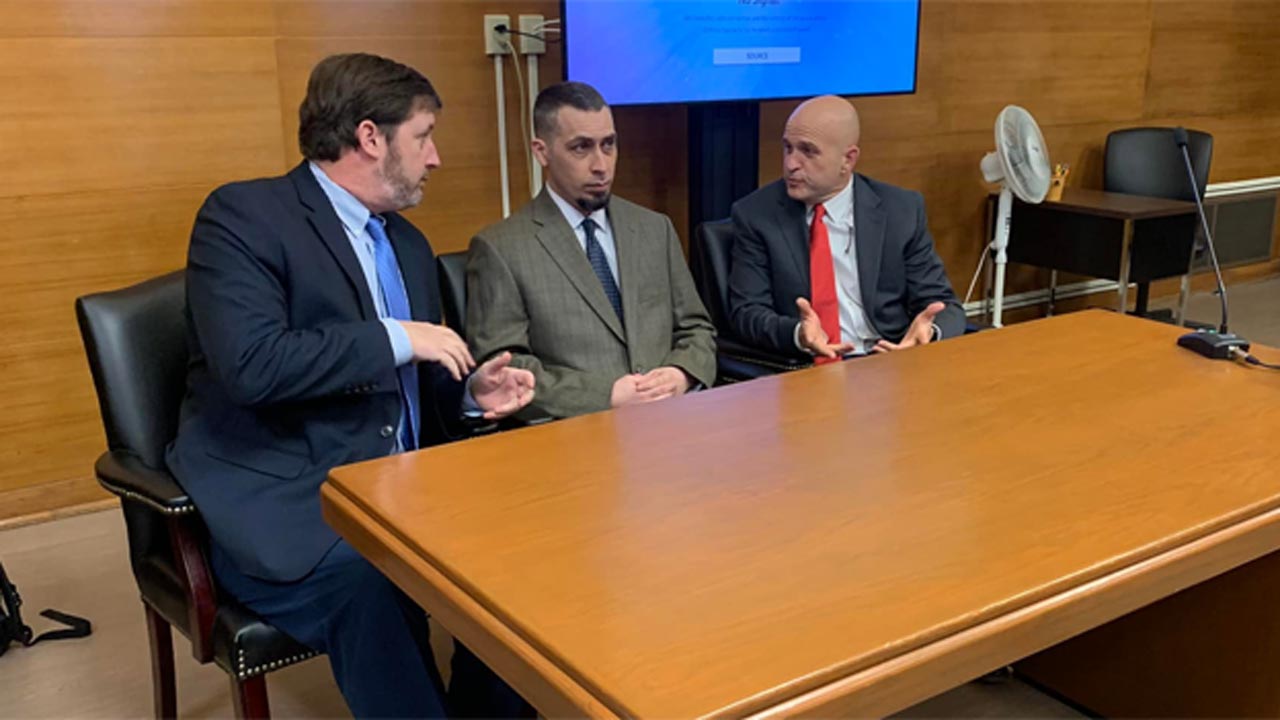 A Tulsa County jury has sentenced David Ware to death for murdering Tulsa Police Sergeant Craig Johnson. The jury deliberated for three hours. When they came back with death, Ware didn’t show much emotion in the courtroom. He looked straight down.

District Attorney Steve Kunzweiler said he is proud of the 12 jurors for their attentiveness and for enduring the horrible things they had to watch and hear during the trial. He said the jury gave justice to Craig Johnson's family, Tulsa police, and the Tulsa community.

Just before the jury started deliberating, the Prosecutors told the jury, “Today is about accountability. This is not the first time David Ware got violent with police, but it needs to be the last.” Prosecutors apologized to the jury for the graphic videos they had to watch and the things they had to hear during the trial. They said these are things they may carry with them for a very long time.

Prosecutors argued Ware didn’t just shoot the officers, he shot them both in the head, then ran away and left them to die.

After the verdict, Sergeant Johnson’s wife said in a statement: “I want to thank the jury for all of their time and attention they have given to the case. I know they had to see a lot of hard things that I imagine will be with them for a long time. I pray they are able to heal from the experience, I thank the DA’s office for all of their hard work. My request at this time is that the silent majority that I have seen and heard from starts speaking up and changing the anti-police culture being created.”

Tulsa Police Chief Wendell Franklin said, “I think every man and woman in uniform, whether it’s a TPD patch or some other patch, I think this speaks volumes to this piece of cloth that we wear. That resonates with all of us, that we do have someone or something bigger than us that is in the background supporting us." Chief Franklin also praised Sergeant Johnson’s family for their strength through this tragedy. He said this is a step toward healing for everyone.

David Ware was convicted of murdering Sgt. Craig Johnson last week and is now facing the death penalty. Two jurors were removed at their own request on Wednesday just before closing arguments began. The judge agreed to call in the alternate jurors. The jury reached the final decision after three hours of deliberation.

On June 29, 2020, Sgt. Johnson and Officer Zarkeshan pulled over David Ware during a traffic stop. They said he refused to get out of the car, even after being tased and pepper-sprayed.

Then as the officers were trying to pull Ware from his car, he opened fire, hitting both officers, killing Sgt. Johnson. Later that day Tulsa Police Chief Wendall Franklin announced that Ware and another man had been arrested. Franklin said after the shooting Ware left the scene with the help of Matthew Hall.