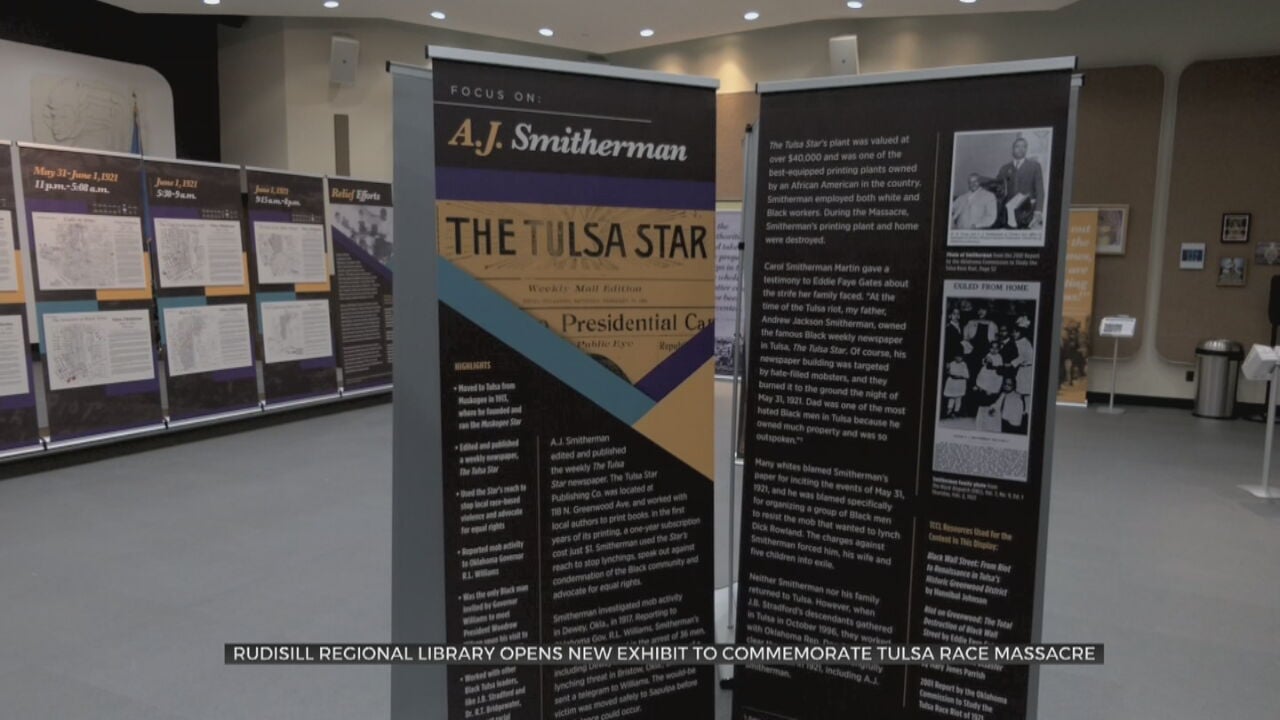 The Tulsa City County Library is reopening an exhibit on Tuesday to commemorate the 1921 Tulsa Race Massacre.

This exhibit is a smaller version of one that was originally displayed during last year's centennial.

The TCCL Remembers Exhibit at the Rudisill Regional Library consists of several panels with photos of Greenwood and also of media coverage.

Visitors will get to learn more about the events that led up to the massacre, the massacre itself and how people responded afterward.

People have the chance to also interact with the material with brochures and take-home guides.

The exhibit opens Tuesday and people can view it during normal library hours at no cost.

Larissa McNeil with the Tulsa City County Library says it is important that people learn from history so it doesn't repeat itself.

"People came and they wanted to make sure they could do things for their families and for that to be decimated, we got to know it,” said McNeil. “We got to be able to know it to acknowledge it so that we can heal from the past, because we can't if we don't."

McNeil says she hopes people see resilience in this exhibit.

“I think we put so much emphasis on the massacre itself and don’t get me wrong, that’s something that we absolutely need to know, but I want them to realize that after this, African Americans in Tulsa just didn’t sit down and take it,” said McNeil. “They wanted to come back, they came back and rebuilt, and they wanted to make sure that their legacies lived on.”

A reception will take place on Tuesday from 5 to 8 p.m. where people can ask questions and learn more about the exhibit.