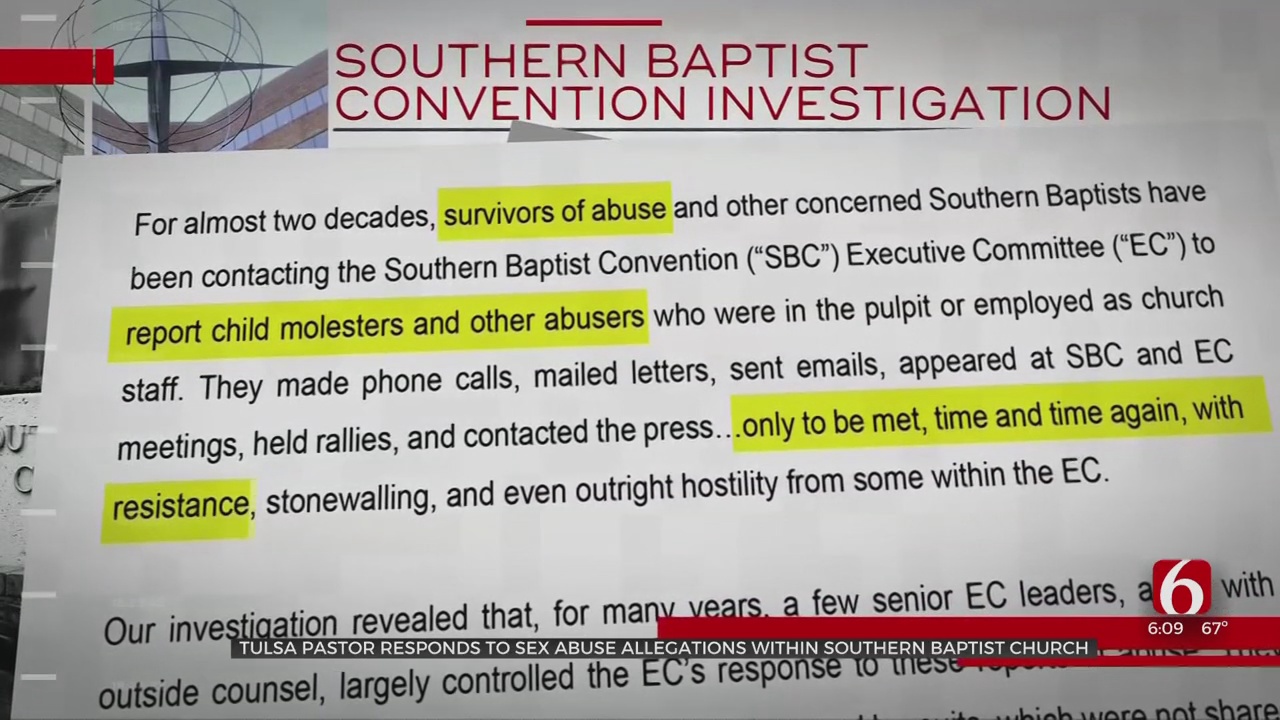 The church ordered the independent report after more than 700 victims of sexual abuse came forward.

No Tulsa churches are mentioned in the report.

"For the survivor community, I can’t imagine the pain you are going through and the pain you have endured for decades,” said Rolland Slade, Chairman of the SBC Executive Committee. “But I ask you to be patient with us as we try to grasp what is going on."

The allegations first came to light in 2019, when the Houston Chronicle and San Antonio Express found 700 victims of sexual abuse from nearly 400 Southern Baptist church leaders, pastors and volunteers.

After the report, some in leadership resigned, and the church commissioned an independent investigation which found leaders stonewalled and denigrated survivors, while trying to avoid liability.

Eric Costanzo is the pastor of South Tulsa Baptist Church and voted for the independent investigation.

“Really, it was almost like a prayer that a light would shine in all of the dark corners that needed to be seen,” said Costanzo. “And so we wanted that investigation to happen in a way that would not be manipulated."

Costanzo says he's devastated, and it's important the convention as a whole, acknowledges wrongdoing and takes steps like releasing the names of abusers.

I've been a part of a group for several years that's been calling for an internal database to be shared among Southern Baptist churches so that we would all be aware if someone has been an abuser, has been convicted, there's a credible threat, that we would be able to share with each other," said Costanzo.

Costanzo said South Tulsa Baptist already had prevention measures in place but stepped them up in 2019.

He hopes the denomination as a whole gets through this even stronger.

“I truly believe these dark things that have come out, that needed to come out, they should be devastating to us but they do not represent the majority of people who come to a church like this one," said Costanzo.

Next month, the SBC is holding their annual meeting in Anaheim, California to further address this issue.

Costanzo said he will be there as well.