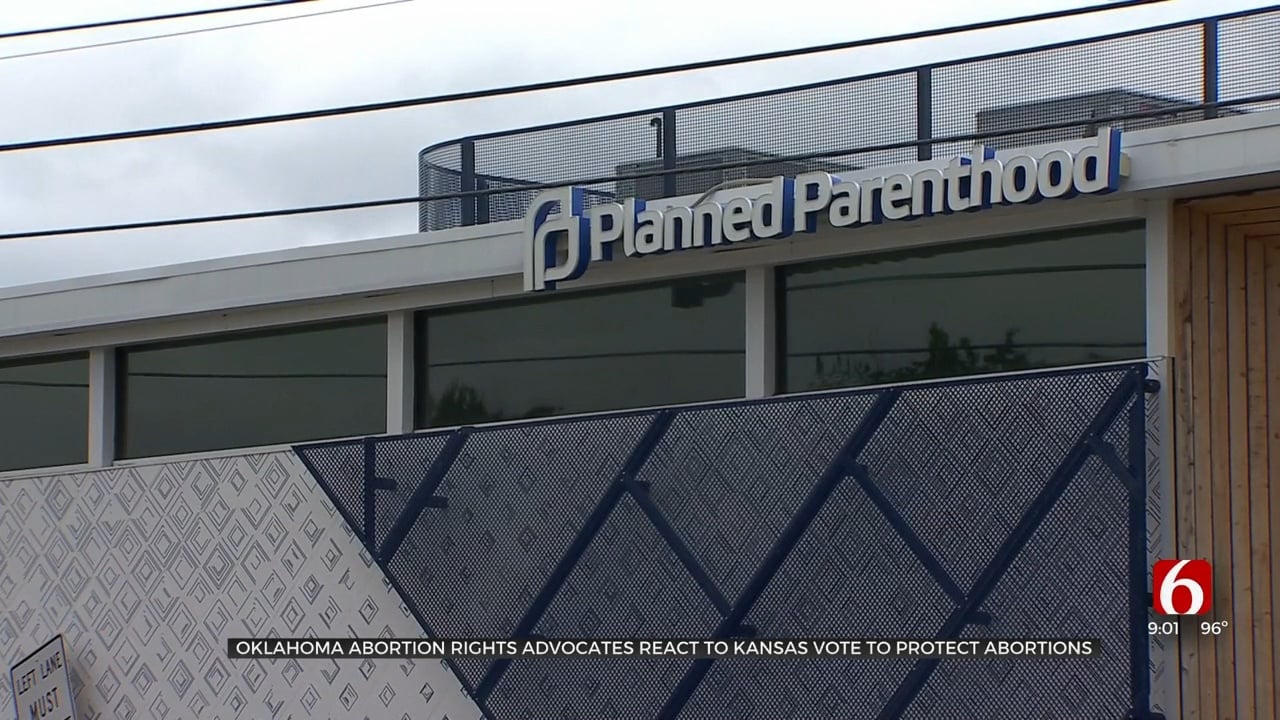 Abortion rights advocates in Oklahoma and other states are determining their next move after Kansans voted to protect abortion rights on Aug. 2.

Oklahoma and Kansas have many similarities in politics and now, proximity will play a big role in abortion access.

Emily Wales with Planned Parenthood Great Plains said there have been more people coming to Kansas from Oklahoma and Texas for help since the Supreme Court overturned Roe v. Wade.

"They are desperate for care, they feel like they can't tell anyone, and they're not sure why their rights are different than they are in neighboring states," said Wales.

While nearly 60 percent of Kansas voters said “No” to an amendment to the state constitution that would have allowed lawmakers to restrict abortion access, abortion rights advocates are working to get neighboring states on board.

"The other three states all have very narrow exceptions: Only in the case of medical emergency, so there are not rape or incest exceptions in the statutes in Oklahoma, Arkansas and Missouri,” explained Wales. “Even in the medical exception cases, what we've seen is a great deal of confusion."

Some Oklahomans, like Chris Moe, said they are hopeful Oklahoma could mimic Kansas.

Moe said he and other abortion rights supporters are working to get more registered voters and eventually a petition for a body autonomy bill.

"The reason we why we say body autonomy is because we believe the only way we can get something passed in Oklahoma to protect women's right to abortion is to make sure everybody has skin in the game," said Moe.

News On 6 asked Governor Kevin Stitt's office for comment. The office simply said in a statement, "This will not impact our state. Abortion remains illegal in the state of Oklahoma."