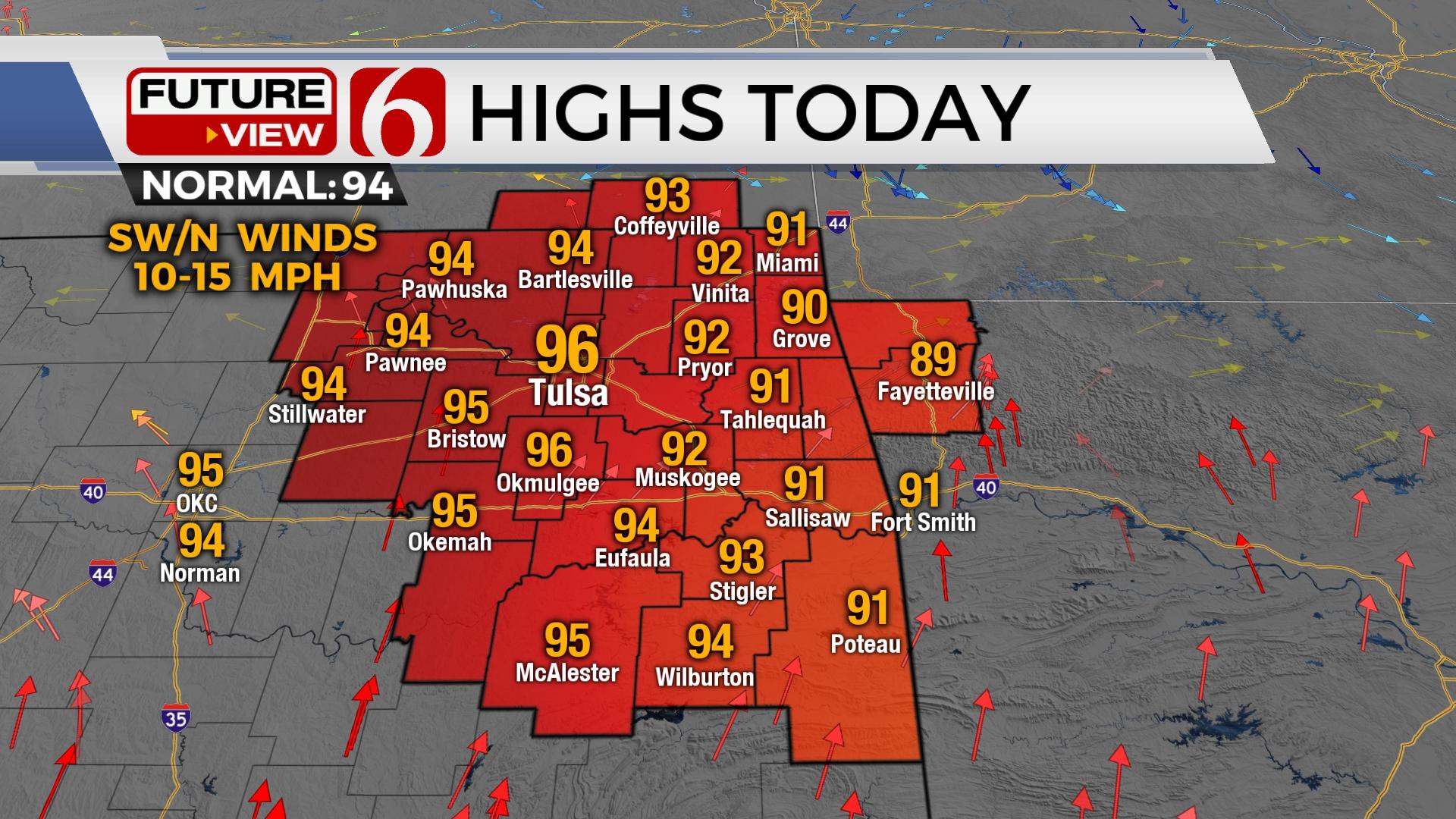 Storm chances stick around on Tuesday, offering a break from the intense summer heat that will soon return to Green Country. We’re still tracking the potential for additional scattered showers and storms Tuesday and for part of early Wednesday before storm chances diminish, and temperatures respond near 100 this weekend. Afternoon highs on Tuesday will be slightly below seasonal averages with most locations in the lower 90s east of Tulsa, and near normal west of the metro. Some highly localized areas of heavy rainfall will be possible as a convectively induced area of vorticity is dropping across northeastern Oklahoma early this morning. A weak front is positioned near northeastern OK this morning and will remain a focus for additional storm development later this afternoon and early evening. A few mature storms may produce damaging downburst of winds. We’ve already experienced at least one severe storm this morning near Crowder, OK (Northern Pittsburg Co.) where tree limbs and some power poles were broken due to strong winds. The mid-level ridge of high pressure is centered to our west and will allow a few weak impulses to traverse the area today and early evening. Precipitable water values are quite high. Mature storms will be highly efficient rainfall producers, but the overall coverage remains limited near and west of Tulsa with higher likelihood east and south this morning. A few additional storms are likely to develop this evening and may persist into early Wednesday morning before dropping off the radar. Wednesday afternoon highs should continue near or slightly below average with northeast winds but will be increasing Thursday through the weekend as the mid-level ridge expands eastward from the Rockies into the southern plains. The position of the ridge may still be favorable for a few storm chances early next week near or east of our immediate area but chances remain near or less than 10%.

No heat advisories are likely today or Wednesday but will be more likely to return later this week through the weekend.