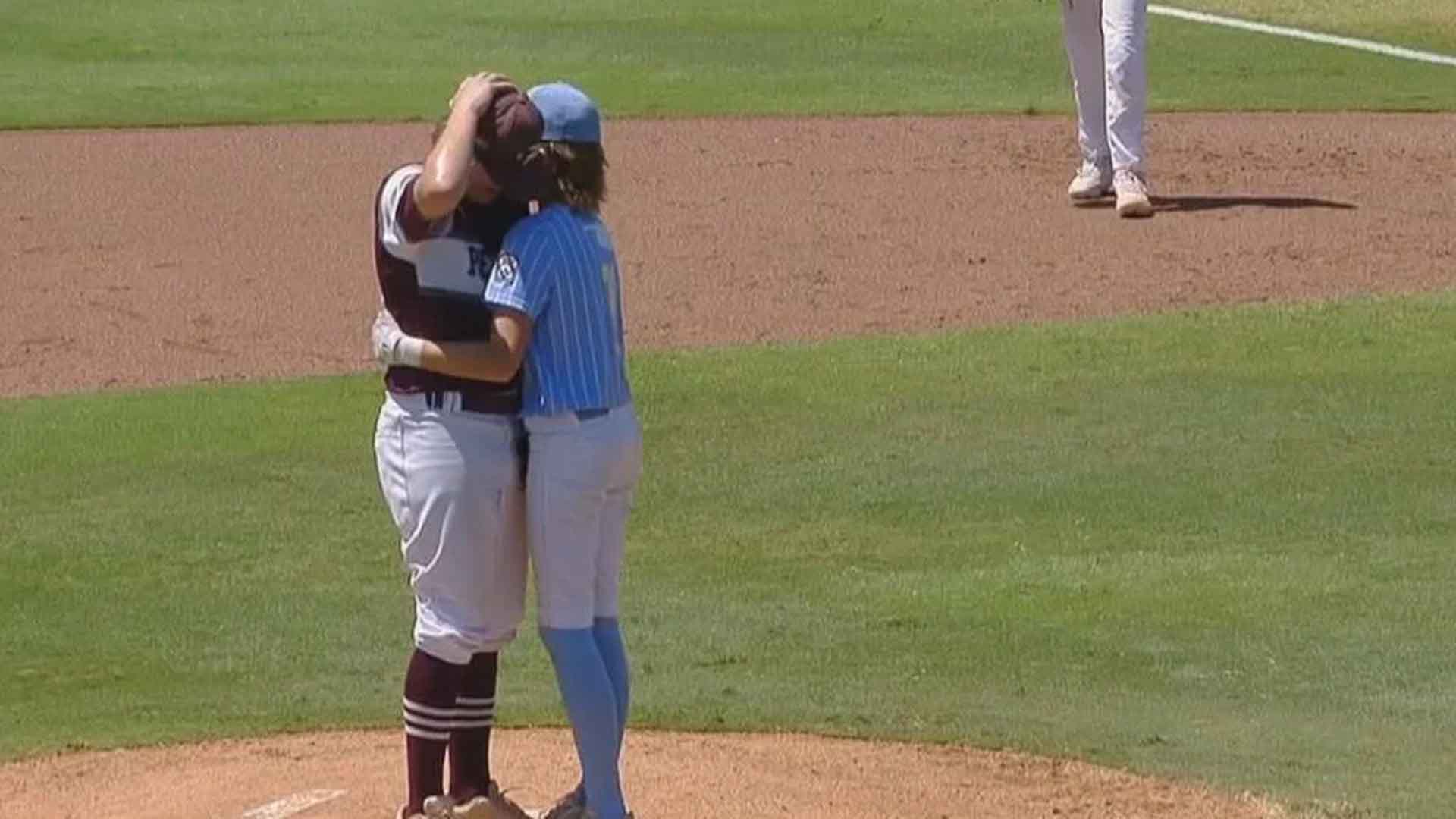 A Tulsa Little League player is getting a lot of attention for his sportsmanship on the field Tuesday.

Isaiah Jarvis got hit in the head with a baseball - an incident which clearly bothered the other team's pitcher.

Isaiah was knocked down, but he's showing everyone what's more important is what happens after you get back up.

"He tried to throw a curveball and it hit me," Jarvis said. The hit knocked him down hard.

Once he was on first base, Isaiah's attention went to the pitcher.

"He had his glove kind of on his face and I could tell that he was pretty emotional, he was scared for me and was crying. So as soon as I saw that, I tossed my helmet to the side and I walked over there and I told him it was okay," he said.

"I started welling up with tears and that was the most emotional part of the whole weekend," he said. "There wasn't a moment I was more proud of him than that moment right there."

"These boys have this amazing ability to put people ahead of the game," he said. "It was just one of those moments where you're just sitting there going, 'Man this is much, much bigger than baseball.'"