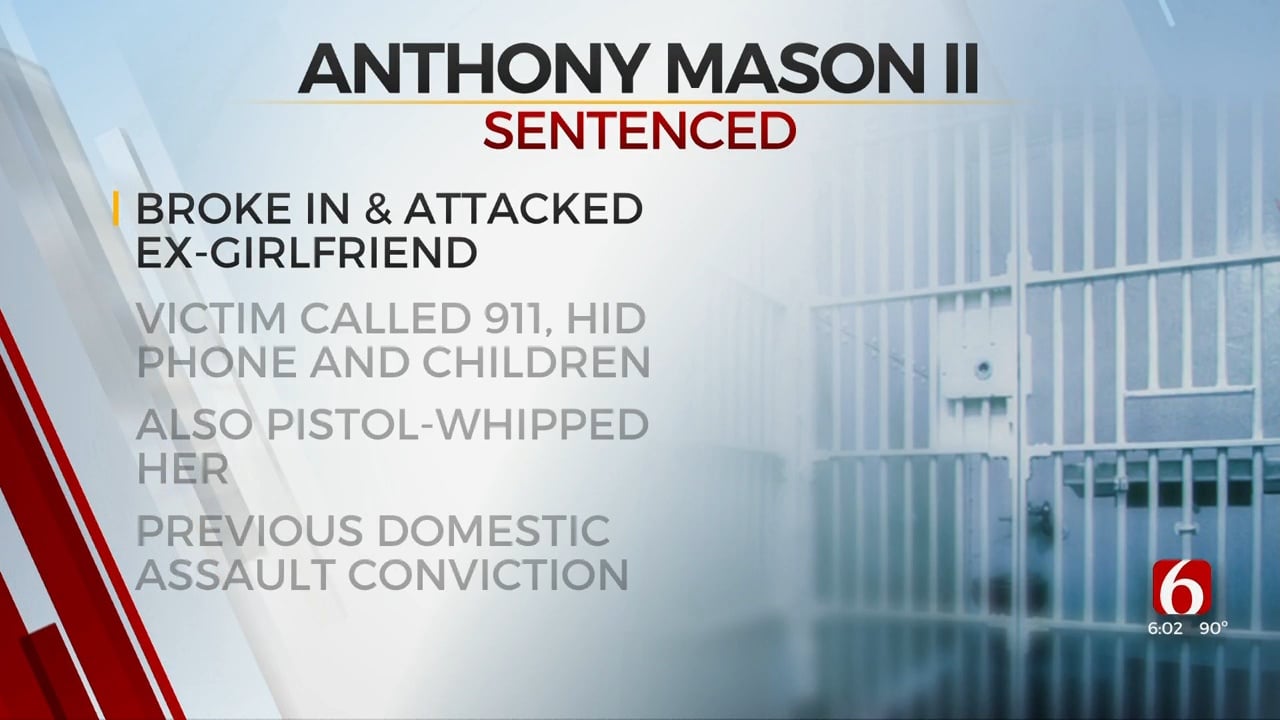 A Tulsa man was sentenced to seven years in federal prison for breaking into a former girlfriend’s home and strangling her on Mother’s Day in 2021.

“The U.S. Attorney’s Office for the Northern District of Oklahoma is committed to prosecuting domestic violence cases and protecting victims,” said Johnson. “Anthony Mason II will spend seven years in prison for a violent attack on his ex-girlfriend while children were in the home. Assistant U.S. Attorneys Chantelle Dial and George Jiang are to be commended for their astute performance at trial and their advocacy for the victim in this case. ”

The investigation into the assault was carried out by the FBI and Tulsa Police Department, according to the United States Department of Justice.