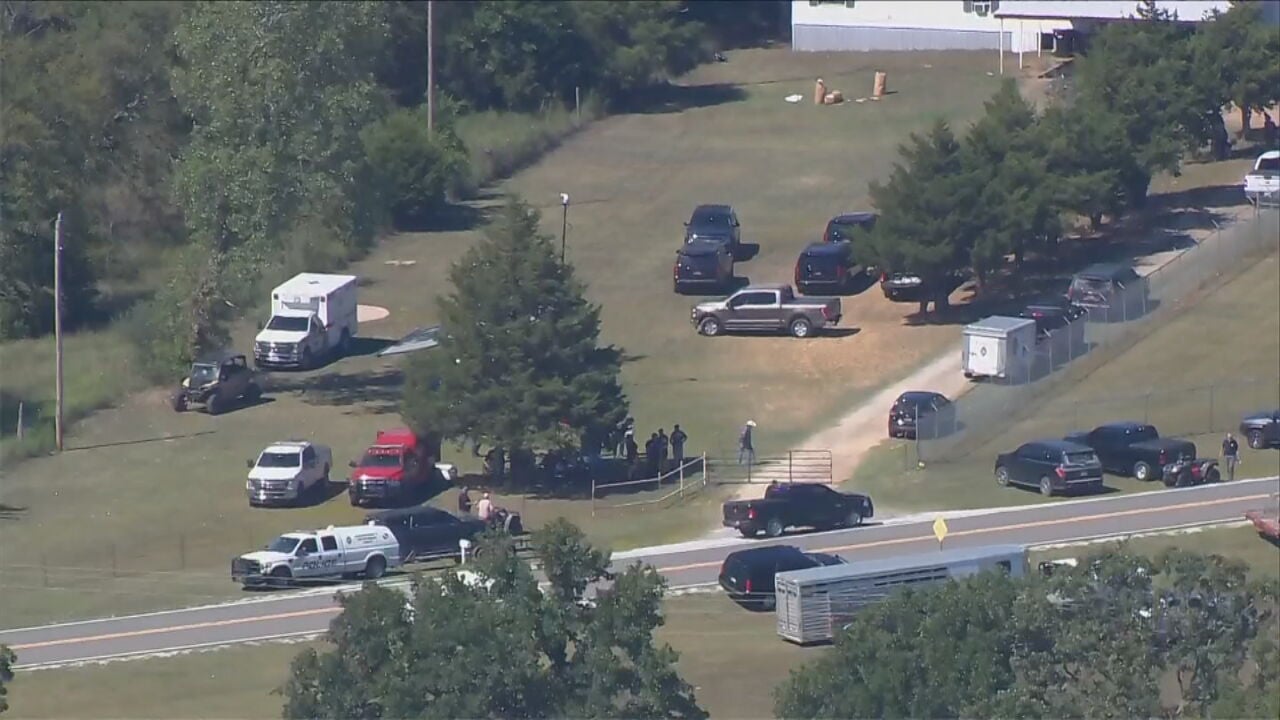 A large search effort for a small boy ends in tragedy as investigators try to figure out what led to Ares Muse’s death.

The missing toddler was found dead in Okfuskee County after hours of searching.

Several agencies spent about 12 hours looking for Ares Muse in a rural area with lots of hills, gullies, trees, ponds, in hopes of finding the two-year-old okay.

State Troopers said a team from the Pontotoc County and Colgate Fire found the boy around 6 p.m., just about half a mile away from his home.

“We talked all day long about wanting a good outcome, and we didn’t get that,” said Jason Salsman, Muscogee (Creek) Nation Press Secretary. “After a long day and an extensive search with over 20 plus agencies involved, I have the unfortunate responsibility to let everyone know that we did find the boy. Unfortunately, we found him deceased.”

The Muscogee (Creek) Nation said the father told them the little boy crawled in bed with his parents around 1:30 Monday morning and when they woke up at 6:30 a.m., he was not in bed and nowhere inside their home.

The two-year-old’s father told police the little boy would have had to made it through three locks on a door to get outside.

“Shift those prayers now to the family and to the law enforcement officers that poured their heart and soul into today’s search. The hardest thing for them is when it turns out like it did today,” said Salsman.

Twenty search teams came to look for the little boy.

“This is how we operate in Oklahoma. Both tribal, state, federal, local not only law enforcement but you had first responders, fire, you had horseback. You had guys that brought horse out and dogs. DOC was there,” said Eric Foster, OHP. “We do come together, and we had a lot of citizens reach out as well wanting to help. And that’s just Oklahoma and we’re proud to be a part of that.”

Investigators aren’t saying what they think could have contributed to the boy’s death.

If you know anything, call Muscogee (Creek) Nation Lighthorse Police.