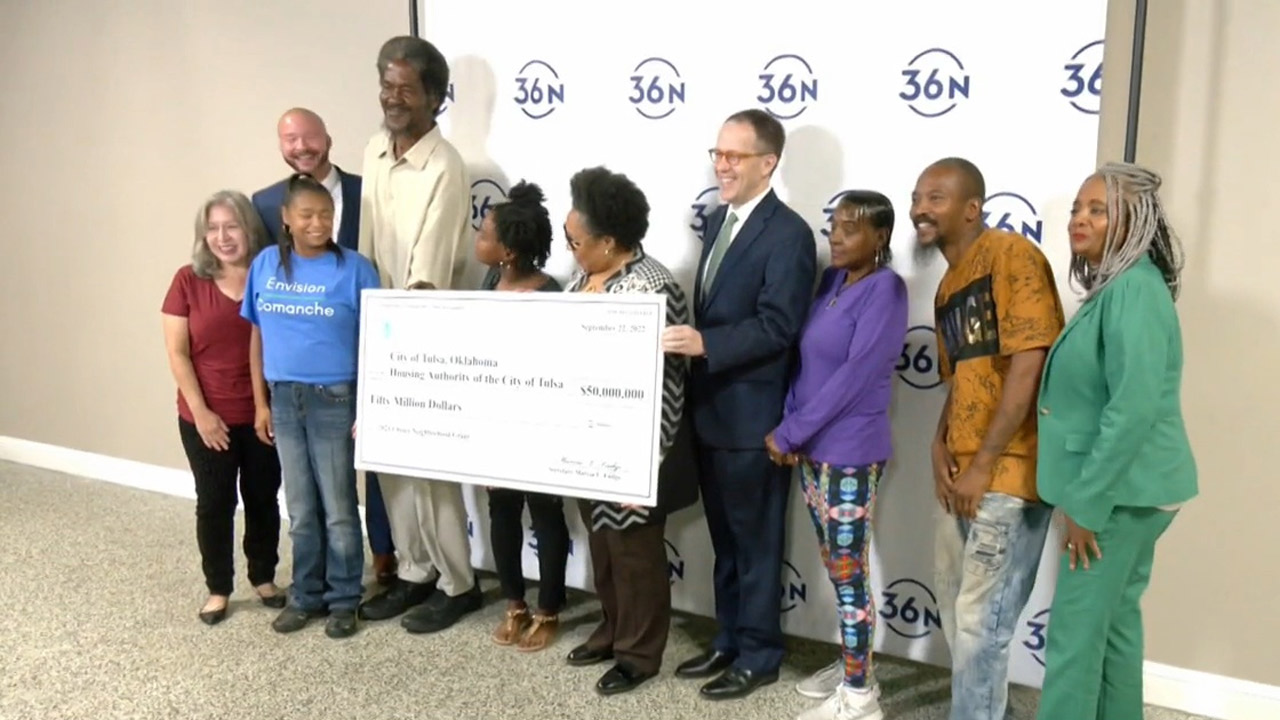 The Tulsa Housing Authority was presented a $50 million grant to help revitalize a North Tulsa community.

The money is coming from the United States Department of Housing and Urban Development. HUD Secretary Marcia Fudge joined other city leaders, including Mayor GT Bynum, in a ceremony to present the grant. The project happening at Comanche Park, located near Peoria and East 36th Street North, becomes the second recipient of a Choice Neighborhood grant in Tulsa.

The nearly $200 million dollar project would be completed in six phases. Plans call for transforming the area into a mixed-use community with areas for apartments, retail and a new park.

“It is going to change the lives of people here, but more importantly, it is saying to this community that we see and value what you are doing here,” said HUD Secretary Marcia Fudge. “We want to be a part of it.”

Mayor Bynum presented a key to the city to Fudge during the ceremony. Residents of Comanche Park were also invited out to listen to the big announcement.

The Tulsa Housing Authority says residents will have the right to return once the new apartments are finished.

“It really is just about them and making sure that we are doing everything that we can to try to provide the best communities in Tulsa,” said Aaron Darden, CEO of the Tulsa Housing Authority.

Construction is expected to begin in early 2023. The project should be finished in 2029.