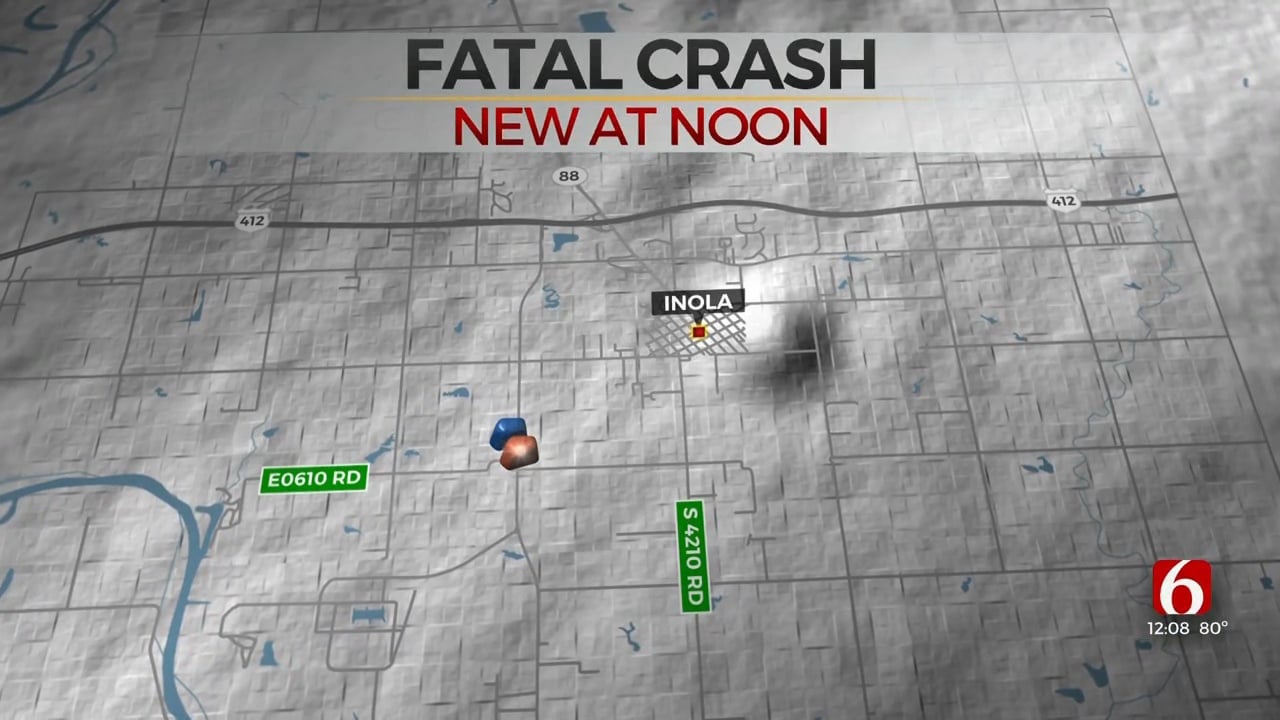 Oklahoma Highway Patrol (OHP) Troopers say one person is dead after a crash in Rogers County on Tuesday evening.

According to troopers, 40-year-old Martin Rios, of Inola, Oklahoma, was traveling southbound on 4200 Road in a 2015 Chevrolet truck when he drove off the road and struck a ditch and an embankment before rolling the vehicle. Troopers say the vehicle then came to rest on its wheels.

Rios was ejected nearly 40 feet from the vehicle during the crash, according to Troopers.

Troopers say Rios was taken to a Tulsa hospital where he was pronounced deceased.

Troopers say it is currently unclear what led to the crash.