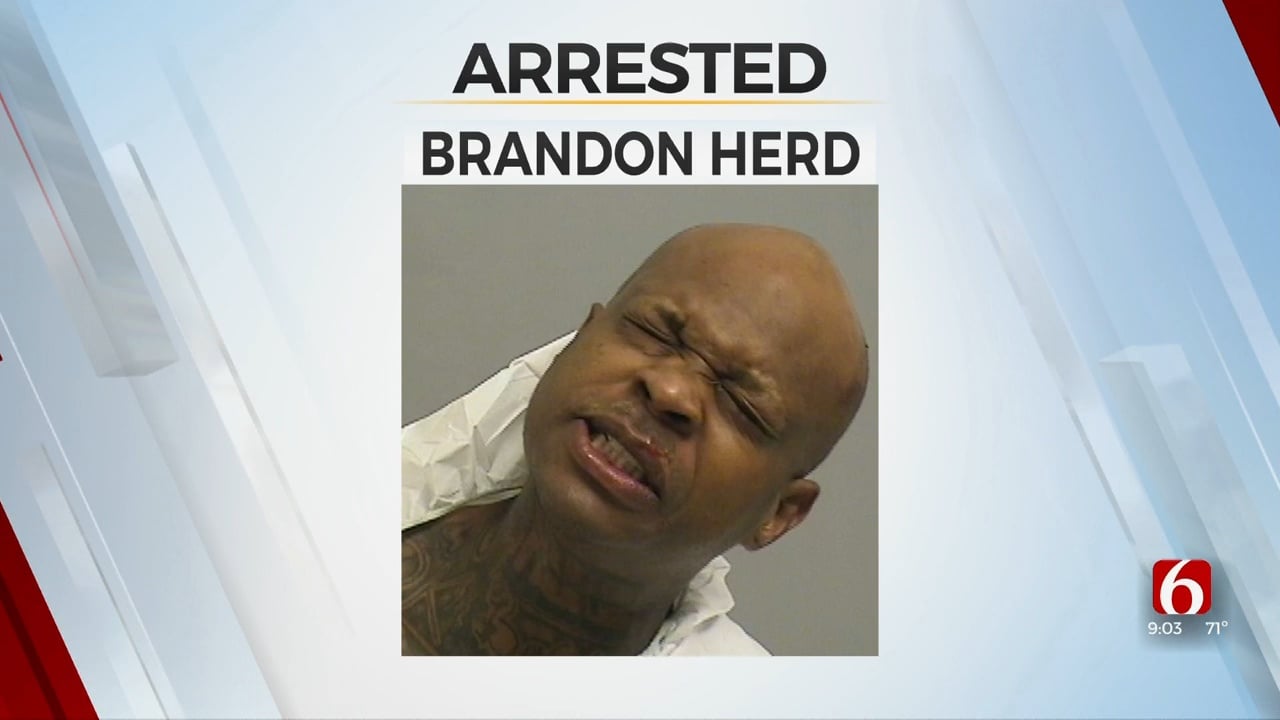 A Tulsa man is accused of raping a woman at gunpoint, police said.

On Tuesday, Brandon Herd asked the victim at a hotel where he could buy drugs, officers said.

The victim told him she didn't have any drugs and went to close the door, but Herd pistol-whipped her and forced her inside, police said.

Herd raped the victim twice in front of her elderly friend, who was also in the room, police said. He then stole from the victim and left, according to police.

Early in the morning on Thursday, a hotel employee spotted Herd and called 911, police said.

Officers shared a photo of Herd's arrest at a gas station, which shows him wearing a skirt and wig.

Herd is being held for rape, robbery, and failing to register as a sex offender.