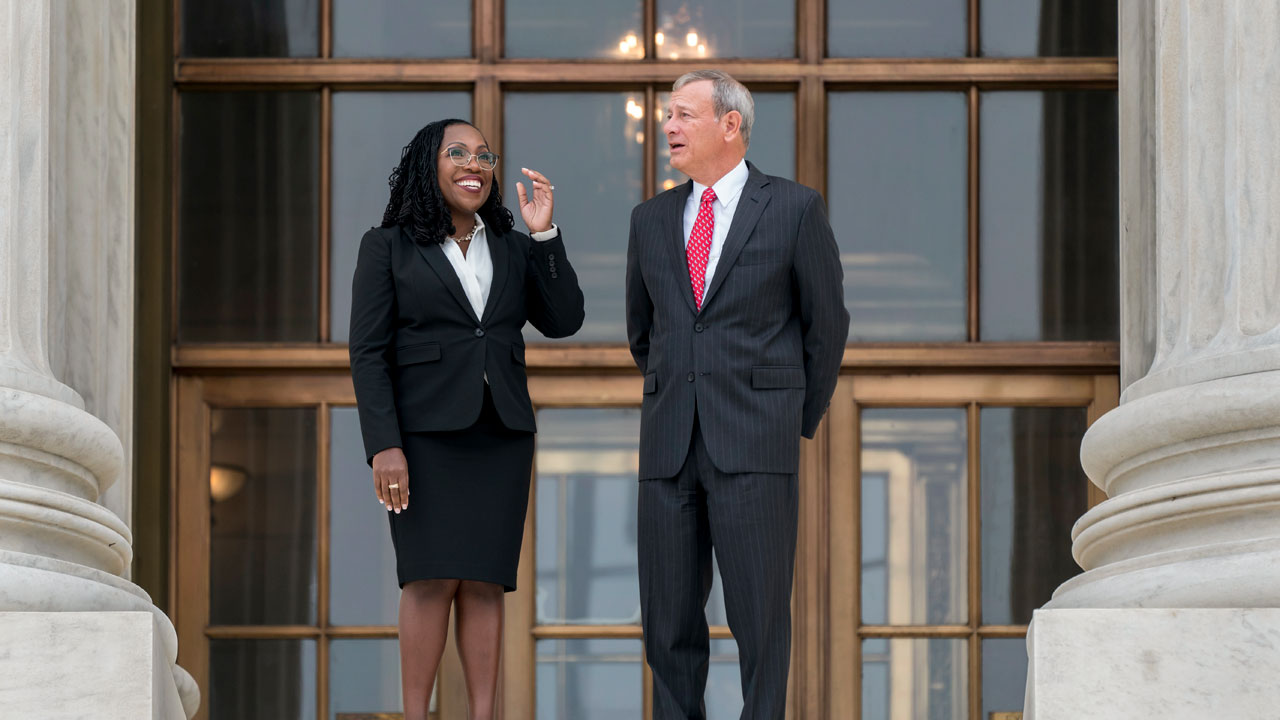 Supreme Court Justice Ketanji Brown Jackson was formally welcomed to the high court at her investiture ceremony Friday morning, just before the Supreme Court convenes for the start of its new term Monday.

President Biden and Vice President Kamala Harris, joined by their spouses, attended the closed, invitation-only ceremony Friday for Jackson, the first Black woman to serve on the Supreme Court. Jackson was nominated to the Supreme Court by Mr. Biden to replace retiring Justice Stephen Breyer and confirmed by the Senate in April. She was sworn in as the 116th justice at the end of June.

No cameras were allowed inside the Supreme Court for the six-minute ceremony. Chief Justice John Roberts administered the oath to Jackson, before she took her seat at the bench and smiled as Roberts welcomed her to the court. The courtroom was packed, and nearly every seat inside was taken, according to reporters inside the room. All current and some former justices were in attendance.

Breyer had already administered the judicial oath to Jackson in late June.

The high court ended its last term — Breyer's last as a justice — with blockbuster rulings ending the constitutional right to an abortion, expanding gun rights and curbing the power of the Environenmental Protection Agency to combat climate change.

In the high court's new term — Jackson's first — the justices will weigh in on race-conscious admissions policies at selective universities, voting rights and federal elections and anti-discrimination protections for LGBTQ people.

They will also welcome members of the public to oral arguments for the first time since the COVID-19 pandemic and provide live audio of scheduled arguments for the new term. The high court began providing audio of its arguments after the pandemic closed the courtroom and continued to do so through its most recent term.