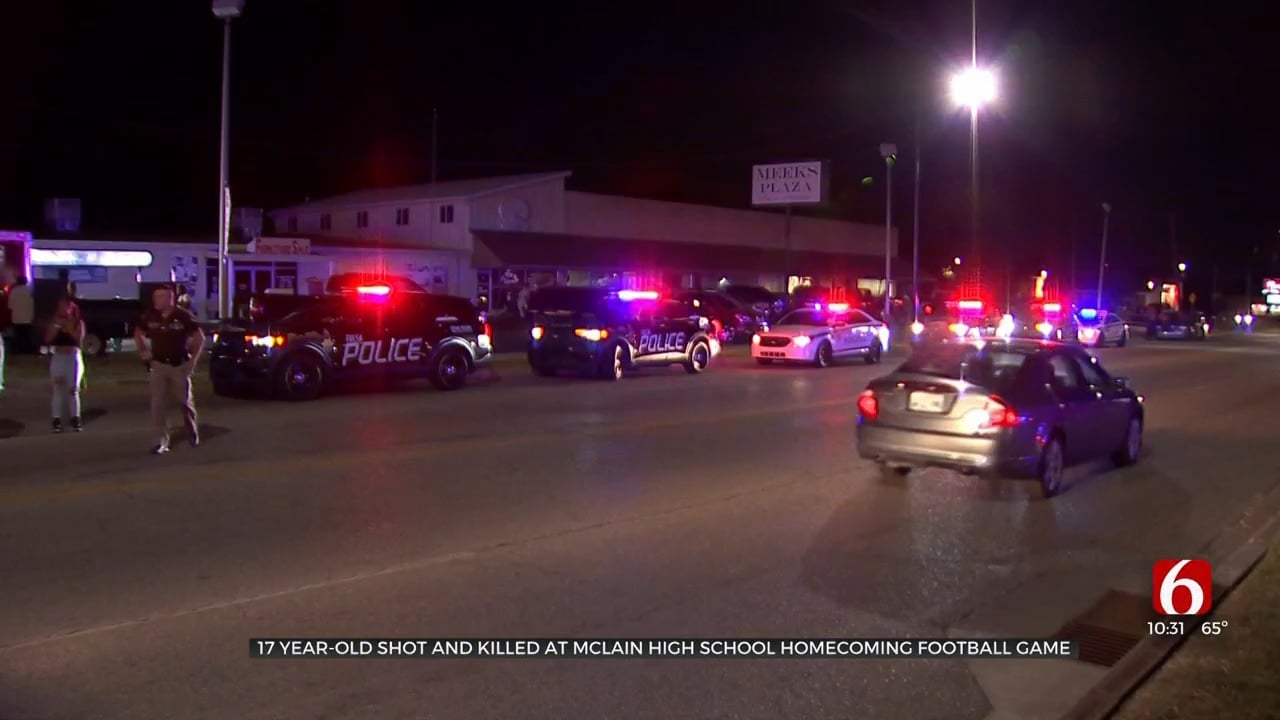 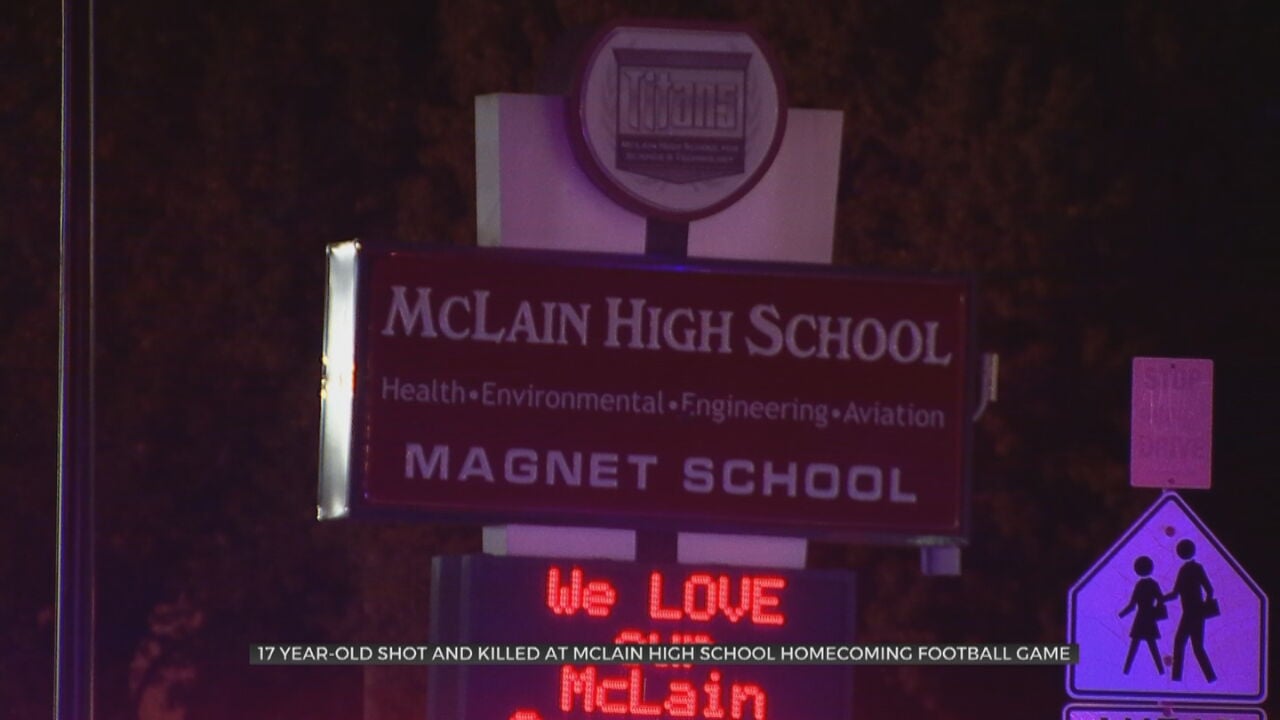 According to TPD, A 20-year-old woman and a nine-year-old girl were both injured in the shooting.

Police say officers discovered the victims at a hospital after the shooting.

This is a breaking news story, the original story can be found below.

The gunfire killed one 17-year-old and hurt another, as police are still looking for the shooter.

Tulsa Police say when they arrived at McLain, they found one of the victims dead at the scene and the other in critical condition.

Police say there were hundreds of people at the stadium, and that they have not found a weapon yet

Video from the broadcast of the game shows both teams taking off running once they heard the gunshots.

Officers searched with k-9 units and checked neighborhoods, looking for the shooters, but they got away.

"Last night's events are a tragedy for our Tulsa Public Schools family: for our students, team members, parents, and families; for the families of the young people directly involved, and for the entire Tulsa community.

The McLain team is working with our district Student and Family Support Services team to make sure we have crisis support available for students when classes resume on Monday."

Our hearts are with the McLain, Miami and Tulsa Public Schools communities following last night's tragedy and violence.

We stand together with students, families and school communities to assist and support them in the coming days and weeks.