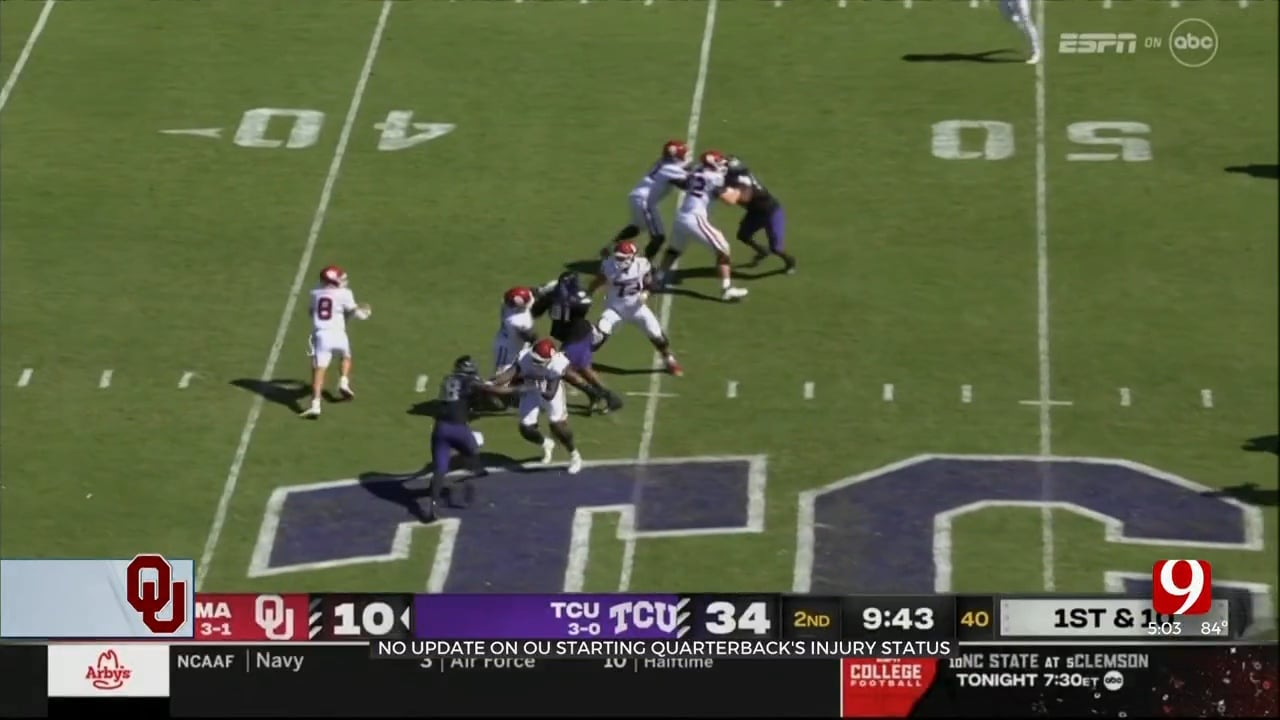 Oklahoma coach Brent Venables discussed the status of his starting quarterback three days after he suffered a head injury.

Venables went before the media Tuesday morning, but he didn’t have much to say about Gabriel or other Sooners injured in Saturday’s game.

“There’s some (sic) injury situations going on right now that are still up in the air,” Venables told reporters.

Venables did offer something definitive regarding the quarterback position, saying they’ll have “three quarterbacks” who will practice this week ahead of the Red River Shootout against Texas.

But who will make up the three quarterbacks later this week? Will Gabriel be one of them? Davis Beville suited up in Gabriel’s place when he went out of the TCU game. Does Beville move up a spot in the depth chart against the Horns?

Then there are sophomore General Booty and freshman Nick Evers. Are they on the table?

It’s tough to tell if Venables legitimately does not know any more about his team’s mounting injuries or if the injury situation is shrouded in secrecy to make sure Texas doesn’t know what is coming to them on Saturday.

Either way, Sooner fans will have to wait until gameday.