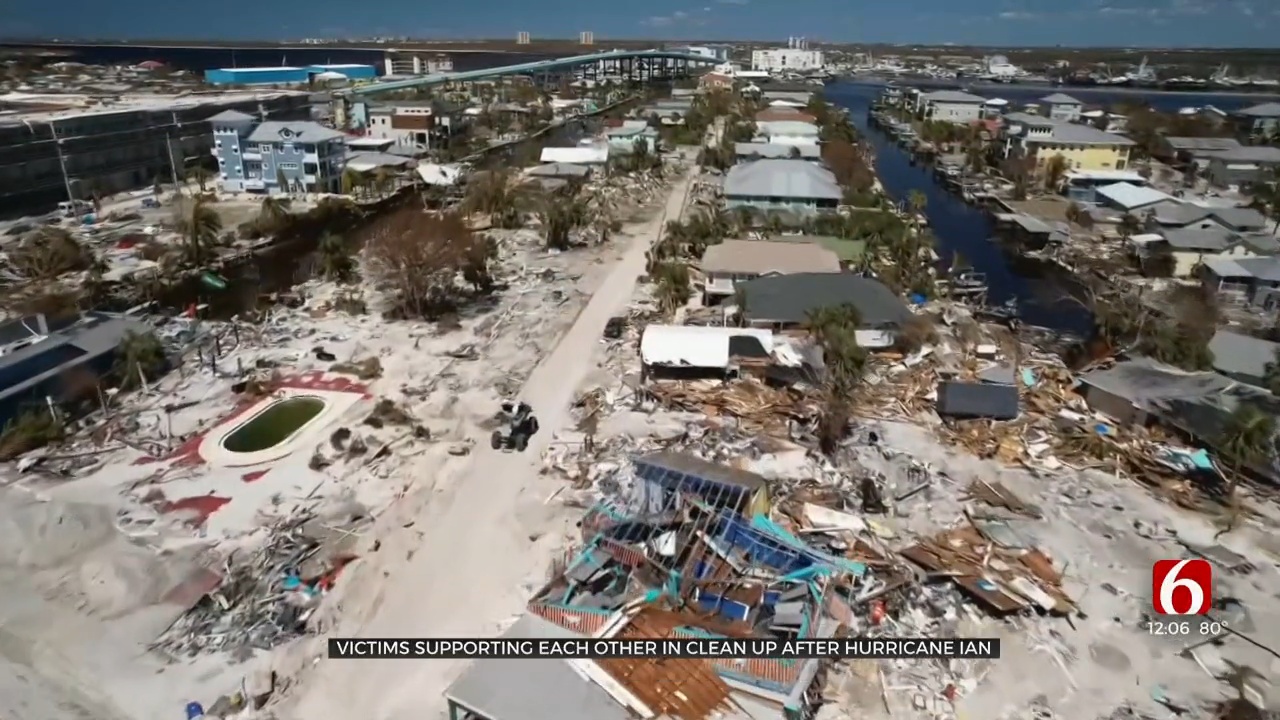 Ruined clothing, furniture and appliances litter neighborhoods in Florida where Hurricane Ian plowed through last week. Many residents still lack food, running water and electricity in the aftermath of the storm, which was one of the strongest to ever hit the nation.

"Now with the storm, they don't have nothing," Miriam Ortiz, who runs a Florida food pantry, said about the Fort Myers community.

Ian made landfall last Wednesday in southwestern Florida as a Category 4 hurricane. The storm then raced across the peninsula, went out into the Atlantic Ocean, and made a second landfall as a Category 1 hurricane in South Carolina on Friday. More than 100 people have been reported dead.

Baltzars Lopes said he evacuated his family to the roof at the height of the storm as the home filled with water.

"I tell everyone just to lay down on the roof, don't move," he recalled. "Because the winds was so high."

The storm, which upended communities with vibrant tourist economies like Fort Myers Beach, Sanibel and Captiva, left many unemployed.

Sylvester Manjaras worked as a restaurant worker but said he's now looking for any type of job to support his family. Two other women said they spend hours on the phone trying to reach the Federal Emergency Management Agency and unemployment assistance in the wake of the storm.

FEMA Administrator Deanne Criswell is set to travel to Florida with President Joe Biden Wednesday as the agency's damage assessment is underway. So far, more than 2.3 million meals and more than 15 million water bottles have been distributed throughout the state, according to officials.