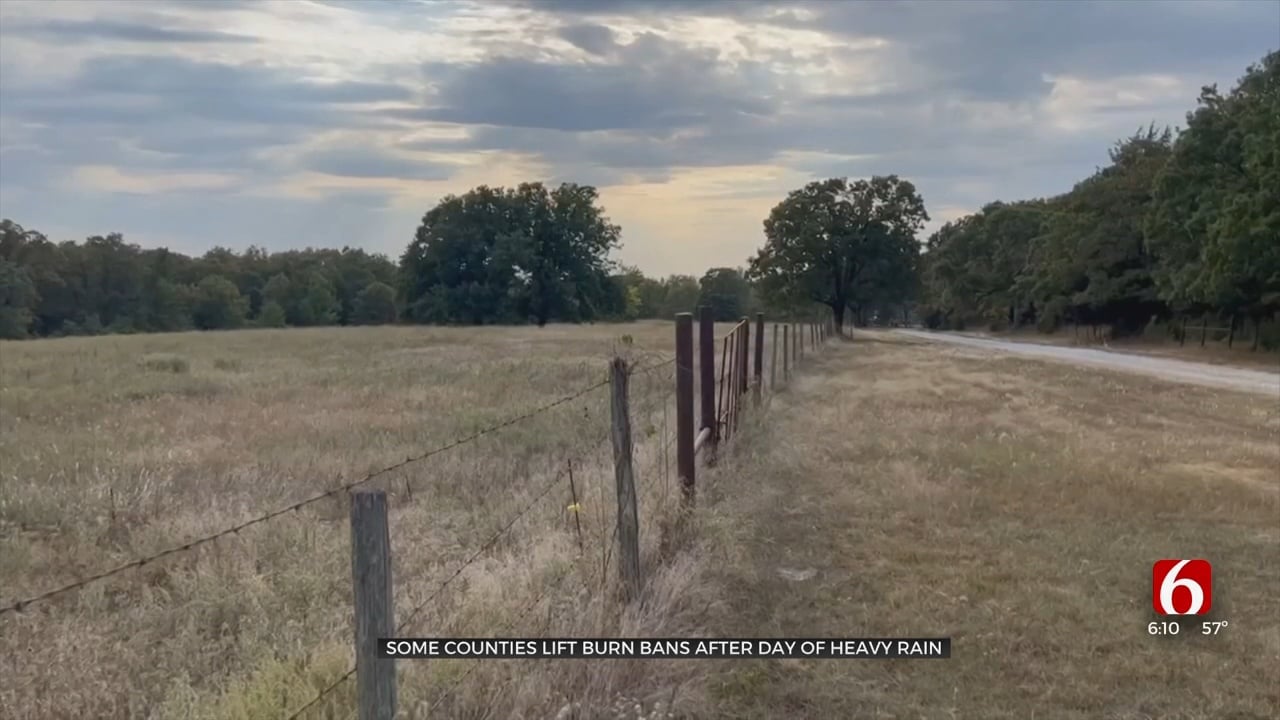 Several counties are reconsidering their burn bans after storms and heavy rain hit the state Monday.

County leaders are pretty optimistic about the rain, but some said they’ll need several more days of it before they can lift the ban. Others said the bans can expire for now.

Rogers County has had some of the worst drought conditions in the state. Even with Monday’s rain, their county commissioners decided to keep the burn ban in place for seven days.

"We're getting some rain, but this is the driest I can ever remember it being,” said Dan DeLozier, the County Commissioner for District 1 in Rogers County. “I want to see what's behind this. It may be for 3 days, we'd be good, but then we may need it again."

Scotty Stokes, the director of the Rogers County Emergency Management team said he’s worried once the rain stops, the problems will start again.

"Just because we're getting a little bit of rain right now doesn't change the fact that it could, as soon as the rain stops, the vegetation can dry right back out and create the same problems that we've had just like over this weekend," said Stokes.

Tulsa County decided to let its burn ban expire. They said the forecasted rain will significantly bring down the risk of fire danger.

"But as of right now, with two to three inches of rain, we anticipate everything being nice and wet, fire risk is going to be at a minimum, and so we felt confident that we could go ahead and allow the burn ban to expire," said Joseph Kralicek, the Executive Director of the Tulsa Area Emergency Management Agency.

Tulsa County said that even though the burn ban is over for at least the next week, it’s important to still pay attention and be careful.

"Even though the burn ban has expired, recognize we are still in a drought situation, we are moving into fall where everything starts going dormant, all the leaves are browning, grass is all turning brown, you still need to be cautious and careful," said Kralicek.

Both Rogers and Tulsa Counties will reevaluate next Monday.

You can find a list of what counties are currently in a burn ban on the Oklahoma Forestry Services website here.