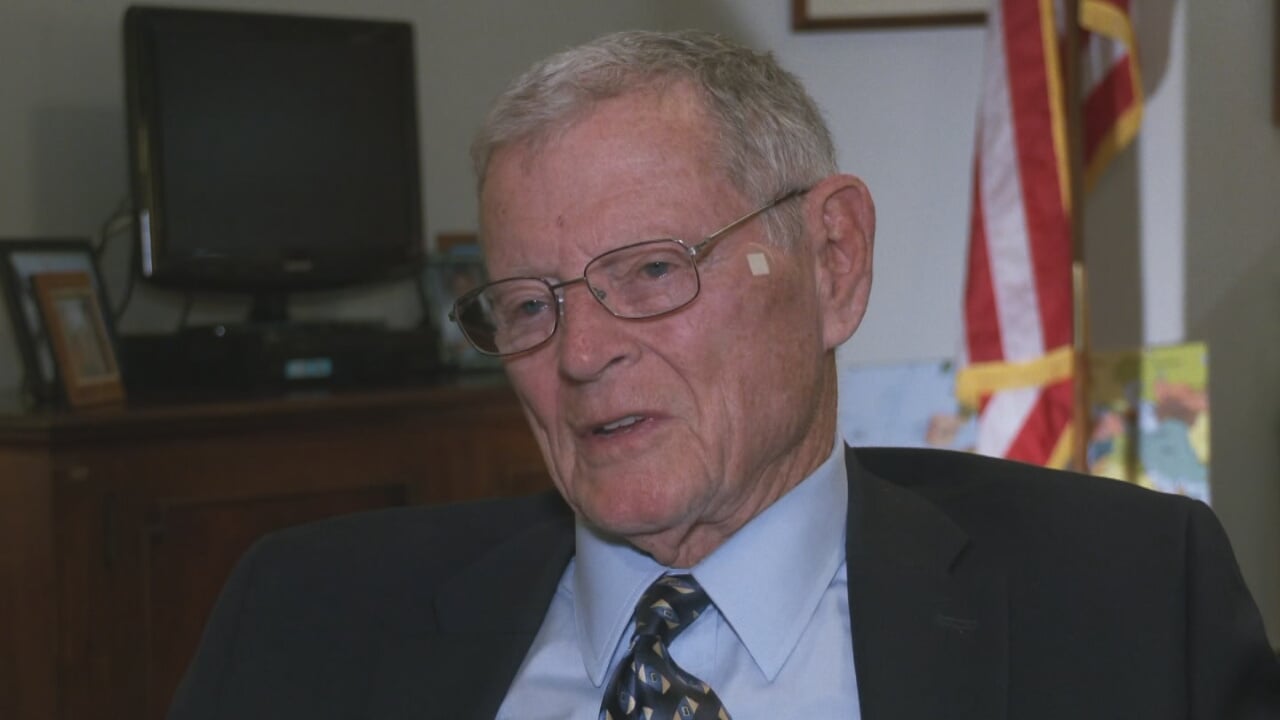 On January 4, precisely two months from now, Jim Inhofe will be enjoying his first full day of retirement after more than fifty years of public service, the last 28 of those in the United States Senate.

The legacy of Senator Inhofe, Oklahoma’s longest-serving U.S. Senator, is multi-layered and more complex than some might at first think. But ask him about it and he’s liable to try and turn the conversation in another direction.

"I’m out of here. I'm a has-been now, or I will be in a few days," Inhofe joked in a recent interview in his Washington office.

A wry sense of humor has helped Senator Inhofe, the once-unflappable pilot, weather some headwinds the last few years, beginning with then-President Trump's ill-advised veto of the 2021 Defense Authorization Act. Trump had urged Inhofe to include an unrelated reform measure in the bill, but the Senator refused, not wanting to set a precedent of jeopardizing defense spending by attaching potentially controversial riders to the Defense Authorization Act.

"You can’t veto a defense authorization bill," Inhofe said. "I mean, that’s never been done and never should be done,"

Inhofe's principled stance on Congress's constitutional duty to approve the certification of electoral votes put him at odds, on January 6, 2021, with some of his Republican colleagues and many of his own constituents, who wanted to prevent Joe Biden from taking office.

The 2020 election ushered in a new Congress, one that put him, as a Republican, back in the minority. Then Inhofe also had to contend with health issues. most notably a bout with COVID-19.

"This Covid stuff, which I got," he said, "is as serious of a case as anyone I know."

Ultimately, he says, it was health issues -- his and his wife Kay's -- that caused him to decide on retiring before the end of his term four years from now. Now, as he now glances toward the finish line and considers the entire arc of his career, Inhofe admits he feels great pride.

"This has been an opportunity to do things I never thought I’d be in a position to do," Inhofe said.

Perhaps most significantly for Oklahomans, Inhofe says he's proud that he helped end Oklahoma's run as a donor state, making sure, whether it was in highway funding or earmarked projects, the state got back as much as taxpayers were putting in.

He realizes earmarks are looked down on by many, but he says they help make sure federal dollars get where they're most needed, at the direction of people who know what the needs are.

"And I know it was the right thing even though it was not the popular thing," Inhofe commented.

The Tulsan also helped protect Oklahoma's military bases and worked diligently across the aisle to make sure America's military was adequately funded.

"We worked together," said Sen. Jack Reed (D-RI), chairman of the Senate Armed Services Committee, "and we did it in a way we thought was very appropriate."

Sen. Inhofe, the diehard conservative and climate denier, will apparently leave a legacy of compromise --

"We did a lot," said Sen. Barbara Boxer, the former California Democratic Senator who helped lead the Environment and Public Works Committee with Inhofe for more than a decade. "We did a lot together."

Boxer says the key to their success was being honest with each other and respectful of each other.

Inhofe says he became genuine friends with the Democrats he worked with and it made a difference in what they could get done.

It’s a tradition in the Senate for outgoing members to make a farewell speech on the Senate floor. Senator Inhofe is expected to make his November 16, the day before his 88th birthday.