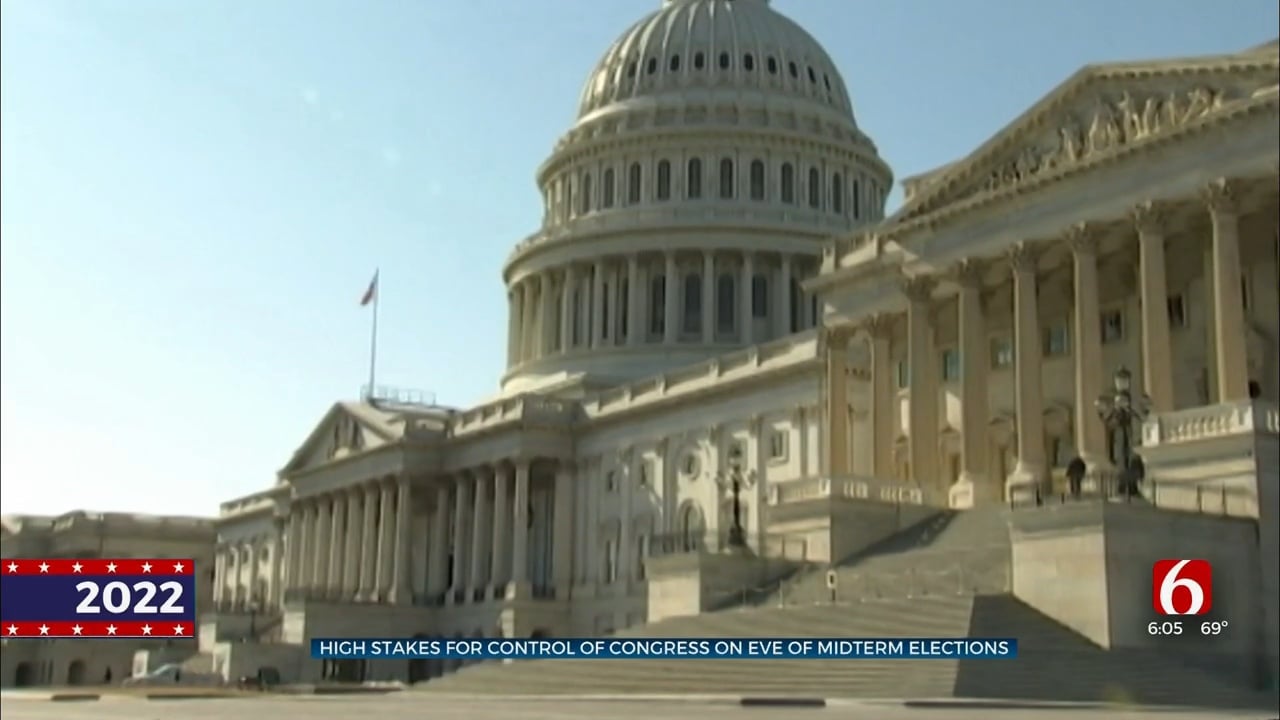 Among the many important decisions voters will make November 8, is which party will control Congress for the next two years. Midterm elections are generally seen as a referendum on the president’s performance, and these are no different, although there certainly are other factors weighing on the electorate this year.

Going into the last midterms in 2018, Republicans controlled both chambers of Congress, but blowback against Donald Trump vaulted Democrats into the majority in the House. Now in 2022, depending on what happens Tuesday, Republicans are poised to make a similar, if not bigger, move.

In Oklahoma and across the country, many voters have already spoken, through early and mail-in options.

While polls show abortion rights is the top issue for about a third of voters, high inflation is the driver for almost half, and most Americans at least partially blame the Biden administration and Democrats.

The result, most analysts believe, is that Republicans will regain the majority in the U.S. House.

With 435 total seats, either party needs 218 to be in the majority. Democrats barely have the edge now, 220-212 (three seats are vacant), meaning the GOP is looking for a net gain of six seats.

The margin is even closer in the Senate. The upper chamber's 100 seats are currently split 50-50, with Vice President Kamala Harris, as President of the Senate, giving Democrats the slight majority.

Thirty-five of the 100 seats are up for election, meaning the GOP needs a net gain of just one, while Democrats would be happy with a draw.

Campaigning is at fever pitch, but observers have one final, non-political, message -- be patient while votes are counted.

Some of the Senate races look to be so tight at the moment that it’s certainly possible we won’t know for several days, maybe longer, which party has the majority.