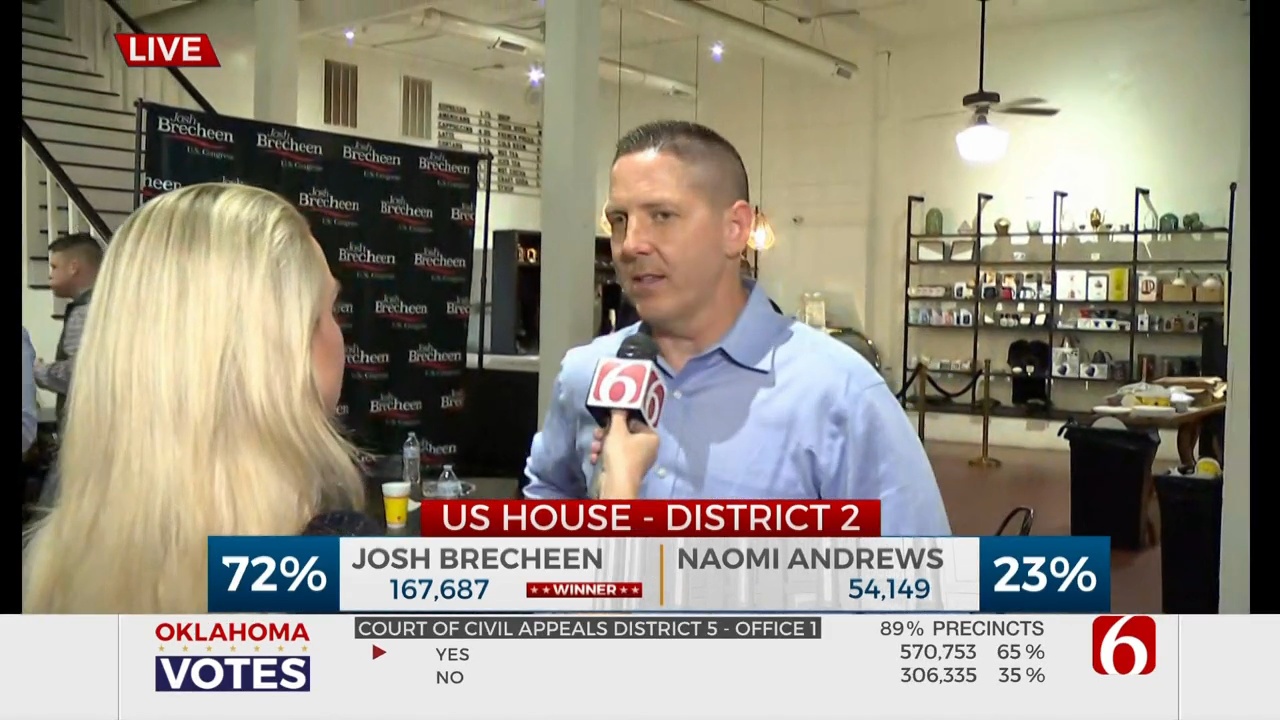 Republican Josh Brecheen has won the election for US House District 2 in Oklahoma.

Republicans in Oklahoma are heavily favored to retain all five of the state’s U.S. House seats on Election Day, but the GOP will welcome a new face to the delegation after U.S. Senator Jim Inhofe’s plan to retire shook up the political scene.

Only one of the five districts — the sprawling 2nd Congressional District in eastern Oklahoma — is an open seat, with five-term GOP incumbent Rep. Markwayne Mullin vacating the post in a bid to replace Inhofe in the Senate.

Former state Sen. Josh Brecheen, a citizen of the Choctaw Nation and the owner of a Coal County excavation company, won that seat on Tuesday over Democrat Naomi Andrews, a political newcomer who lives outside of the district in Tulsa. A protege of and former field worker for the late U.S. Sen. Tom Coburn, an influential figure in state GOP politics, Brecheen promised to serve no more than eight years in the U.S. House. Mullin made a similar pledge when he first ran in 2012, saying he would only serve six years, but then broke it when he ran for a fourth term in 2018.

GOP candidates in each of Oklahoma’s five districts enjoying massive fundraising advantages over their Democratic opponents.

Brecheen, who received a last-minute endorsement from former President Donald Trump, raised nearly $540,000, according to the most recent campaign finance reports, compared to less than $8,000 for Andrews.

Ben Robinson, a former Democratic state senator from Muskogee, also was in the race as an independent but reported raising no money.

In the 5th Congressional District that includes most of Oklahoma City, first-term Republican U.S. Rep. Stephanie Bice is favored over Democrat Joshua Harris-Till and independent David Frosch. The district was the last one in Oklahoma held by a Democrat, former U.S. Rep. Kendra Horn, but was redrawn by the GOP after Bice narrowly defeated Horn in 2020 to make it safer for Republicans.

Bice reported raising more than $2.3 million, the most of any U.S. House candidate in Oklahoma, compared to about $53,000 for Harris-Till, according to the most recent campaign finance reports.