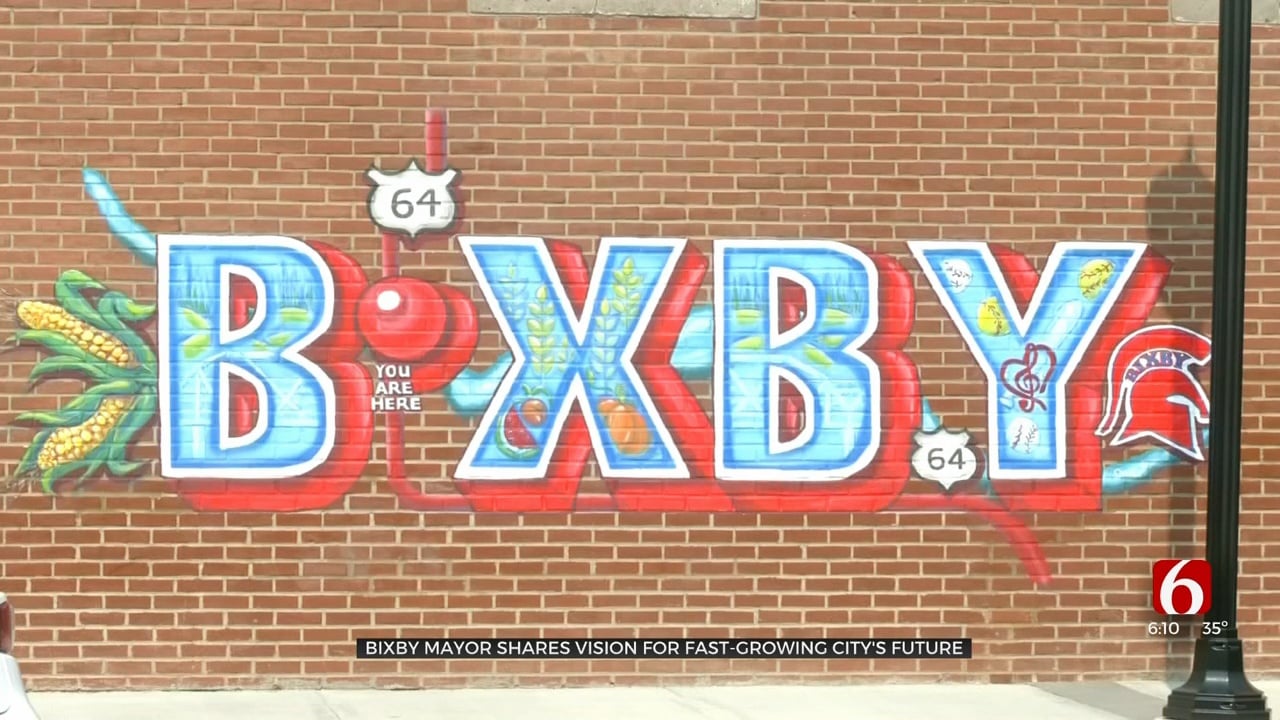 The city of Bixby is booming and has added more than a thousand jobs in the past two years.

Mayor Brian Guthrie talked about what the city accomplished this year and what the next few big projects will look like in his State of the City address.

Guthrie said he is excited Bixby is bringing in more jobs and more people.

"We've always been known as a bedroom community,” said Guthrie. “But more than 80 percent of our population travels outside of Bixby for a job, and so we knew that we had a gap in our daytime traffic. So we filled that by adding jobs."

He talked about the projects currently happening, like coordinating the traffic lights on a stretch of Memorial. He also showed drawings for future projects like the $43 million Performing Arts Center.

The city has also been working to get more shops and businesses in downtown.

"I'm most excited about our downtown, just the revitalization of downtown,” said Guthrie. “Our downtown was looking a little tired, and mostly used for storage, and now we're seeing that revitalization just in the last couple of years."

Krystal Crockett, the Bixby Metro Chamber of Commerce President and CEO, said the city has grown at an average of a thousand new people per year.

She said bringing businesses will help the city grow even faster.

"The more restaurants we have, and retail and service industry, those things really start building up that backbone that those larger industries are going to need, as well as our residents that live and work here," said Crockett.

She hopes the new stores and restaurants will keep people spending their tax dollars in Bixby.

"We have so much residential growth that we want all of our residents to have everything they need inside the city of Bixby," said Crockett.

Guthrie said people should be looking forward to what the next few years will look like for the city.