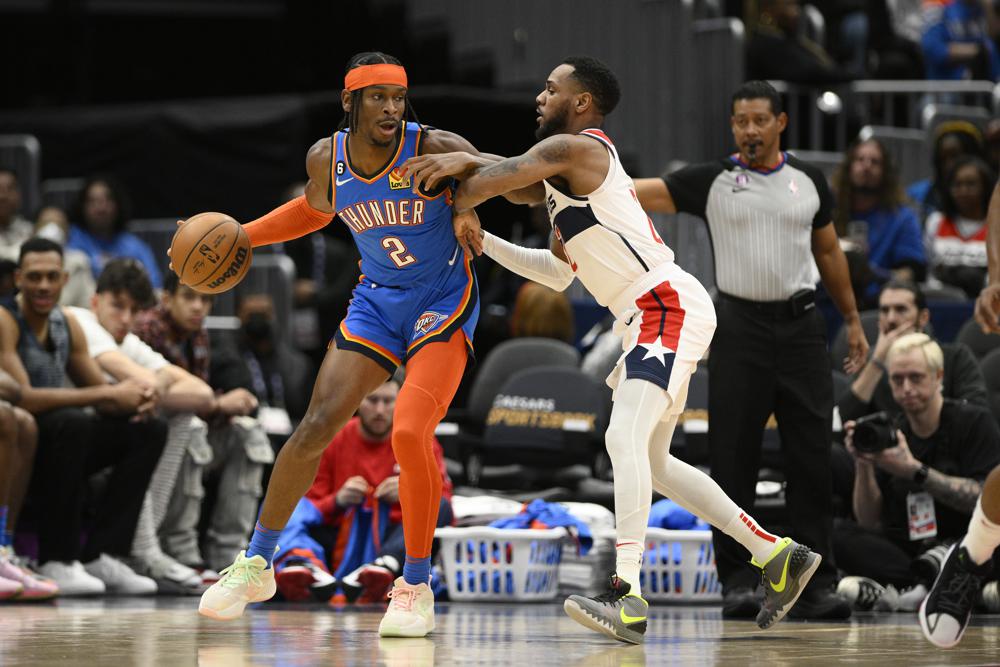 Shai Gilgeous-Alexander hit a 3-pointer with 1.1 seconds remaining and matched a career high with 42 points as the Oklahoma City Thunder beat the Washington Wizards 121-120 on Wednesday night.

Alexander scored 30 points in the second half, making nine of his 10 field goals in the final quarters.

Kristips Porzingis scored 27 points for Washington, which had its four-game winning streak halted.

Bradley Beal, whose jumper with 6.1 seconds remaining gave the Wizards a 120-118 lead, finished with 25 points. Beal returned after missing five games, three while in the league’s health and safety protocols and two for rest.

Thunder: F Darius Bazley missed his fourth straight game with a sprained right ankle. G Tre Mann was out for a second game with low back soreness. … The team spent part of Tuesday taking a White House tour. “I thought it was great exposure for our team,” coach Mark Daigneault said. “The season, it narrows your focus into the next city, next game, next day. It’s a broadening experience when you do something like that. It broadens your scope, and I think that’s important in a long season.” … Gilgeous-Alexander missed five free throws. In the season’s first 13 games, he missed six.

Wizards: Beal had two steals, giving him 737 for his career. He passed Elvin Hayes for the third in franchise history. … G Delon Wright hasn’t played since Oct. 25 due to a strained right hamstring. “He’s supposed to get reevaluated this week,” coach Wes Unseld Jr. said.