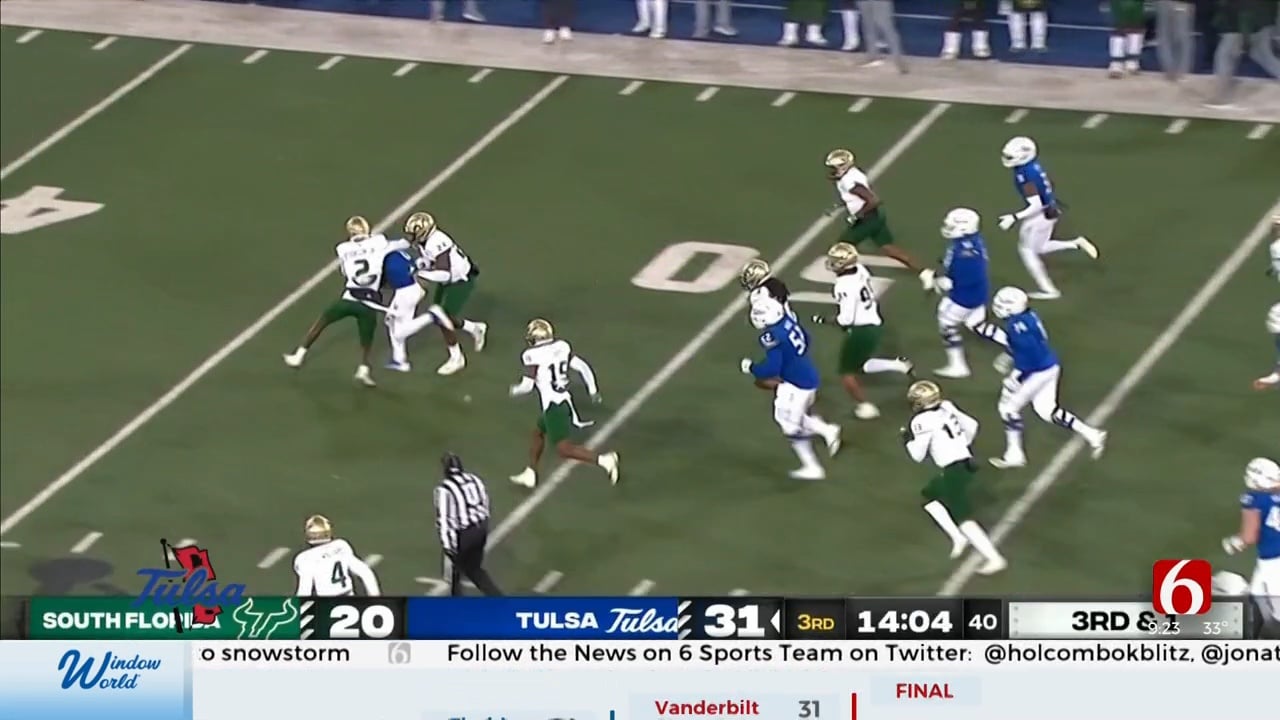 Deneric Prince rushed for 220 yards and two touchdowns, Braylon Braxton threw for 302 yards and a score and Tulsa held off South Florida 48-42 on Friday night.

Brown, who completed all 11 of his pass attempts in the first half, hit Sean Atkins for an 18-yard touchdown, but Zack Long kicked a 23-yard field goal with 3 seconds left to put Tulsa up 31-20 at halftime.

Braxton stretched Tulsa’s lead to 38-20 with a 1-yard scoring run on the first possession of the third quarter. Brown answered with a 6-yard scoring run and a 17-yard touchdown pass to Jayson Littlejohn and Brian Battie’s 2-point conversion run to get the Bulls within 38-35.

South Florida (1-10, 0-7) turned a punt into a 13-yard loss on the first play of the fourth quarter, giving the Golden Hurricane a first down on the Bulls’ 18-yard line. Three plays later Prince scored from a yard out to make it a two-score game.

Battie scored on a 21-yard run with 2:49 to play for South Florida. An onside kick was unsuccessful but the Bulls defense forced a three-and-out. USF took over on its own 9-yard line and turned the ball over on downs without gaining a yard.