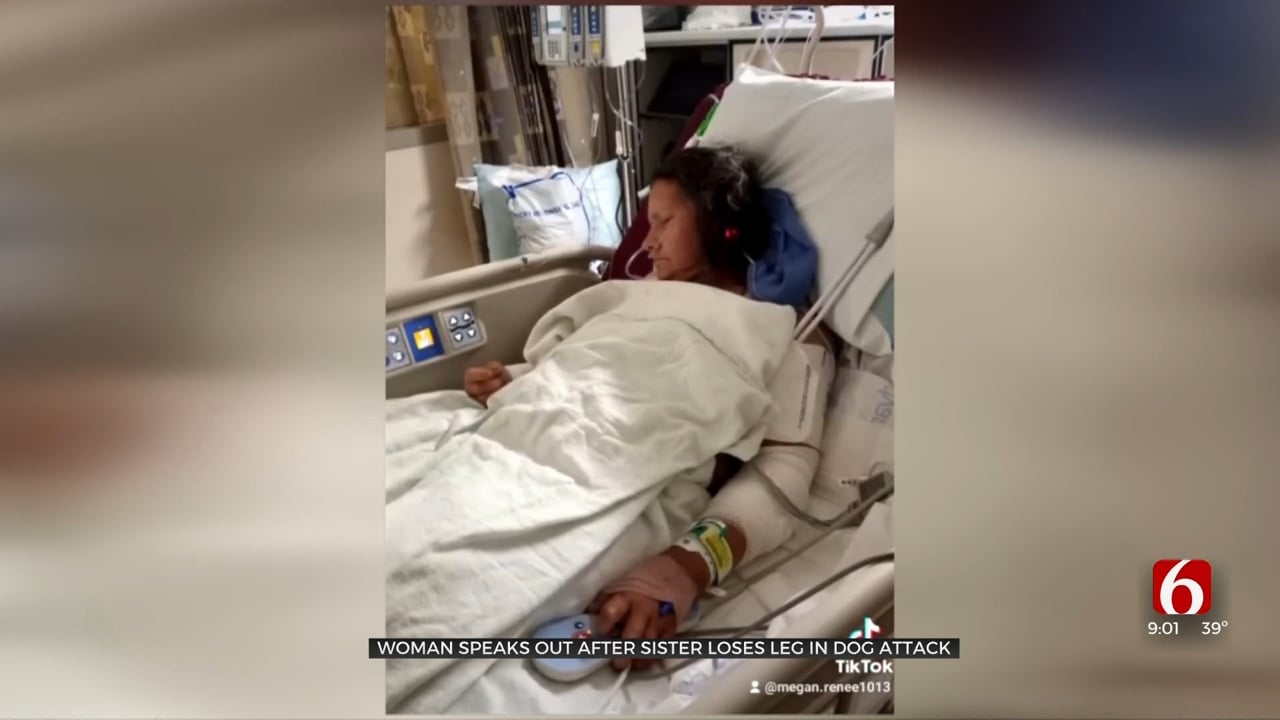 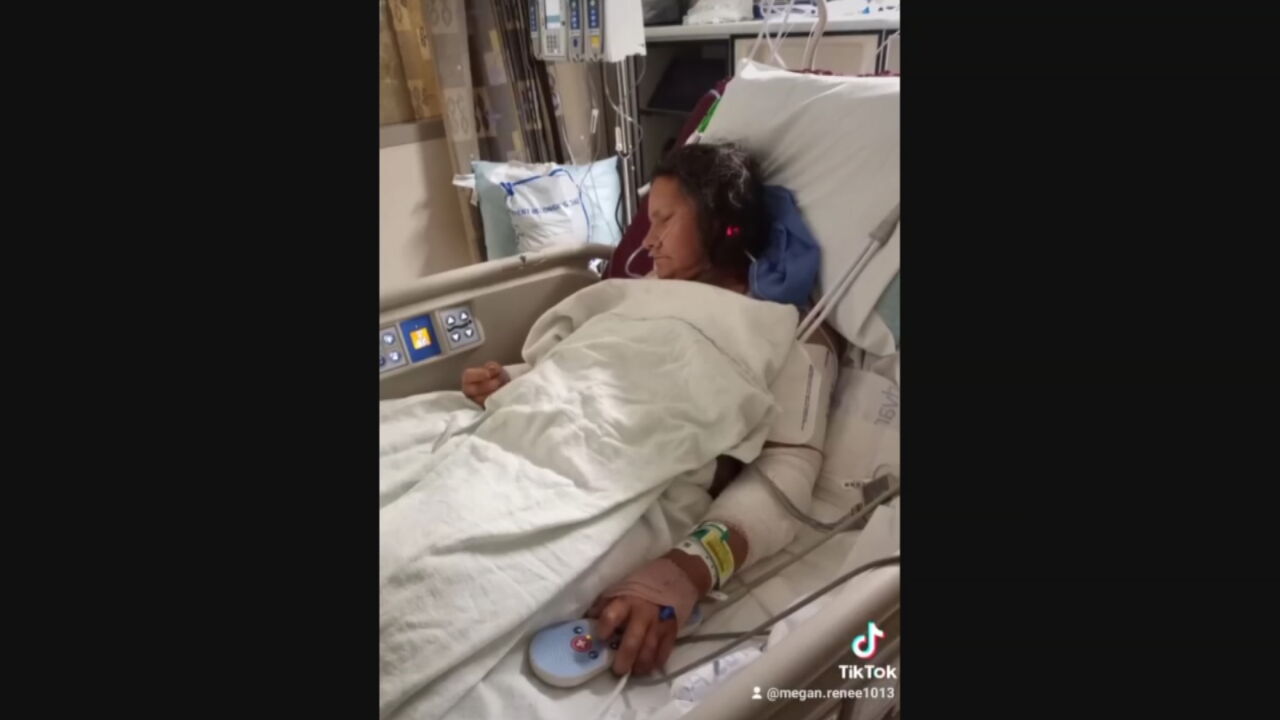 A Tulsa woman is warning people about the dangers of walking on the Katy Trail after her sister loses her leg to a dog attack.

Tammy Copeland was attacked by two pit bulls by her house in West Tulsa on November 7th.

She spent a week and a half in the ICU and had her right leg amputated because of her injuries.

Her sister said they are hoping people will be more careful with their animals.

"I was walking up the bike path coming from the store, and my sister was covered in so much blood, I didn't even recognize that it was my sister," said Kristina Garner, Copeland’s older sister.

Tammy has bite marks over her entire body, and has had to get stitches in her arms and left leg.

Because of the damage to Tammy’s right leg, she made the decision to amputate it.

"There was nothing left of her leg but one tendon, one artery, and one nerve,” said Garner. “Everything else was gone. There was no saving it."

Garner says it’s become common for dogs to run loose in this neighborhood and hopes people will see what happened to Tammy and be more careful.

"When I went up to the store two days ago, there was three pits, running together, no owners, no leashes, nothing,” said Garner. “Who owns these dogs? Why are they allowed to run free in this neighborhood? Because if they're hungry, they're going to do what these dogs did."

She says she never expected this to happen to Copeland.

"My sister never did anything to anyone,” said Garner. “And there's no reason these dogs should have eaten her like this. No reason at all."

She says there is a long road ahead for Copeland and their family.

"It's been horrible,” said Garner. “And I don't think any other family should have to go through this."

There is a GoFundMe page for Copeland’s hospital expenses HERE.