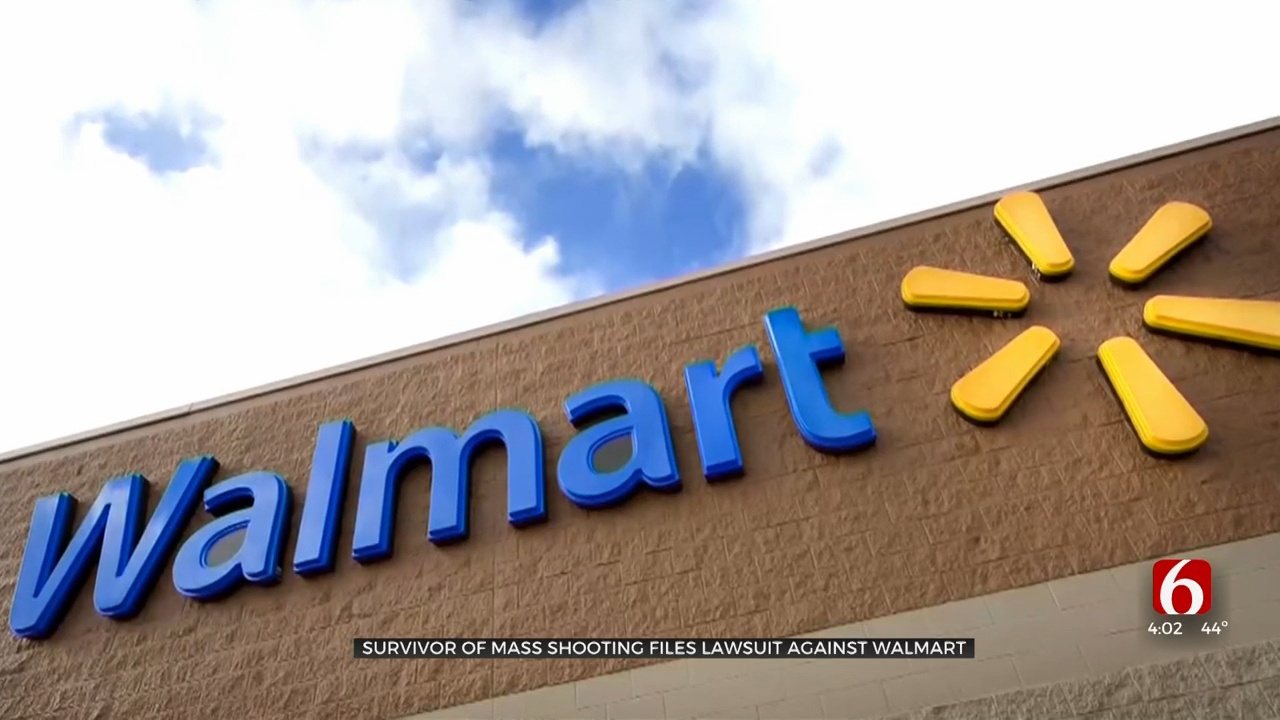 A Walmart employee who survived last week’s mass shooting at a store in Virginia has filed a $50 million lawsuit against the company for allegedly continuing to employ the shooter — a store supervisor — “who had known propensities for violence, threats and strange behavior.”

The lawsuit, which appears to be the first to stem from the shooting, was filed Tuesday in Chesapeake Circuit Court by Donya Prioleau.

Walmart, which is headquartered in Bentonville, Arkansas, said in a statement that it was reviewing the complaint and will respond “as appropriate with the court.”

“The entire Walmart family is heartbroken by the loss of the valued members of our team,” the company said. “Our deepest sympathies go out to our associates and everyone impacted, including those who were injured. We are focused on supporting all our associates with significant resources, including counseling.”

Prioleau’s suit alleges that she has experienced post-traumatic stress disorder, including physical and emotional distress, from witnessing the rampage in the store’s breakroom on Nov. 22. Her lawsuit offers fresh details of the terrifying attack and provides a long list of troubling signs displayed by the shooter that she claims managers failed to address.

“Bullets whizzed by Plaintiff Donya Prioleau’s face and left side, barely missing her,” the lawsuit states. “She witnessed several of her coworkers being brutally murdered on either side of her.”

The lawsuit alleges that Bing “had a personal vendetta against several Walmart employees and kept a ‘kill list’ of potential targets prior to the shooting.”

The list is in reference to a “death note” found on Bing’s phone and released Friday by authorities. The note appeared to contain specific references to people he worked with, but authorities redacted their names.

Bing was a Walmart team leader who had worked for the company since 2010. He was responsible for managing the overnight stocking crew, including Prioleau, who started her job in May 2021, the lawsuit says.

The lawsuit claims management knew or should have known about Bing’s disturbing behavior and lists several instances of alarming conduct.

“Prior to the shooting, Mr. Bing repeatedly asked coworkers if they had received their active shooter training,” the suit states. “When coworkers responded that they had, Mr. Bing just smiled and walked away without saying anything.”

Bing “made comments to other Walmart employees and managers suggesting that he would be violent if fired or disciplined,” according to the suit, which also says Bing “was disciplined leading up to the shooting, making his violent outburst predictable.”

In another instance, Bing told co-workers “he ran over a turtle with a lawnmower just to see its (guts) spray out, which made him hungry and reminded him of ramen noodles,” the lawsuit says.

Bing was previously disciplined for bad behavior and harassing employees, but Walmart “kept employing him anyway,” the suit says.

In her court filing, Prioleau states that she and her mother attempted to take action against Bing.

Prioleau had submitted a formal complaint on a Walmart Global Ethics Statement Form indicating that Bing had “bizarrely and inappropriately commented on Ms. Prioleau’s age,” the lawsuit stated.

The lawsuit alleges that Bing told her: “Isn’t your lady clock ticking? Shouldn’t you be having kids?”

Prioleau also complained that Bing had harassed her for “being poor and being short,” according to the lawsuit.

The lawsuit states that she also informed Walmart that Bing called her a “bitch” under his breath.

In September, Prioleau’s mother expressed concerns to a Walmart manager about her daughter’s safety “because it appeared their concerns were falling on deaf ears,” the lawsuit states.

The manager said “there was nothing that could be done about Mr. Bing because he was liked by management,” according to the suit.

Before the shooting, Bing told co-workers that “the government was watching him,” the suit says. “He kept black tape on his phone camera so no one could spy on him.”

In the note left on his phone, Bing claimed he was harassed and said he was pushed to the brink by a perception that his phone was hacked. The note also accused colleagues of mocking him.

“The way he was acting — he was going hunting,” she said.

In a note to employees on Tuesday, Walmart president and CEO John Furner wrote that the people who were killed were “amazing, irreplaceable members of our family.”

“The Walmart Foundation also intends to contribute $1 million to the United Way of South Hampton Roads’ Hope & Healing Fund, which will support those impacted by the shooting and the broader Chesapeake community,” Furner wrote.