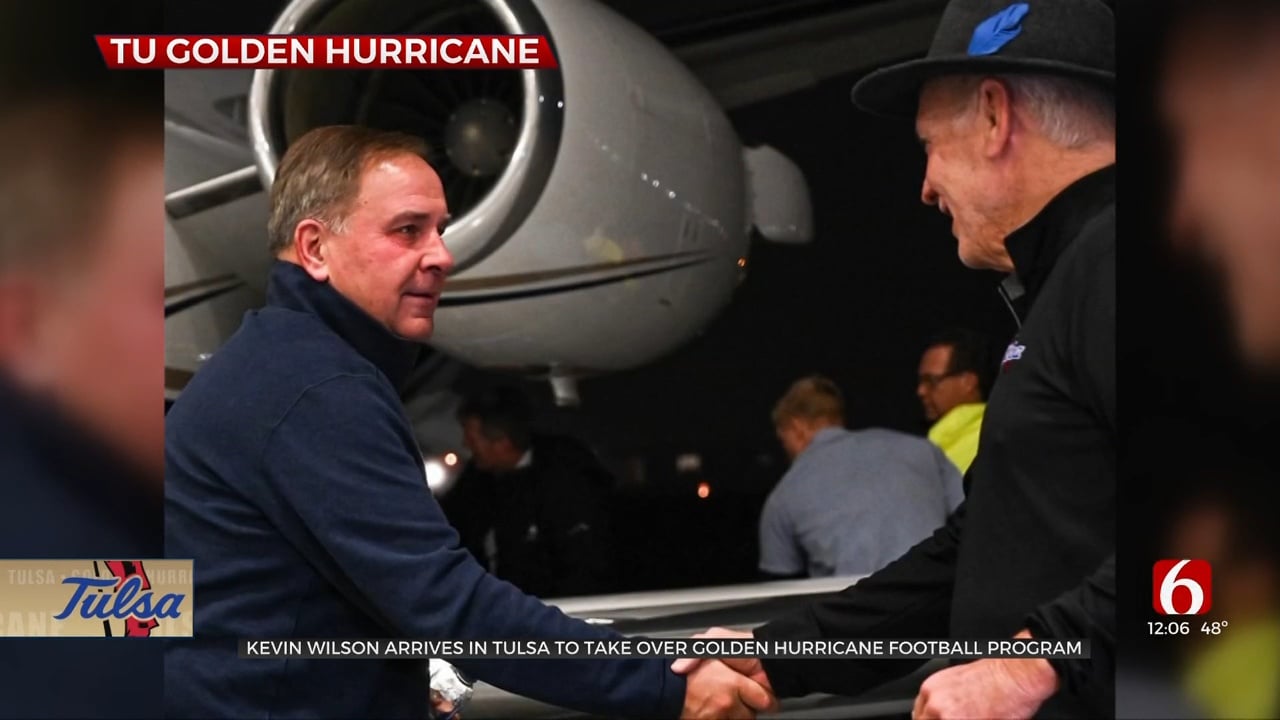 Former Ohio State offensive coordinator Kevin Wilson has landed in Tulsa as he prepares to take over as head coach of the TU football program.

Wilson has spent the previous five seasons as the offensive coordinator at Ohio State and before that was the head coach at Indiana.

Wilson however is no stranger to Oklahoma, he was the offensive coordinator in Norman from 2002 to 2010.

An introductory news conference is set to take place at 3 p.m. on Tuesday.